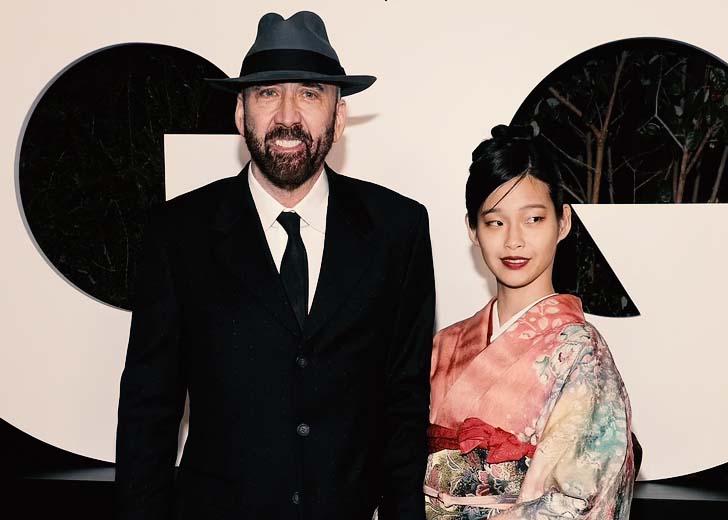 Congratulations are in order for Nicolas Cage and his present wife, Riko Shibata, who are expecting their first child together.

The American actor’s rep confirmed the news exclusively to People on Thursday, January 6, 2022. “The parents-to-be are elated!” added the rep.

The now-married couple first met each other in early 2020 through mutual friends while Cage was in Shiga, Japan, filming his movie, Prisoners of the Ghostland.

They got to know each other better and eventually began dating. They were first photographed in February 2020, when the duo visited Cage’s nine-foot pyramid-shaped tomb at New Orleans cemetery — Cage had bought the tomb in 2010 for his future funeral.

After dating each other for several months, Cage eventually proposed to her. The actor broke the engagement news on his brother Marc Coppola’s radio show in August 2020.

“She left New York and went back to Kyoto, Japan, and I went back to Nevada and I haven’t seen her for six months. We’re really happy together and we’re really excited to spend that time together so I finally just said ‘Look, I wanna marry you’ and we got engaged on FaceTime,” he said.

Nicolas Cage and his wife Riko Shibata snapped together in New York City in 2020. (Photo: The Sun via The Mega Agency)

For the engagement ring, the actor ordered a custom-made black diamond engagement ring, as Shibata’s favorite color is black. Shibata was in Japan at that time, so he sent the ring to her through FedEx. And that’s how they got engaged.

Following months of engagement, the two decided it was time to settle down. Honoring Cage’s late father’s birthday, their wedding was done on February 16, 2021. The wedding ceremony was held at Las Vegas’ Wynn Hotel, and it was “small and intimate.”

Their wedding was first reported by DailyMail and later confirmed by Cage himself via People. “It’s true, and we are very happy,” the actor told People.

On their special day, the groom donned a Tom Ford tuxedo, and the bride looked stunning in a handmade Japanese Bridal Kimono. The pair exchanged both traditional Catholic, and Shinto vows during the ceremony.

Following the marriage, Shibata changed her last name to match her husband’s last name, Riko Cage, which was also seen in their marriage certificate as posted on the Clark County Clerk’s Office.

Since their marriage, the two have been relishing their life as husband and wife duo. They made their first-ever red carpet appearance in July 2021 during the premiere of the actor’s movie titled Pig.

In October 2021, they posed together for their debut magazine cover for Flaunt magazine. In the next month, the couple accompanied each other at the 2021 GQ Men of the Year party’s red carpet event in West Hollywood.

And with a child coming, it’s fair to say that Cage and his present wife’s marital relationship has been doing well.

Who Is Nicolas Cage’s Present Wife?

As per People, Cage’s present wife, Riko ‘Shibata’ Cage, is an actress just like her husband.

Besides that, little to no information is presently available on her as she lives a private life. Furthermore, as she doesn’t have social media handles, it isn’t easy to find more details about her.

Nicolas Cage Has Been Married – And Divorced – Four Times

Before his marriage with his present wife, the Long Beach, California native actor had been married and divorced four times.

His first marriage was with American actress Patricia Arquette. They tied the knots in 1995 and got divorced in 2001.

Following that, the actor married singer-songwriter Lisa Marie Presley in 2002. However, their marriage lasted for only two years as they ended things in 2004.

His third marriage was with Alice Kim, whom he met in a restaurant in Los Angeles when Kim was working as a waitress. They shared the wedding vows in 2004, and in the next year, they welcomed their first child, a son named Kal-el Coppola Cage.

Their marriage lasted for over a decade as they walked down separate ways in 2016. Though they are divorced, the former couple has maintained a friendly relationship. Besides, after Cage’s marriage with his present wife, they attended a small celebration with Kim.

Cage’s fourth marriage was with a make-up artist named Erika Koike. He tied the knots with her in March 2019 only to file for a divorce just four days later. Their divorce was finalized in July 2019.

Before all of these marriages, Cage was in a dating relationship with actress Christina Fulton. From that relationship, he is a father to a son named Weston Coppola Cage — born in 1990.