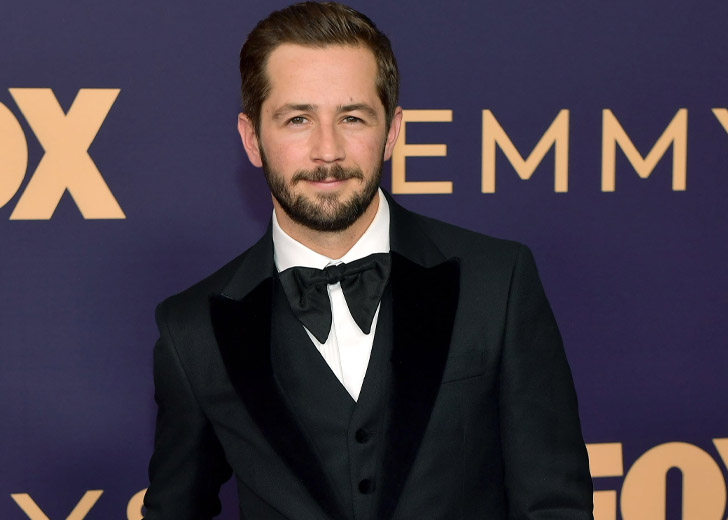 Since Music of the Heart made him famous, Michael Angarano’s dating life has been widely covered in the media. The actor has dated several well-known individuals, from his co-star Juno Temple to Alia Shawkat.

However, did you know Music of the Heart actor Michael Angarano and Twilight‘s star Kristen Stewart were an iconic couple before she broke his heart and moved on to another man?

Before breaking Robert Pattinson‘s heart by having an affair with Snow White and the Huntsman director, Stewart similarly destroyed Angarano’s heart by leaving him for her Twilight co-star in 2009.

The young pair started dating in 2005 when they were still in their teens after meeting on the set of the independent drama Speak and fell in love right away.

The two developed their acting careers together throughout the years, despite being somewhat unknown at the time.

However, their blissful union faced its first obstacle in 2008 when Stewart was chosen to play Bella Swan opposite Pattinson in Twilight.

Reports of off-screen chemistry between Stewart and Pattinson throughout filming and the movie’s promotional travels proliferated after its November 2008 release.

After almost four years of dating, Stewart and Angarano divorced in May 2009. At the time, it was widely believed that Pattinson and Stewart were more than just good friends.

Two months prior to their breakup, in March 2009, the Charlie’s Angels actress told E! News that she and Pattinson did not see each other. She said, “Rob and I are great friends.”

Regarding the rumors, Stewart noted that she and her boyfriend Angarano “laugh about it.”

Who is Michael Angarano’s girlfriend now?

Angarano doesn’t have a girlfriend; instead, he is engaged to fellow actress Maya Erskine. On September 16, 2019, Angarano and Erskine’s romance was first made public on Instagram.

When they were both nominated for Emmys at the time, he uploaded a selfie of them together at the event.

“Ohhh look who it is sitting right behind me completely randomly at an awards show in which we were both nominated who I also happen to be in love with,” the Will & Grace actor wrote.

Erskine shared the exact photo on the same day, slightly zoomed in, with the caption, “Look who was sitting right in front of me. I ❤️ you.”

After being engaged for roughly a year, on November 3, 2020, the pair announced they were expecting a baby via Instagram.

They disclosed pictures of the Erskine’s growing belly alongside a cute message that read, “When 2 becomes 3.”

Similarly, the Wild Card actor also wrote, “And then there were 3… also, we’re engaged,” alongside a lovely picture of him cradling his fiance’s baby bump.

On December 5, 2021, the Man Seeking Woman actress revealed that she had welcomed a baby boy named Leon Frederick.

In a joint interview with co-star and creator of PEN15 Anna Konkle for Vogue, the actress talked openly about her pregnancy experience.

“I told Anna once I went to the doctor to confirm, so I think that was August. I had told her that Michael and I were going to start trying.”