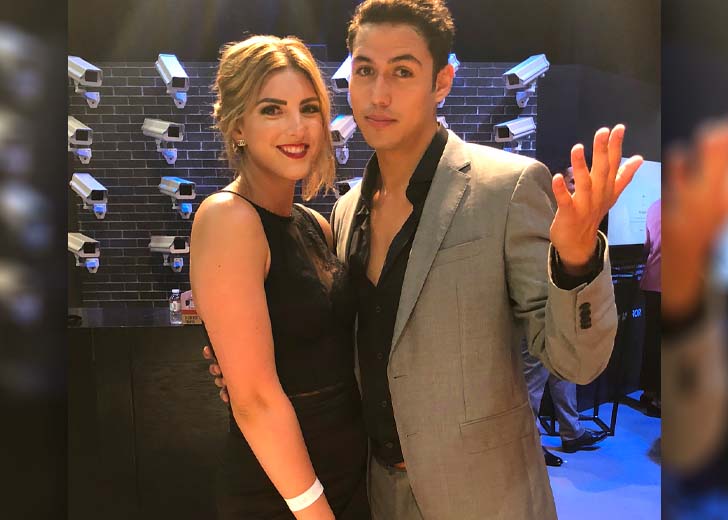 Julio Macias and his wife, Shannon Schotter, are extremely private about their married life.

Julio Macias has been in the business for a decade. His big break came in 2018 when he was cast as the tattooed gang boss Oscar ‘Spooky’ Diaz in the Netflix series On My Block.

However, by season 3, Spooky had left the gang life and had a girl with a kid on the way. This has led many to question Macias’ personal life —  asking questions like whether he is married and has a wife or partner.

We all know that actors undergo bizarre makeup changes, and Macias, who plays Spooky, looks nothing like the character he plays. The man behind the part is almost unrecognizable without the enormous neck and face tattoo, facial hair, and shaved head.

Fans frequently make second takes when they see Macias in his regular attire on Instagram. The actor maintains his account pretty professional, posting just work images and not much about his personal life.

However, his wife, Shannon Schotter, is more open about their love life on social media. She often posts pictures of the actor and their family —  showing their fans and followers the inside of their married life.

Although the actor has never discussed his personal life, he did tell Hollywood Life that his wife grew up in Orange County. We don’t know much about his marriage, but we do know that he has been in a long-term relationship with Shannon Schotter.

But as stated earlier, unlike Macias, his wife frequently shares images from their dates, vacations, and excursions with him. Schotter posted on Instagram in 2015 to commemorate their fourth anniversary, stating how the pair shared four years of experiences.

The pair do not have any kids; however, they have a dog together.

Schotter is a make-up artist, hairdresser, and special effects artist based in Los Angeles. Her professional training began when she was 18, but her love of make-up and how it can alter individuals started at a very young age.

According to her website, she attended MUD after getting her cosmetology license, where she honed her innate ability in a variety of disciplines, including beauty make-up, injury FX, and prosthetic treatments.

Macias and his wife are both involved in the entertainment industry. However, Macias works in front of the camera while Schotter works behind it.

Schotter’s work is seen throughout the entertainment business because of her ten years of expertise as a freelance makeup artist. She has worked in the make-up department on more than 30 films, including Only in LA and A Voodoo Possession.

Working in commercials, cinema, television, music videos, and digital content has allowed her to collaborate with a diverse variety of talent, including Kathryn Hahn, Danny Trejo, and Keegan Michael Kay.