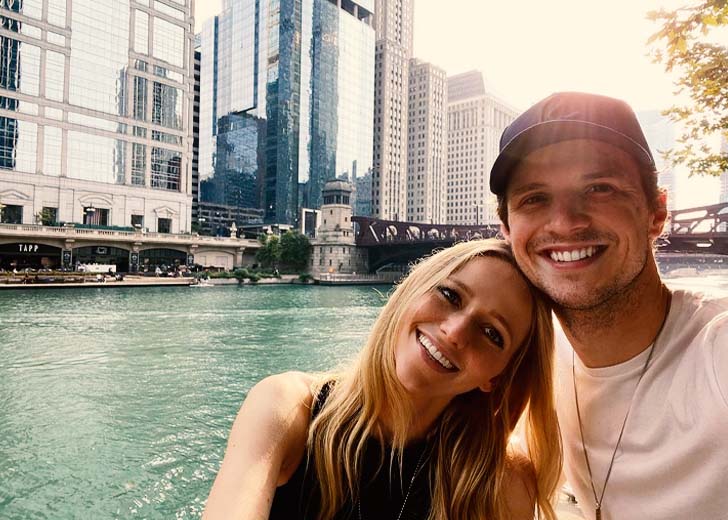 British actor and model, Freddie Stroma, born on January 8, 1987, seems to be the happiest man on the earth after his marriage with his girlfriend turned wife, Johanna Braddy, an American actress.

The love story behind the happily married couple is still like a dream come true moment as both the celebrities were busy with their schedule, making their career their love stage. The couples were in the middle of the shooting when they went head over heels for each other.

How did Freddie Stroma and Johanna Braddy meet each other?

The most awaited answer for the fans regarding Stroma and Johanna’s first encounter would be the Lifetime series Unreal.

Unreal did a great deed to the actor’s career and relationship life as he met his wife on the set where Stroma played as a conflicted lead (The Bachelor) and Braddy as the receiver of the final rose.

The on-set love story led to something surreal behind the scenes, leading to the co-stars’ romance.

Before the love story, rumors about Stroma being gay were circulated in 2013 for his role Jack in the movie After the Dark, but with his current life, we can safely conclude that actor was never gay to start with, and the rumors were baseless.

The duo has been in a dating relationship since the summer of 2015, followed by Stroma’s proposal for marriage on May 15, 2016, during their romantic holiday in Vancouver.

Marriage was held after six months of the engagement on December 30, 2016, in Atlanta, Georgia, stated by The Knot in an article.

As the duo was taking their career to another height, Stroma being ready to cast on Game of Thrones while to-be-bride, Braddy wrapping the second season of Quantico, the entire responsibility of marriage was taken over by the bride’s mother, Jo Beth Braddy. She tried her best to fulfill her daughter’s dream wedding, which she did as the wedding was one of a kind.

Even after being married for six years, the couple seems not to have had enough of each other, as Braddy’s social media is filled with their love.

Braddy recently posted on her Instagram, wishing her husband a very happy birthday, as it captioned,

“Birthday appreciation post for the kindest and most loving guy out there! Here’s to more adventures with you! Guy out there! Happy birthday sweet Freddie.” on January 8.

Braddy seems to be more active in social media than Stroma, as her Instagram is filled with the happy moments of their loving married life. Yet, Stroma doesn’t seem even to have Instagram but has twitter which is mostly filled with his recent work Peacemaker promotion, which had its first premiere on January 13, 2022.

However, even in busy schedules, the couple doesn’t forget to give each other time and tries to be with each other in every auspicious moment.

Braddy’s Instagram post on January 2, where she posted photos of herself with Stroma captioned as “Buzz off 2021,” can be the proof as they seemed to have celebrated the new year together.

The couples now have happy moments in their lives and hope it stays forever.