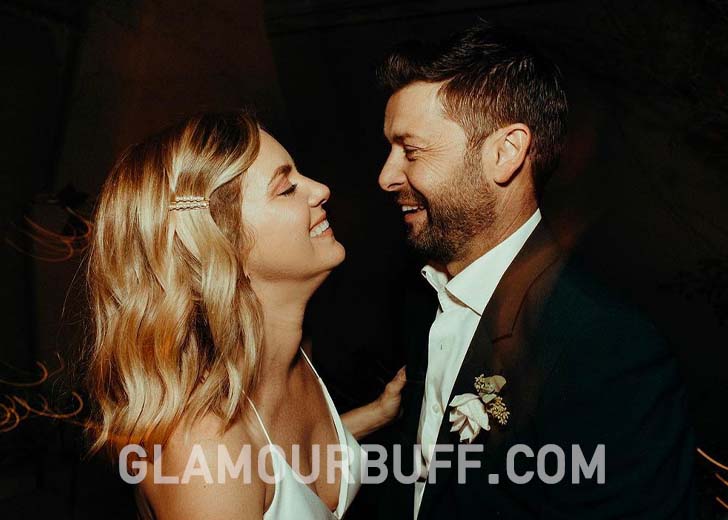 Cindy Busby and Christopher Boyd were meant to be!

Cindy Busby has been with her husband, Christopher Boyd, for about six years.

They dated for nearly three and a half years before getting married on December 12, 2020. The pair routinely flaunts their love on social media, uploading photographs of one other or together.

Similarly, they regularly laud how much they love one another and how happy they are together. Many people, however, are ignorant of how Busby met Boyd or the nuances of their love story.

However, in 2022, Busby divulged facts of her marriage to her spouse. She told Rave It Up TV that her relationship was the one for her.

Here is everything we know about the couple and their dating history.

Does Cindy Busby have a husband?

On January 23, 2022, Busby had an interview with Rave It Up TV, during which she detailed her love life with her husband. She acknowledged that she had never envisaged her love life when she was younger.

Busby had never planned her wedding or dreamt about her Prince Charming as a youngster. This persisted as she grew older, so even having a partner was unusual.

Busby had to go through a lot of trial and error to be with Boyd. She was the sort of person who would attempt to make a relationship work even if it was bound to fail.

But in the end, she’d had enough of it. Instead of straining things to work, she started to appreciate and accept herself.

Busby stopped seeking someone to love her and instead learned to love herself. While obsessed with herself, an ideal person entered her life without knowing.

It was none other than her husband, Boyd.

Finally, she met someone who appreciated her and encouraged her to be the greatest version of herself. Busby met her husband while out with her pals.

She had no intention of finding someone for herself that night. But when Boyd approached her and introduced himself.

Cindy Busby met her husband, Christopher Boyd when she was not looking for a partner. (Source: Instagram)

Unfortunately, he did not remember it, so he hunted her down before she left. While driving with her pals, Boyd tapped on her window and asked for the correct number.

Busby also asked for his phone number and texted him. They then dated for a few months.

The actress needed to depart for Canada, but none of them wanted to break their relationship. Therefore, they attempted long-distance dating, stipulating that they meet every three weeks.

It was the first time someone had prioritized and cared for Busby. She was enamored and fell head over heels for him.

She said that she was astonished when she got engaged since she had never pictured herself married to someone else. Furthermore, she was never a lovey-dovey person, so she wanted something small and minimal.

As a result, she and her husband planned a small and personal wedding. They’ve been married for almost two years and live with their dog.

Who is Cindy Busby’s partner?

Busby’s partner, like her, works in the entertainment industry. He is a producer who likes to work behind the camera rather than in front of it.

He is not that known, yet according to IMDb, he has 18 credits as a producer and 11 as an actor. Busby claimed that Boyd first came to Los Angeles to seek a career as an actor.

He did little acting, but his primary calling was producing. Consequently, he became a producer and had been doing so for the preceding ten years.

His works include The Baxters, Sneakerheads, Play by Play, Relationship Status, In the Vault, All I Need, Shangri-La Suite, and Tell.