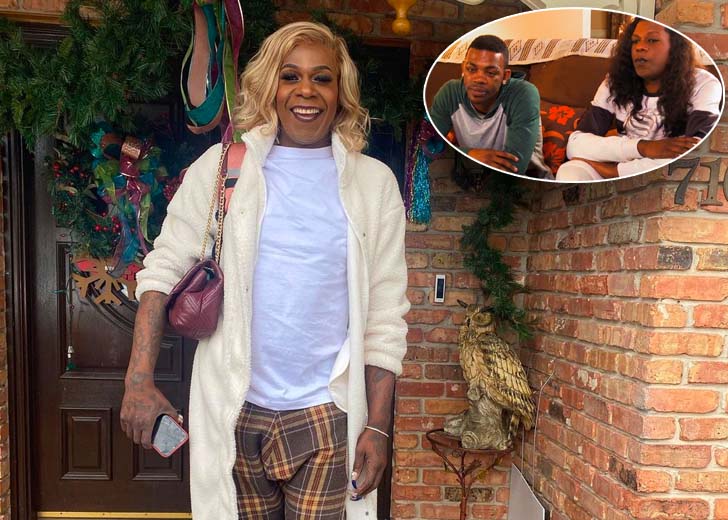 Big Freedia rode away from the chapel, saying, “I could not do this.”

Hailing from New Orleans, Big Freedia has been romantically linked with Devon for over a decade. The pair met when Freedia moved to Houston when Hurricane Katrina devastated her hometown.

During the hurricane, Freedia and her family were at her house, where the water had reached the second level. They cut a hole in the roof to call for assistance.

Days after the evacuation, Freedia traveled to Houston, where she spent the next two years living and met her current boyfriend, Devon.

Is Big Freedia married to her boyfriend Devon?

After being in a relationship for over a decade, Freedia and Devon got engaged sometime in 2017. After dating men for years who were not openly gay, the artist claimed that Devon’s transparency about their relationship had changed things.

She told WNYC Studios, “When your love grows for somebody and y’all get closer you wanna…feel more appreciated, and you wanna feel loved.”

To take their relationship to the next level, the pair decided to get married. Freedia and Devon decided to tie the knot in New Orleans’ French Quarter.

The engaged couple arrived at the chapel, but ultimately they did not exchange their vows. It was all recorded for Freedia’s former reality series Big Freedia Bounces Back, which was never shown, but the deleted scene reappeared that showed what happened on their wedding day.

Freedia was heard stating, “I could not do this,” as she rode away from the chapel while on the phone. Even though Freedia claimed she was prepared for marriage, Devon asked why she abandoned him before their wedding, and he referred to her as a runaway bride.

She confessed, “I didn’t go through with the wedding at the chapel since I still have so much hanging over my head.”

The New Orleans native described that she had legal problems and prioritized her career above all else to keep their bellies full.

Upon hearing her statement, Devon asked Freedia if she would get married to him in the future. “Yes, of course,” Freddie said, stating that she wanted to do a bigger wedding.

Devon inquired about Freedia’s plans for marriage after hearing her statement. Freddie responded, “Yes, of course,” and said she wanted a grander wedding.

Are Big Freedia and Devon still together?

Yes, it appears that Freedia and Devon are still going strong together even though they did not get married in 2017.

The rapper shared a photo of the two of them on her Instagram on Valentine’s Day, 2021. She captioned the picture, “Happy Lovers Day from us to you and yours,” along with red heart emojis.

On October 1, 2021, she wished her fiancé Happy Birthday by sharing a picture of them and wrote, “I wanna wish my bae a Very Happy Birthday we have been together for many years now wanna continue to wish for better years ahead.”

According to WNYC Studios, Freedia and Devon connected through common friends. She told the magazine that she met him during her two years living in Houston after Hurricane Katrina hit New Orleans, where she was born.

It appears that Freedia and Devon are still engaged, although it is unknown whether or not they have made plans for their weddings.