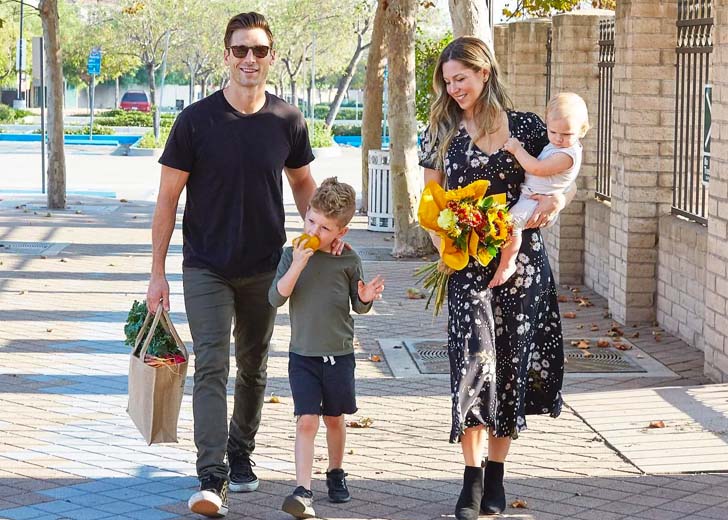 A decade filled with love.

Andrew Walker and Cassandra Troy have officially been married for a decade!

On Tuesday, June 7, 2022, the married couple marked their 10th wedding anniversary. On the special occasion, they took to their respective Instagram handles to share a joint post.

They shared a picture of them in which the Hallmark movie actor was donning a Hawaiian look-alike yellow shirt with blue jeans and his wife was wearing black attire with a small blue purse and a flower on her ears.

Troy had written the caption on their joint post, which read, “10 years later and almost 19 years together. Happy Anniversary my Love. Where does the time go?!” In between the lines, she used a ring emoji and a heart emoji.

Several colleagues of Walker and well-wishers of the couple went down in the comment section to congratulate the two. Tyler Hynes, a fellow Hallmark actor, wrote, “Best looking couple in the game.”

Cuban actor J.R. Ramirez seemed a little jealous of the duo’s relationship as he sarcastically wrote, “We get it we get it… you guys are perfect.” “ASSESSORIZEEEEE…,” he further added with a fire and red heart emoji.

“Happy anniversary y’all! Thank you for sharing part of your lives with us here- y’all are relationship goals!” wrote a well-wisher.

Furthermore, a close friend of the couple wrote, “Wishing you two a Happy Anniversary and many, many more amazing years together. Both of you are two of the most amazing people I’ve ever known. Your kindness is contagious.”

Walker and his wife Troy first met around 2004 and they bonded through their mutual love for nature and eventually started dating. After almost a decade of togetherness, they deemed it perfect to take a further step — they shared the wedding vows on June 7, 2012.

Since their marriage, their relationship has gotten even stronger. And their family became whole when they welcomed children. As of now, the married couple is parents to two kids – both of them are sons.

Their first child, West Byron Walker, was born on July 16, 2015. Similarly, Walker and Troy welcomed their second child, Wolf Reinhard Walker, on December 26, 2019. As of now, the family of four reportedly resides in Los Angeles — they are originally from Montreal, Canada.