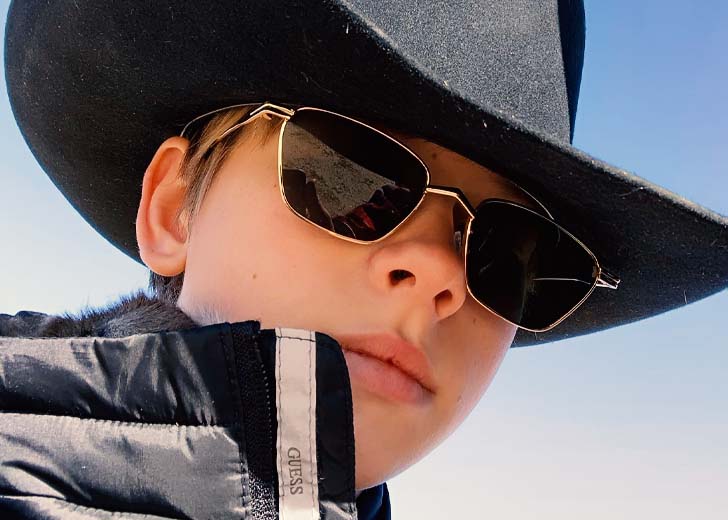 Mason Ramsey is a young American country singer who became an internet sensation in March 2018 when his foot-tapping video at a Walmart went viral. He was yodeling to Hank Williams’ song, Lovesick Blues, in the video.

Following his rise to fame, he was invited to perform at several music festivals and appeared on national television shows, including The Ellen DeGeneres Show. In April 2018, he signed a record deal with Big Loud and Atlantic Records.

A year later, on July 26, 2019, he released his second EP titled Twang. However, after that, he went on a hiatus and has only appeared in Burger King’s 2020 commercial about cow-based methane emissions.

As of this date, he remains on his hiatus, which has raised the curiosity of his fans. So, what happened to him? And what is he doing now?

What is Mason Ramsey doing now?

Since Ramsey’s hiatus, many wondered what happened to that Walmart kid who meteorically rose to fame. There were even questions such as “Did Mason Ramsey die?”

To answer that specific question, the country singer isn’t dead and seems to be doing just fine. Recently, on January 19, 2022, he gave an update on him via Instagram — which was his first post on that platform since January 26, 2021.

Ramsey had posted a series of pictures, and in the first picture, he was seen jet skiing. In one photo, he was alongside a girl, and judging by its looks; it looked like he was going on a prom with his date.

Similarly, there was another picture of him riding a jet ski and one picture of him about to cut his birthday cake. In the caption, he first apologized to his well-wishers for being “so quiet on social media lately.”

He then mentioned that he has been living his life by taking a step back from everything for some time. “I’m 15 now and a lot has changed since that day in Walmart.” he further added.

What could be his big plans? Is he going to release some EPs?, going on a tour?, Or will it be another collaboration with some renowned artist like his collab with Lil Nas X on the latter’s hit song, Old Town Road?

Well, for now, it seems we will have to wait for some more time and see it by ourselves. But, his recent update has cleared one thing that Ramsey has been enjoying his life with his loved ones by his side.

How old is Mason Ramsey?

Earlier, we mentioned Ramsey’s picture of him about to cut his birthday cake. But, when does he celebrate his birthday?

The Angry Birds Movie 2 voice actor celebrates his birthday every year on the 16th of November. Born in 2006, he is presently 15 years of age. His zodiac sign is Scorpio.

Mason Ramsey was raised by his grandparents

The 4 feet 9 inches tall singer was born to parents, John Karen Ramsey and Karen Ramsey. While his father was a hairstylist, his mother was a housewife. Apart from his parents, he has an older sister — 9 years older than him — whose name isn’t disclosed.

Presently, it’s reported that his parents had a rift in their marital relationship and are divorced.

Due to their rift, they handed over Ramsey to his grandparents in Golconda, Illinois, when he was only three weeks old. His grandfather’s name is Ernest M. Ramsey, and his grandmother’s name is Frances Ramsey.

The singer is very close to his grandparents. Besides, it was his grandfather who inspired him to become a singer. As per his official website, his grandfather had a stock of classic records.

Additionally, he occasionally used to host karaoke barbecues where almost everyone in the town would attend. And by the time Ramsey was three, he had gotten the hang of it and was invested in music.

Many people have wondered if the young singer is related to celebrated celebrity chef Gordon Ramsay. It might be because they almost share the same last name.

Posted on August 24, 2022August 31, 2022
CBD vape juice is an excellent alternative for those looking for a healthier way to enjoy their favorite flavors.
Read More