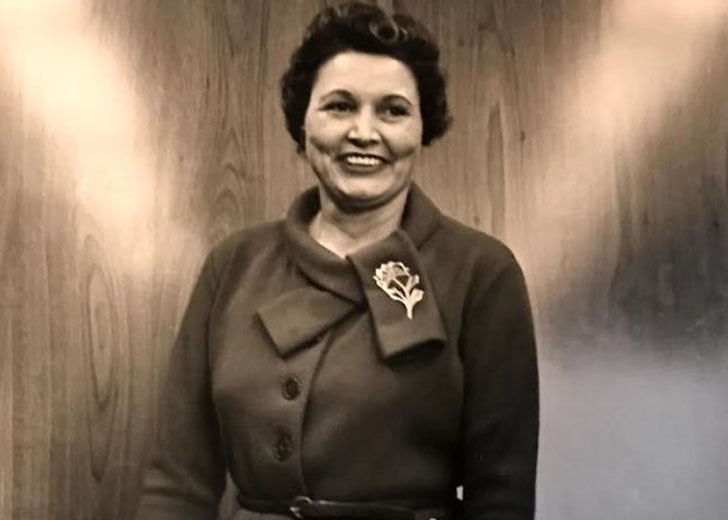 Mary G. Ross is best recognized for being the first known Native American woman engineer who achieved great deeds in her lifetime.

She was an aerospace engineer and one of the 40 founding members of Lockheed Corporation’s highly renowned and secretive Skunk Works project. She joined the corporation in 1942 and worked on multiple aerospace design programs, including the Agena Rocket program.

In addition, her contributions were helpful in designing concepts for interplanetary space travel, “crewed and uncrewed Earth-orbiting flights, the earliest studies of orbiting satellites for both defense and civilian purposes.”

Similarly, some other works she was involved in were the Apollo program, interplanetary space probes, and the Polaris reentry vehicle.

After achieving such great achievements, Ross retired in 1973. Thirty-five years later, at the age of 99, she bid farewell to the world. Ross died on April 29, 2008, in Los Altos, California. She currently rests at peace in Ross Cemetery, Park Hill, Oklahoma.

Born on August 9, 1908, as Mary Golda Ross, she was initially raised in the town of Park Hill, Oklahoma. She was the second of five children of her parents.

Her father’s name was William Wallace, and her mother’s name was Mary Henrietta Moore Ross. Similarly, her great-grandfather was John Ross, the chief of the Cherokee Nation. However, not much is known when it comes to her siblings.

Mary was raised in a family that considered equal education to be provided to boys and girls. She was sent to the Cherokee Nation capital of Tahlequah for her primary and secondary schooling, where she lived with her grandparents.

She began attending Northeastern State Teachers’ College in Tahlequah at the age of 16. By the time she was 20, in 1928, she had received a bachelor’s degree in mathematics.

With further support from her family, she enrolled at the Colorado State Teachers College (presently called the University of Northern Colorado) in Greeley to pursue a master’s degree and follow her love for rocket science and astronomy.

While she was there, she reportedly attended every astronomy class the university had to offer. She graduated in 1938 with a master’s degree in mathematics. Later, in 1949, she earned her professional certification in aeronautical engineering from UCLA.

Was Mary G. Ross married to a husband?

As of this writing, there have been no reports of Ross being married to a husband before her death. In addition, there are no records of her being in a relationship.

Ross was very much in love with her work and gave most of her focus to it. It seems like she didn’t have much time to think about love, walking down the aisle, and settling down with a husband.

As mentioned earlier, Ross took retirement from Lockheed Corporation in 1973. Even after her retirement, she went on to help and inspire her community and the world itself in many ways.

She resided in Los Altos, California, and recruited Native American youth and young women into engineering careers. She supported the American Indians in Science and Engineering Society (AISES) and the Council of Energy Resource Tribes. She was also a member of the Society of Women Engineers since the 1950s.

At the age of 96, she made her appearance (or participated to say) at the opening ceremonies of the National Museum of the American Indian in Washington, D.C. She wore her first “traditional Cherokee dress” of green calico at that ceremony — self-made by her niece.

What was Mary G. Ross’ cause of death?

On April 29, 2008, the first Native American woman engineer bid her farewell to the world. At that time, she was 99-year-old and only a few months were left for her to complete a century – her 100th birthday.

So, what was Ross’ cause of death? Well, it’s reported that her death was of natural causes. Furthermore, there have been no reports that suggest otherwise.

During her time, Ross was one of the few females attending maths classes. Additionally, there weren’t many opportunities for women in fields such as engineering, rocket science, astronomy, and so on.

Considering that, one might surely have the idea that she might have had struggles on her way up. Nonetheless, she overcame all of those struggles, proved everyone wrong, and went on to make history.

The following are some of Ross’ achievements as well as interesting facts: