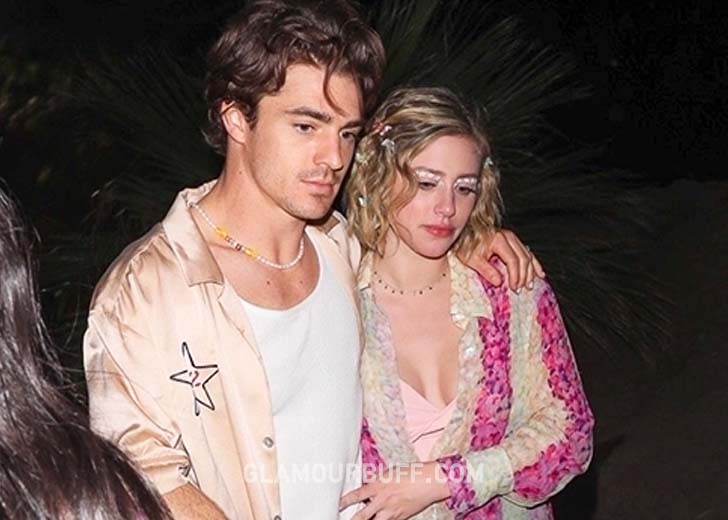 Lili Reinhart is a single woman now, looking for a baby daddy!

It seems like Lili Reinhart has parted with her new boyfriend, Spencer Neville. The break up came shortly after it was revealed that the couple was dating.

The pair never confirmed that they were dating. However, paparazzi pictures of them made netizens believe they were together.

Five months after the rumors spread, fans and followers of Reinhart and Neville believe that the couple has parted ways for good.

Here is everything we know about the pair’s dating history and break up.

While Reinhart and Neville did not officially reveal their relationship, Neville seemed to be a particular individual to attract the actress’ attention after her breakup from Cole Sprouse in 2020.

Reinhart and Neville became romantically connected after they were seen cuddling during Coachella’s first weekend on April 16, 2022. The duo was pictured looking comfy in one other’s arms at Paris Hilton’s “sliving” post-festival afterparty, Neon Carnival.

Their festival clothes were even identical. Reinhart donned a sheer pink and beige flowery top with face rhinestones, while the American Horror Story star wore a silk beige button-up shirt.

After the two were seen at Coachella, a source close to Reinhart revealed to E! News that she was casually dating Neville. The source confirmed that the Riverdale star was “really into” her new boyfriend.

They said, “They met through the industry and were introduced together by a few friends. Lili and Spencer spent the entire weekend together at Coachella and had a lot of fun.”

The source further told the tabloid that Neville was the first person Reinhart was into after breaking up with Sprouse. They continued, “Everyone around her says she seems very happy right now and her friends think Spencer is great.”

While Reinhart has not publicly addressed her dating status, she has said that she would want to be a mother in the future.

Several fans noticed that Reinhart and Neville had stopped following each other on Instagram in late August 2022.

Following and unfollowing on social media is one of the most significant markers of what is going on in celebrities’ personal life, and keen users regularly study their online imprint.

Most of the time, when celebrity couples unfollow each other on the platform, it means that they have gone through a break up. Therefore, it seems like Reinhart and Neville have parted ways for good.

Deuxmoi confirmed that Lili Reinhart and her new boyfriend, Spencer Neville, had gone through a break up. (Source: Deuxmoi’s Instagram Stories)

Their latest online engagement was when Neville shared a carousel of Instagram photos from the Coachella Music and Arts Festival in April, which featured solo images and videos of his favorite shows. “What a time,” he captioned the California festival image, which Reinhart liked.

Deuxmoi, an Instagram news page that shares information about celebrities submitted through anonymous sources, also confirmed that the pair had parted ways via their Instagram Stories.