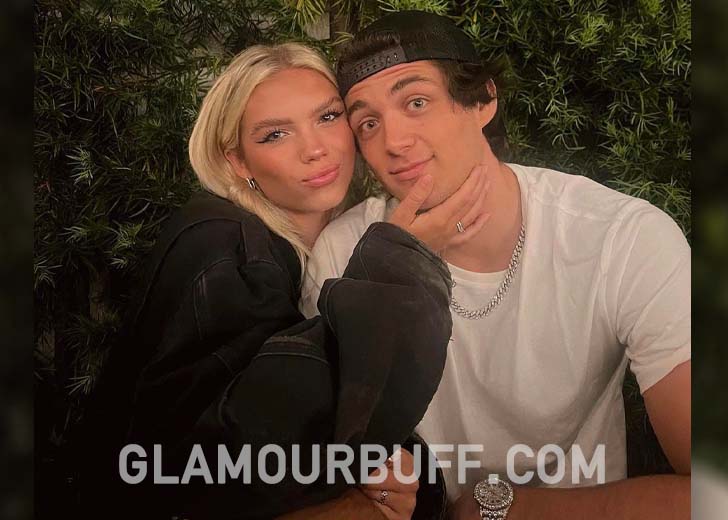 Asher Angel and his girlfriend, Caroline Gregory, are #relationshipgoals.

The pair have been dating since December 2020, and it seems their love has grown every day for the last one and half years.

From Instagram to TikTok, there are a lot of fans of Angel and Gregory’s love. They often post pictures and videos of one another on different social media platforms —  gushing about how much they love each other.

Recently, Gregory took to Instagram to wish her boyfriend on the occasion of his birthday and melted the hearts of her fans and followers.

The Shazam! star was born on September 6, 2002, making him 20 years old as of 2022. His girlfriend posted an adorable picture of the pair and shared a sweet tribute for his 20th birthday.

Gregory uploaded a black and white picture of the duo looking lovingly at each other. Angel is looking and smiling widely at his girlfriend, showing off his dimples.

Gregory, on the other hand, is cradling her beau’s face and puckering her lips as if she is about to give him a kiss. She wished him a happy birthday in the captions and called him her “favourite human.”

She then gushed about how she loved everything about him. She ended her captions by writing his current age with a heart and lips emoji.

She wrote, “happy birthday to my favourite human🤍 i love everything about you. 20🫀💋.” Angel quickly replied to his girlfriend and commented, “I love u beyond words thank u angel.”

Alongside the post, Gregory uploaded a slew of pictures on her Instagram stories of her with her “favourite human.”

The Andy Mack actor made his relationship with girlfriend Caroline Gregory public in late December 2020.

As soon as the TikTok was posted, fans and followers started speculating that the pair were dating. As they presumed, the couple confirmed their relationship on December 31, 2020.

They did so by going Instagram official by sharing the same photo of them on their ice-skating date. In the picture, Asher’s one arm is around Gregory, whereas his other hand is holding hers.

Although the couple hasn’t spoken much about their developing relationship, they’ve shared many cute photos with admirers on social media. From Valentine’s Days and birthdays to trips across the oceans —  Gregory and Angel have shared it with their fans and followers.

During an interview with Entertainment Tonight in November 2021, the Disney Channel veteran raved about his “indescribable” connection with Caroline. According to Asher, fans may anticipate new songs inspired by their relationship.

“Past relationships, writing songs and not knowing those certain feelings was, kind of, tough for me,” he stated. “Now that I’ve experienced that and gone through it, it’s so much more relatable for me.”

Before dating Gregory, Angel was dating Chicken Girls star Jules LeBlanc, for a year. Unfortunately, the couple had a public breakup.

Fans thought Angel had moved on with Reagan Sheppeard after his split from LeBlanc in May 2020. Sheppeard and Angel exchanged several romantic social media messages in August 2020 and seemed to confirm their connection while responding to a fan remark on YouTube.

Although it’s unclear what happened between them, Angel seems to have moved on, based on his social media postings with Gregory.