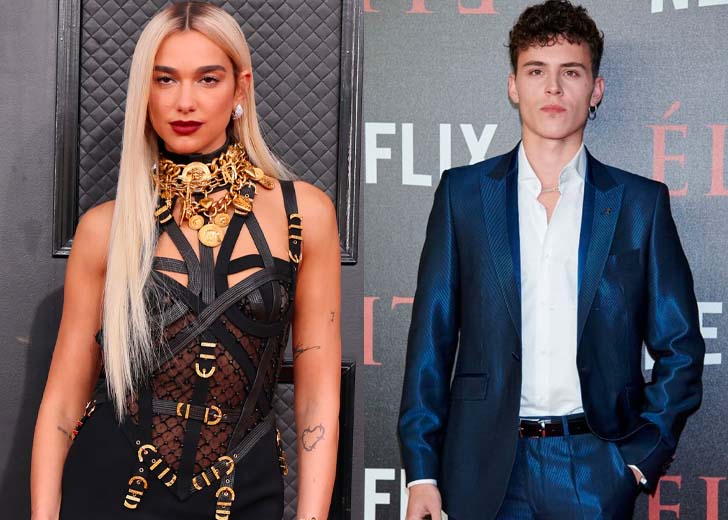 DeuxMoi stated, “I think they still hang out. This was on his manager or friend’s IG last week.”

Famous English singer Dua Lipa and actor Aron Piper were spotted dancing in a Madrid bar in June, sparking relationship rumors. The fans were shocked to see the two of them together.

The fact that singer FKA Twigs shared a video of her and Piper kissing after the viral video of Lipa dancing with the actor is even more shocking.

Some even believed it was a publicity stunt to promote Lipa and Twigs’ song, ‘Why Don’t You Love Me,” while others wondered if this was a lead-up to releasing a music video that would feature Piper.

However, the situation took a turn when Lipa was seen with Piper once more as per DeuxMoi.

The rumors that Lipa and Piper are still hanging out surfaced from DeuxMoi, who has previously theorized about famous people dating other well-known people. While some of the rumors may be accurate, most of them are random events.

The two were sighted again after the singer and actor were seen dancing together in a nightclub, this time on one of Piper’s either friend or manager’s Instagram stories.

When DeuxMoi was questioned about what had become of Lipa and Piper, the gossip page demonstrated the proof that Lipa was still hanging out with Piper.

The gossiper, DeuxMoi, posted what appeared to be a photo of Lipa and stated, “I think they still hang out. This was on his manager or friend’s IG last week.”

Although they appear to be close, there seems to be no romantic relationship established. Therefore, nothing can be confirmed.

Many fans are obsessing over Lipa and Piper. The followers want them actually to be together and are manifesting that it might come true.

One of the fans tweeted, “Dua Lipa and Aron Piper are the COUPLE we need NOW!” Another admirer expressed, “the videos of dua lipa and aron piper at the club live in my head rent free.”

Afterward, she dated an American pop rock band LANY member Paula Klein from August 2017 to January 2018. Later, in 2018 she got back together with Carew and lasted until June 2019.

Lipa began a romantic relationship with the American model Anwar Hadid on June 14, 2019, but broke up in December 2021. The reason behind the pair’s break-up was their busy schedules.

An insider disclosed [via The Sun],” The couple floated the idea about putting the brakes on their romance last month as traveling so much and being apart is proving tough. Their relationship is going through a crisis and appears to be on the rocks.”

Since her split with Anwar, she had been single until the video with Piper spread all over the online platforms, raising questions regarding their relationship.

Why Is Flavor Important When Selecting CBD Gummies?

Is It a Wise Choice for Beginners to Use a CBD Vape Pen?