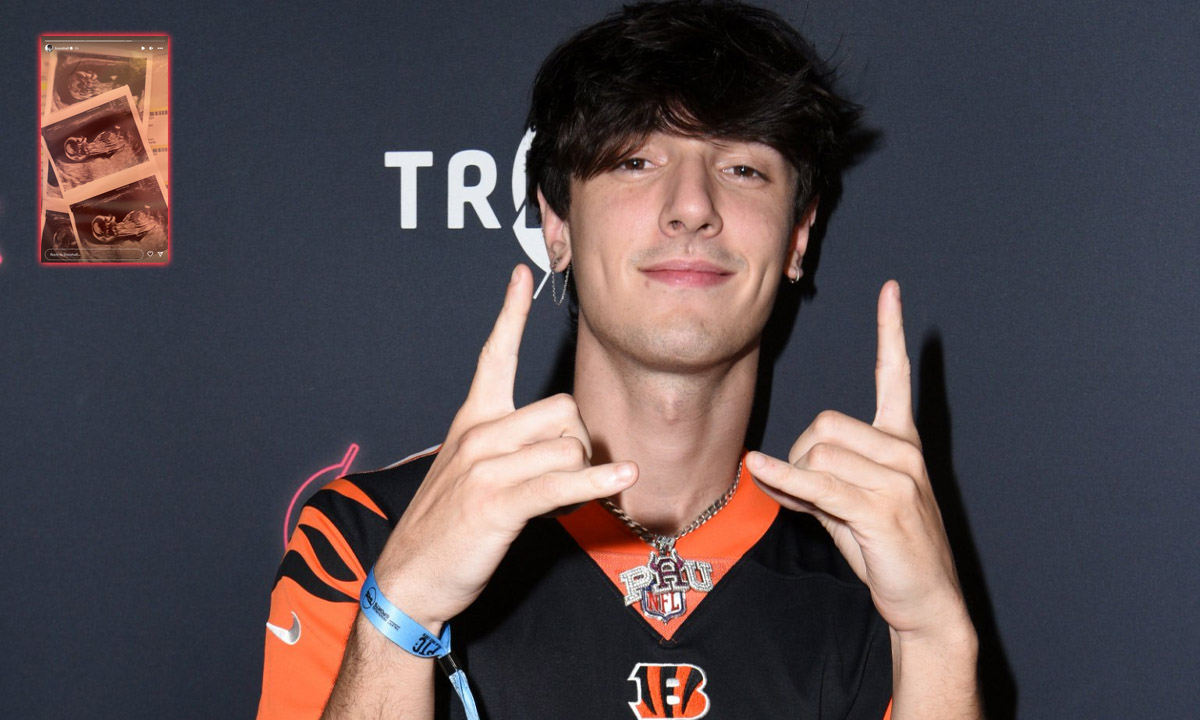 Bryce Hall stated that he is expecting a baby this year. The influencer made the announcement online in a Twitter update and an Instagram post. However, it soon became clear that the shocking statement was just another practical joke.

Hall’s followers were utterly taken aback when the influencer shared a picture of what appeared to be ultrasound scans of a child on his Instagram story on January 18, 2023. He seemed to confirm the news on Twitter after posting the sonograms.

He tweeted, “I have been hiding this from social media for about 6 months now and felt it was the right thing to do but with rumors starting to spread thought I’d address it.”

The well-known TikToker announced that he would become a father in 2023 and promised to keep the baby mama’s identity a secret out of respect for her privacy.

Bryce Hall announced he would become a father in 2023. (Source: BryceHall/Twitter)

Despite the influencer receiving congratulations in the Tweet’s comments, the announcement’s falsity has since come to light. His prank received a lot of online feedback despite being only a joke.

In the video addressing the prank, the social media personality explained that he would not be a father. He revealed that his tweet was just a joke because he lost a bet to Josh Richards.

“This is gonna be a joke that I am tweeting out because I lost a bet,” he said before adding his concern that people would believe the joke in a video addressing the prank.

Hall seems correct because many people are now guessing about the mother’s identity and seeking to learn more about the made-up situation.

A fan noted, “It’s tana isn’t it,” while the following comment read, “is it addisons?”

Another added, “nessa the baby momma.”

However, some were eager to point out the falsehood from the get-go. A fan commented, “It’s not April Fools babe,” while others responded with gifs calling him out as a liar.

Hall has been in romantic relationships with several girls over the past year, including Riley Hubatka, Addison Rae, and Elle Danjean.

In early 2019, Hall and Danjean began dating before calling it quits a few months later. They shared videos and pictures of themselves on social media while they were dating. They abruptly ended their relationship, but they initially claimed that they had done it amicably.

Between late 2019 and the beginning of 2021, Hall and Rae were in an on-and-off relationship. They were regarded as TikTok’s “power couple.”

Despite being members of two different TikTok collectives, the pair were initially connected during the fall of 2019. They frequently collaborated on TikTok and socialized together.

They were supposedly dating in the first few months of 2020, but by August that year, they had reportedly broken up. They appeared to have made amends and rekindled their romance in October 2020.

Additionally, the former couple attended a Halloween party in November 2020 and continued to date until March 2021, when reports of Hall cheating on Rae surfaced.

He refuted the allegations, while the ‘Obsessed’ singer remained silent and posted confusing tweets while pleading for her followers’ privacy.

Hubatka, who was reportedly seen kissing Hall in a paparazzi video in 2021, is one of the individuals he has been connected to.

Hall allegedly asked Hubatka to be his girlfriend sometime in 2022, but she turned down the proposal. He later made a video confronting Hubatka about rejecting him.

The TikToker was also rumored to be dating Mckenzi Brooke and Zoe Gara in the past. He is currently dating Lindsay Capuano.

Charlie Puth and His Secret Girlfriend Reportedly Got Engaged in LA