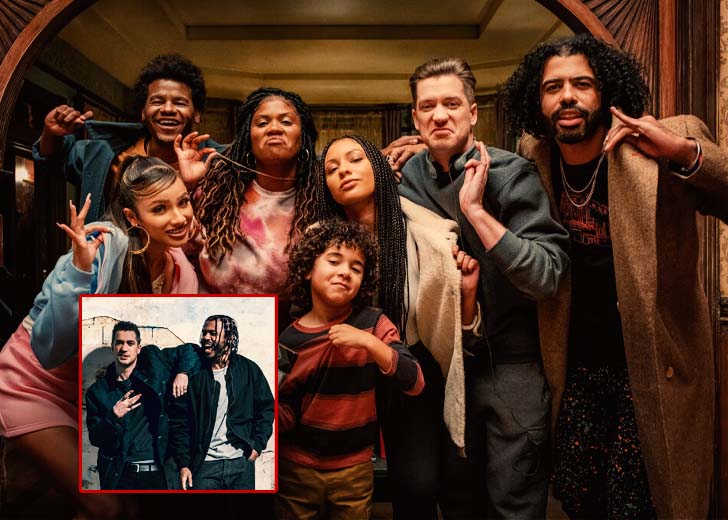 Blindspotting is an American comedy-drama movie that was released in 2018. It was written and produced by Daveed Diggs and Rafael Casal, who also played as the two main leads – Collin Hoskins and Miles Turner, respectively.

Carlos López Estrada was given the duty to direct the movie. Other cast members of the movie were Jasmine Cephas Jones, Ethan Embry, Janina Gavankar, Tisha Campbell-Martin, Wayne Knight, Utkarsh Ambudkar, and so on.

Around three years after the film’s initial release, a spin-off series of the same name premiered on Starz in 2021. Both the movie and the show delivered a real presence on the viewer’s mind, making them wonder if the movie was based on a real-life story.

Is ‘Blindspotting’ a True Story?

Despite the realistic feeling that the 2018 movie gave to the audiences, it isn’t based on a real-life event.

However, the movie is somewhat based on the real experiences the two lead actors/writers/producers witnessed during their childhood in Oakland.

During an interview with Los Angeles Times in 2018, Diggs mentioned that it was important for him and Casal — childhood best friends — to write a movie about their hometown. “It is a place that is so alive, and it has such an interesting perspective sort of woven into its history.”

He continued: “It is such an intellectual hotbed, the birthplace of the Black Panther Party… all of these things are in the DNA of the place and it comes through in everyday life if you pay attention to it. But I had never seen it portrayed on a film.”

Additionally, the writers wanted to show the audiences different and unseen sides of their hometown. Casal said, “A lot of times when people do site-specific films about different places, […] the ideas will capture it but make it universal and have the nuance of the place but don’t go too far.”

As Diggs and Casal wanted to make everything accurate, as per the time, too, they took director Estrada with them on a field visit to Oakland and showed him their neighborhood, hangout spots, and more that no longer exist.

“I understood the concept of gentrification but seeing it through their eyes became a whole other story,” Estrada said during the same interview.

To conclude, Blindspotting is not based on a true story and is only somewhat based on Diggs and Casal’s real-life experience while growing up in Oakland. They wrote the story while remaining true to their experiences and tried their best to show the accurate side of their hometown.

As we know by now, the movie’s plot is set in Oakland, California. It follows Collin Hoskins, a convicted felon with only three days left on his probation, who witnesses a police shooting that endangers his lifelong friendship.

His friendship is with Miles Turner, a short-tempered person who works at a moving company.

“While on probation, a man begins to re-evaluate his relationship with his volatile best friend” is the movie’s synopsis on IMDb.

The movie was first released at the 2018 Sundance Film Festival on January 18, 2018, and in the United States on July 20, 2018. Following the release, it mostly received positive reviews from the critics and the audience.

Blindspotting won five awards in total and received 23 nominations at several awards shows, including one for Diggs at the 34th Independent Spirit Awards and one for Estrada at the 2019 Austin Film Critics Association.

Posted on September 17, 2021September 17, 2021
Cleo Rose Elliott is a well-known American model, singer, and musician who was born in fame as the daughter of a famous couple: Sam...
Read More