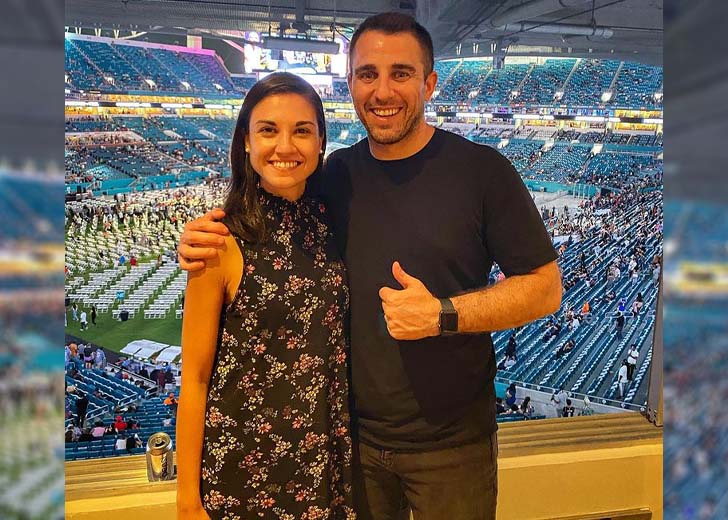 Anthony Pompliano, simply known as Pomp, is an established entrepreneur, technology investor, and podcast host. He has gained fame through his The Pomp Podcast, which has been downloaded over 20 million times.

He has also gained prominence as an investor who has been investing in several big companies across the crypto industry, mainly bitcoin.

A graduate of Bucknell University, with a Double Major in Economics and Sociology, he has previously joined hands with some multi-million companies such as Facebook and Snapchat.

How Much Is Anthony Pompliano’s Net Worth?

All of the above-mentioned works and more that Pompliano has done or is presently doing has done nothing but build up his already-established profile and increase his net worth.

Coming straight to point, how much is his net worth? Well, reports from several outlets suggest that Pompliano has an estimated net worth of over $200 million.

But, the numbers keep changing, mainly increasing, as most of his bank balance is either invested in Bitcoin or start-up businesses or real estate. And, considering that those values will most probably rise, his net worth will also gain pace with it.

Where Did Anthony Pompliano Make His Money?

Pompliano has been earning money through different sources, whether from his Bitcoin investment or through the investment that he has done in several promising businesses.

He started his career as a Sergeant in the US Army, where he served from March 2006 to August 2012. In the US Army, he mainly served in Pennsylvania and North Carolina but joined the Operation Iraqi Freedom vet from 2008 to 2009.

Just months after his service in the US Army ended, in January 2013, he founded Digaforce, “a social media intelligence platform for demographic information based on unfiltered, social content.”

In less than a year, December 2013, the company was acquired by Strategic Link Partners. In February 2014, he joined Facebook as a Product Manager, where he led the growth team for Facebook pages.

In addition, he helped launch many products such as AMBER Alerts and Voter Registration while also giving advice to the company’s executive team on their social strategy. He left Facebook in September 2015.

A month before he left Facebook, in August, he was hired by Snapchat to start and lead its Growth Team. However, he left the workplace after a short while.

In August 2016, he and Jason Williams co-founded Full Tilt Capital, an early-stage venture capital fund whose investments included Reddit, Imperfect Produce, Lyft, and others. In the first quarter of 2018, the firm was acquired by Morgan Creek Capital Management.

In April 2018, he became the co-founder and partner of a multi-strategy investment firm, Morgan Creek Digital Assets. It was backed by the acquirer of his previous firm, Morgan Creek Capital Management. Pompliano held the position in the company till he left in September 2020.

Presently, he is operating as a solo capitalist and investor at Pomp Investments, which he founded in September 2020. Since he formed the company, he has invested more than $100 million in several start-ups technology companies, some of which now has a valuation of over $1 billion.

In addition to all of that, he has been hosting his own podcasts and writing a daily letter that thousands of investors listen and read.

Going through all of that, there might be no further queries on how he has been making money.