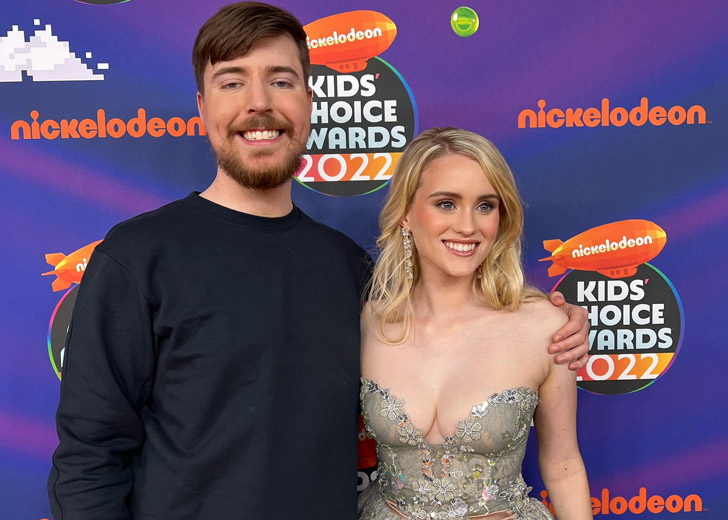 MrBeast was looking for a girlfriend when he met Thea Booysen in South Africa.

Thea Booysen’s relationship with MrBeast is now officially confirmed. MrBeast, the most popular video producer on YouTube, recently published a photo of Booysen kissing him on the cheeks on Instagram to declare his love for her.

“This is our cutest photo,” he said, besides the endearing image when posting it on social media.

Booysen reposted the image a short while later with the message “Agree.” She also expressed her affection using the same happy face with a heart emoji.

Notably, the photo was shot on the same Maldives hotel balcony where Mr. Beast, Booysen, and his group were vacationing. For the benefit of those unaware, the pair traveled to the islands to celebrate MrBeast surpassing 100 million subscribers on his main YouTube channel.

Before dating Booysen, MrBeast was dating his now-former girlfriend, Maddy Spidell. The couple’s relationship lasted for a while — they began dating around 2019 — before they broke up. The reason for their breakup is currently unknown.

In a YouTube video titled ‘How MrBeast met his NEW girlfriend’ by Flagrant Clips, posted on September 29, 2022, MrBeast revealed how he met his current girlfriend. He stated that he met Booysen in South Africa, where she is from.

He explained that he was on his way to Antarctica with Logan Paul and Casey Neistat when he found out that everybody in the Antarctica base tested positive for Covid, and the crew had to hold back at South Africa.

That’s when he met his current girlfriend, Booysen, over dinner. Booysen was introduced to MrBeast by their familiar friend. He instantly started checking his boxes for a match while looking for a girlfriend. MrBeast, aka Jimmy Donaldson, explained in the video how she ticked all 10 of his “boxes.”

He also shared that he met over 40 women searching for a girlfriend. The YouTuber also explained how he’s a nerd and wanted a partner with a similar interest.

“True definition of nerd life, I just need a partner who loves learning, you know, just wants to improve. Like, an idea of a date is just to take an IQ test and then study and see if we can get it higher,” he said, explaining his nerdiness.

MrBeast messaged her after a few days, and the two started talking about their likes and unlikes. In another video with a similar title, Booysen also explained how they first met. She mentioned that MrBeast went to South Africa on a 30-hour flight to meet her the second time.

“It’s literally something like out of a movie,” she explained. Since their first meeting, the duo has been flying miles to meet each other. Booysen also visited MrBeast in North Carolina and was his plus one at the orange carpet of the Kids Choice Awards, organized by Nickelodeon.

Who is MrBeast’s girlfriend, Thea Booysen?

She is not just a well-known content producer on Twitch, where her channel is named “TheaBeasty,” but also one of the platform’s most well-liked female broadcasters, with a following of about 22.9K.

She occasionally plays many other video games but is a CDProject Red official castor. She also holds a bachelor’s degree in law and psychology with honors. In September of this year, she plans to study for a Master’s in neuropsychology in Scotland.

Furthermore, she is also the author of the sci-fi book “The Marked Children,” which has a paperback price of about $13.06 in the USA.

Everything about 'House of the Dragon' Star Ewan Mitchell — Age, Parents, Height, and More