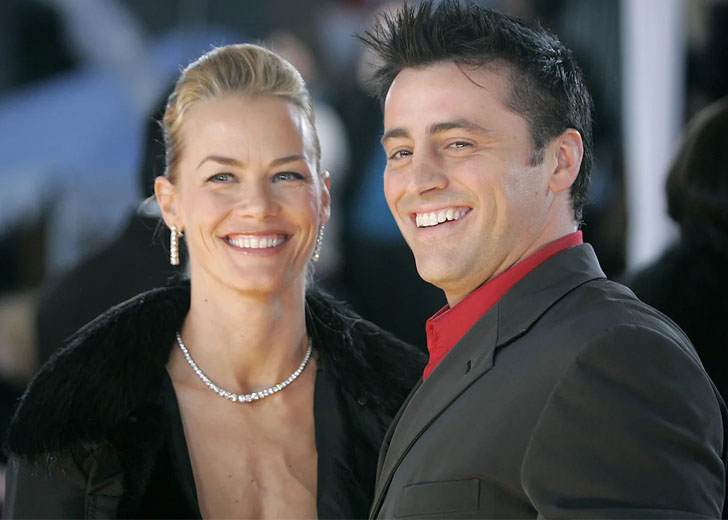 If you have watched Friends, you definitely know the actor Matt LeBlanc, who played the character of Joey Tribbiani.

LeBlanc is an American actor and comedian who is renowned for his performance as Joey in the sitcom Friends. He has also appeared in movies and television shows like Episodes, Man With A Plan, Top Gear, Lost in Space, and Lovesick.

The actor was last seen reprising his role of Joey when he and his castmates of Friends came together for Friends: The Reunion.

All those were popularly known facts about LeBlanc. However, there is some information about him which only a few know about, including he was once married to a 90’s top model Melissa McKnight.

But where is McKnight from and what is she doing now?

McKnight Is a British-Born Model

LeBlanc’s ex-wife McKnight was born in England on March 10, 1965. But she moved to the United States with her parents at a young age. Due to that, she holds an American nationality while possessing English ethnicity.

Growing up, McKnight aspired to be a model, and her blue eyes, blonde hair, and perfect physique just complimented her talent even more.

Between the 80s and 90s, she established herself as one of the top models in the industry with an appearance in magazines such as Cosmopolitan, Elle, and Vogue.

Her modeling stint slowly took her towards the acting industry. In 2001, she made her screen debut with a role in the movie Triangles and Tribulations.

She continued her work, as she appeared in the TV show VH1: All Access in the same year. Her performance in the VH1: All Access received wide appreciation from the audience and critics.

McKnight also made an appearance at the 31st Annual People Choice Awards in 2005.

McKnight and LeBlanc Got Married in May 2003

McKnight and LeBlanc were introduced in 1997 by a mutual friend named Kelly Phillips and her husband Lou Diamond Phillips.

By that time, she was already married once. Her first husband was filmmaker Anthony Esposito with whom she had a private wedding in 1990. The former couple also shares two children together, a son named Tyler Esposito, born in 1991, and a daughter named Jacqueline Esposito, born in 1995.

But due to irreconcilable differences, they decided to end their marriage in 1996.

Coming back to McKnight and LeBlanc, they quickly started liking each other after their initial meeting, and therefore, they began dating. They went a step further in their relationship when they got engaged in 1998.

The engagement went for long, as they walked down the aisle after five years of the ring ceremony on May 3, 2003.

Their wedding reportedly was the biggest celebrity wedding of that time. The ceremony was held in Hawaii with close to 150 guests, including LeBlanc’s castmates from Friends along with their spouses. The reunition before 2021’s Friends: The Reunion.

LeBlanc even had words of praise for McKnight and her children when he talked to Entertainment Weekly just before the wedding. He stated that his ex-wife and her kids gave him stability in life and he felt grateful to have them.

“It’s been a fantastic experience. I’m very grateful for them in my life,” the actor said. “Because before them, I was out at the bars, I was chasing chicks all over the place, I had kind of a reputation.”

A year after the wedding, the pair also welcomed their first child together, a daughter named Marina Pearl McKnight.

McKnight and LeBlanc’s Daughter Was Diagnosed With Rare Brain Disorder

The couple’s daughter Marina was diagnosed with a rare brain disorder called Cortical Dysplasia, a congenital problem that causes seizures. She was only 11 months old at that time.

But after a year-long treatment and care, the baby came out of the disease and lived a healthy life.

The marital relationship between McKnight and LeBlanc did not last for long, as they separated after 3 years of marriage.

She filed for divorce in March 2006, which was later finalized in the same year in September.

They separated without having to pay any spousal support to each other. But LeBlanc agreed to pay certain expenses monthly until his daughter turned 18.

One of the major reasons for their divorce was LeBlanc’s infamous reputation of being a womanizer. Even after the wedding, he reportedly continued his old habits of wandering into bars and spending nights with women.

Once he was spotted spending time with a stripper at an all-nude club while vacationing with his five buddies in British Columbia.

LeBlanc even had a brief affair with his co-star Andrea Anders while still being married to McKnight.

What Is Melissa McKnight Doing Now?

McKnight has been managing a very private life after her divorce from ex-husband LeBlanc. But she reportedly has been raising her 17-year-old daughter Marina and spends with her other two kids from her first marriage.

On the other hand, LeBlanc reportedly is in a relationship with Aurora Mulligan, a Northern Irish documentary film producer, and director. They have been together since 2016.

What Happened To Jeanine Pirro’s Husband Albert Pirro? Look At Her Life Now