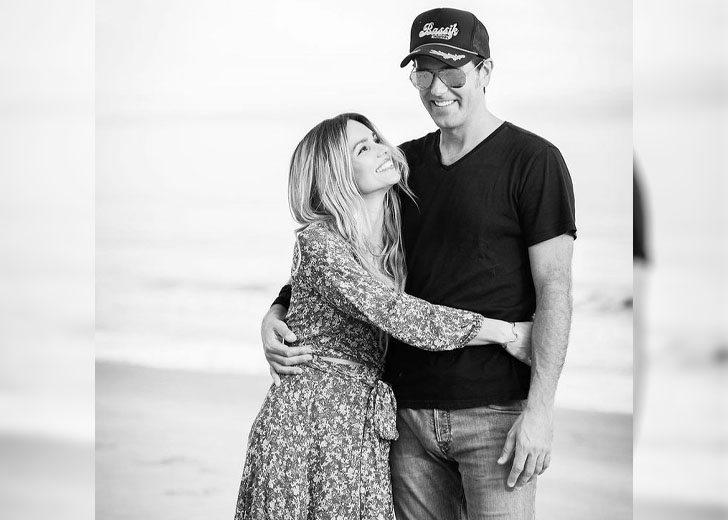 She owns two Instagram handles, one which is personal, and in the second account, she posts pictures of her works.

And a quick scroll through her personal account shows a different side of her — a committed family person. Yes, that’s right! Mary is a happily married woman with her husband and two children.

Her Husband Is a Rock Star

Ryan had a flair for music since a young age, as he began playing piano at 5 and subsequently learned guitar. He later completed his education at the University of Notre Dame, the same place he co-founded the band Umphrey’s McGee, together with Brendan Bayliss, Jake Cinninger, Joel Cummins, Andy Farag, and Kris Myers.

Interestingly, Mary, who is originally from Knoxville, and Ryan didn’t meet in their hometowns. Instead, they first met each other in New York, where Mary had traveled to complete her degree in interior design and seek opportunities as an interior designer.

Following their brief dating, the two decided to tie the knot and eventually married in November 2011. They reportedly exchanged their wedding vows in Charleston, South Carolina, where Ryan’s bandmates graced the event with their outstanding performance.

Mary and Ryan also completed their 9 years of marriage in November 2020. The TV star took to Instagram on that occasion to share a candid selfie of her, and her husband, where he wore a Budweiser printed coat with a Budweiser can in his hands while she made a grinning face.

“Happy 9 years to my king! See what I did there,” she captioned the post.

Not only that, but she usually shares snaps of herself with her husband and children. For instance, she grammed an adorable black and white snap, captured by Alice Keeney, on December 23, 2020, which saw her whole family in a single frame.

“My people…If you are waiting by your mailbox for our holiday card don’t hold your breath. Always late to the party… At least this year we are clothed,” she wrote.

Similarly, Mary dedicated her 2021’s Valentine’s Day post to her husband by sharing two photos of the couple. She expressed herself, saying, “Happy Valentines Day Baberoni,” while adding, “I hope we look at each other like this (at least most of the time) forever.”

As earlier mentioned, Mary is the new host — and only credited cast member — of HGTV’s 7-episodes series Breaking Bland, which premiered on August 4, with back-to-back episodes with the final episode ‘Bold Design for a Big Family’ airing on August 18, 2021.

The series was filmed in Charleston, South Carolina, starting sometime in October of 2020, and wrapped production earlier this year. The Breaking Bland Season 2 might follow up sometime in 2022.