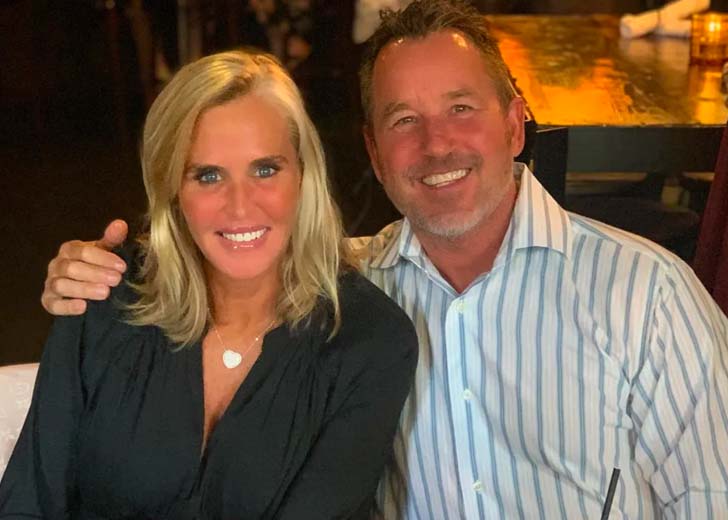 “I’m so happy so say that my love asked me to marry him,” Kristina Wandzilac said of her husband Roy Giorgi.

Kristina Wandzilac, a successful interventionist who has worked in the field of drug addiction for over 20 years, is presently living a happy life. Otherwise, she previously had her own battles with drug addiction and the loss of her ex-husband John.

At present, she is also married to a new husband, whose name is Roy Giorgi. And with him, she has built a family whom she loves and feels “very grateful” for.

She often takes to her social media to express her feelings for her husband and family members, and one can see that she is living the best days of her life with them.

Leaving behind her trauma, loss, and addiction, Wandzilac has shown us that life after recovery can be beautiful.

She also has her own way of drug-related intervention that she likes to call “Family-intervention.” Through that intervention, she encourages the family members to take an active part in showing that the victims of addiction are loved and valued to inspire a longing to change.

With that theory, she, herself, lives a sober and happy life with her husband Roy Giorgi at present.

The two have been together for a few years — and they got engaged in May 2018.

Wandzilac shared a picture of the couple to announce the engagement, while writing a beautiful caption.

“I’m so happy so say that my love asked me to marry him,” she wrote. “It’s been a long painful road from despair to the happiness that fills my heart. Our home is filled with laughter and light and love.”

She added, “The children and I are so lucky to be spending the rest of our lives with this beautiful man who has healed our hearts and brought a sense of family back to our lives.”

The engagement turned into a wedding after nearly two years — the pair tied the knot in February 2020 in California.

They are often spotted flashing their love life on social media. For instance, the interventionist shared a picture of herself and her husband having lunch with their family on May 23, 2022.

She stated that it was her 51st birthday, writing, “I’m 51 today! We had a great weekend away. I love my life, my work, family and friends. I feel so blessed. Thank you for all the birthday love.”

Who is Roy Giorgi?

Wandzilac’s husband Giorgi isn’t as famous as she is, and he keeps his life very private. Because of that, not many details are known about him.

But she revealed a few things about her partner in one of her posts, where she expressed her gratitude to all the veterans for their service.

As per that post, Giorgi is apparently a former US Marine — and her father and grandfather served the country as well.

In the past, Wandzilak experienced some horrible events in her life, all of which she wishes would never come back to her.

One of such instances was because of her addiction. She reportedly began drinking and using drugs as a teenager, and that made her mother kick her out of the house.

In an interview with ABC News, she revealed that it was in those trying times that she was even raped in an alley.

She remembered, “I don’t know how or when that happened, but it did, and it took me to my knees … I question it myself! Like, how did I slip from a million-dollar neighborhood to this?”

​​After that horrible incident, she eventually went into rehab and battled her drug addiction. She gradually put herself through college and made amends with her family.

But that wasn’t the end of tragedy in her life, as she saw her first husband John pass away, too.

Kristina Wandzilak with her two children, Sebastian and Savannah, whom she welcomed with her ex-husband John. (Photo: Instagram)

According to her multiple spcuial media posts, her deceased husband died by suicide in 2012.

“It’s been over 5 years since John killed himself. He blew a hole straight through my faith and all I knew of myself and my life. I could hardly breathe, suffocating by the weight of his loss, but With the love of family and friends, We three, are happy, once again,” she wrote in 2017.

Wandzilak and her deceased husband had two children from their marriage. Their children are Sebastian and Savannah.

Who Is Sean Teale's Wife? Here's A Look Into His Personal Life