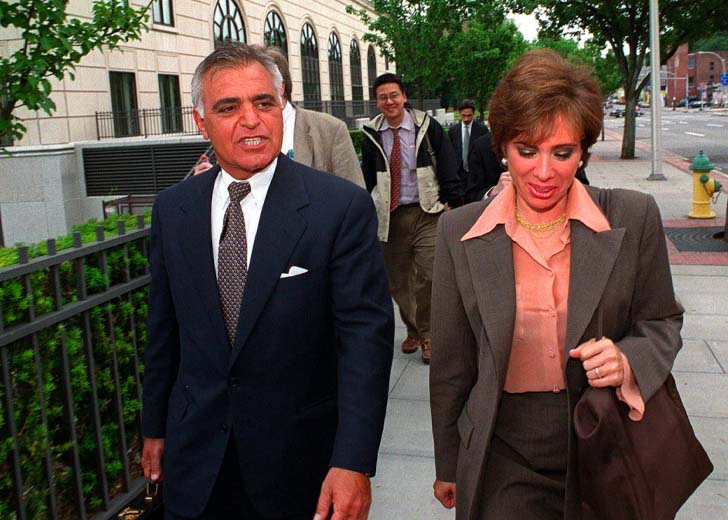 Jeanine Pirro is an American author, former New York State Judge, prosecutor, and Fox News conservative talk show host. She is currently one of the co-hosts of The Five and the host of the show Justice with Judge Jeanine.

She has also written books like Liars, Leakers, and Liberals: The case against the anti-Trump conspiracy.

When it comes to her personal life, she was formerly married to her ex-husband, Albert Pirro. Her ex-husband is an intriguing person, as he received a Presidential pardon from former president Donald Trump.

But who exactly is Jeanine’s husband, and what is she doing now? Let’s find out.

Jeanine’s ex-husband, Albert, 73, who has worked on real estate deals with Trump, was convicted of tax evasion.

In June 2000, the real estate developer and his brother, Anthony, were convicted guilty of federal tax evasion. They were accused of deducting more than $1 million in personal costs for Albert as company write-offs, helping him decrease his tax payments by around $400,000 in the 1990s.

On the eve of his departure, in January 2021, Trump pardoned or shortened the sentences of more than 140 people, including many celebrities, former legislators, Executives, and persons related to him, his family, or members of Congress.

And he gave Albert a full pardon roughly an hour before Joe Biden was sworn in.

They had two children together, but Albert has more. Jeanine is currently single and a proud mother to her two children.

The former couple’s two children are Christi Pirro, a daughter born in 1985, and Alexander Pirro, a son born in 1989.

According to the New York Post, Jeanine had to deal with not just Albert’s alleged affair but also the fact that he fathered an illegitimate child earlier in their marriage.

He reportedly had cheated on his ex-wife during the 1980s and fathered a daughter Jaclyn Marciano with his mistress Jessica Hutchison.

Despite all of this, she opted to stay with her husband. On the Sean Hannity radio show, she stated, “I’ve fought very hard to keep my marriage together. I believe my children needed a father, and he is a great father.”

Following the public scandals, the couple split in 2007 but did not divorce until 2013. After divorce, they sold their $4.75 million property in 2016.

At present, Jeanine and Albert’s children are grown-up. Rightly so, their daughter Christi, also named Kiki, got married to her husband Zak Schwartzman on August 19, 2017, at House Island, off the coast of Portland, Maine.

Jeanine even took to Twitter multiple times to talk about the event. On August 22, 2017, she shared a picture with her son Alexander and stated that her son walked her down the aisle at his sister’s wedding.

On the other hand, son Alexander is reported to be serving as a vice president at Macquarie Group, a commercial real estate lending platform.

Jeanine Pirro was diagnosed with cancer in 2012

“In 2012, I was diagnosed with cancer,” Jeanine shared in one of her segments of Justice with Judge Jeanine back in 2017.

She added, “I didn’t say anything about it. You were unaware of it. Every weekend, I just did my show. And, eventually, as the chemotherapy treatments advanced, I was on the air, talking to you without my brows, eyelashes, wearing a wig.”

Jeanine used her cancer fight as the context for her worry over America’s importation of isotopes created from its exported Uranium in her 2018 book, Liars, Leakers, and Liberals.

She stated, “Uranium saved my life and the lives of countless others. But how much Uranium do we have?”

She expressed worry that the Moly-99 isotopes used in nuclear medicine to diagnose heart disease and cancer were manufactured in other nations using America’s exported Uranium and then sold back to the US for a profit.