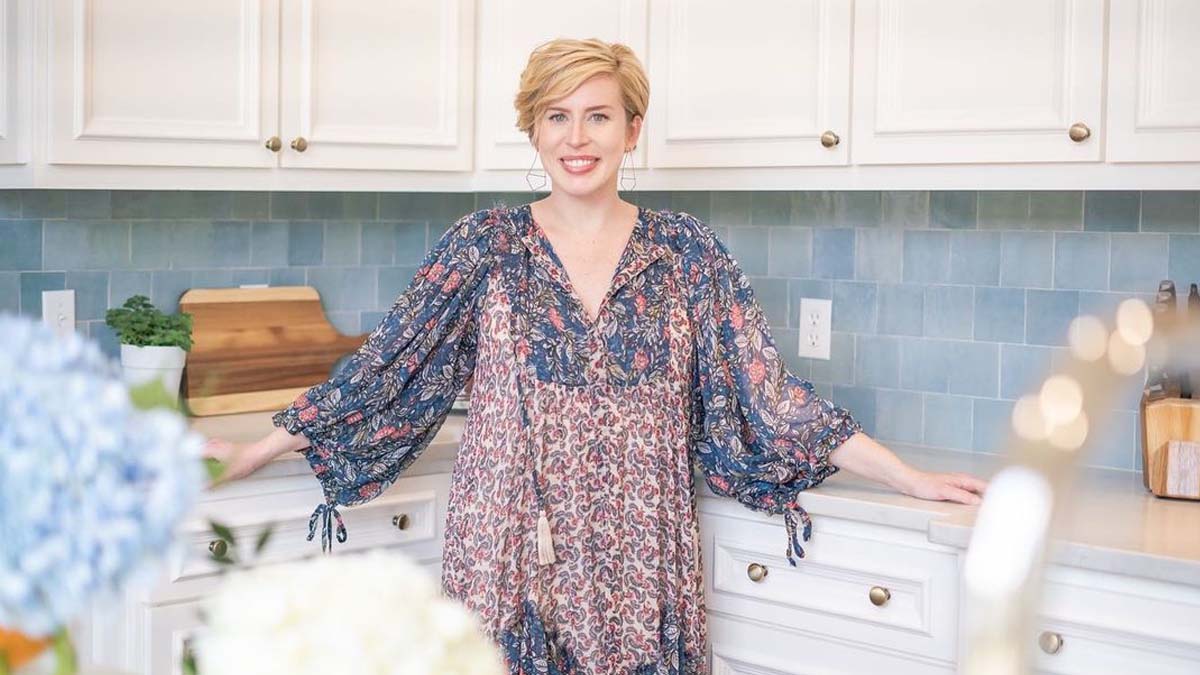 The emotional scar has never healed for Erin Napier.

HGTV shows have brought several people to fame over the years. Among them, one is Erin Napier.

She is the star of HGTV’s Home Town, where she restores home in a small town in Mississippi alongside her husband Ben Napier – they also reside there. The show has been running since 2016.

Many could see Erin as the ideal happy person and a renovation queen in the show. However, many might not know the ups and downs she has been through, especially her health.

Just a couple of months ago, the TV star opened up about her mental health issues and the illness she has suffered from. Here is everything she mentioned about her battle with a mystery illness!

What disease does Erin Napier have?

On Wednesday, January 19, 2022, Napier posted a series of pictures taken around eight years ago and shared the story of her illness.

Accompanying the pictures was a lengthy caption that read, “This time of year, I feel the anniversary of illness so acutely. These hospital photos were taken in 2014, at the end of my 10-year illness from (unknowingly) a perforated appendix.”

After that, she said that she mentioned it in her and her partner’s book, Make Something Good Today, and for a long time, Napier thought that she had put all of these things to bed after completing her final surgery.

“My appendix has been gone along with the physical suffering for 8 years now, but I’ve been learning through conversation with my friend who is a therapist that it left some deep ruts in my neuro-pathways that have left me with an extreme fear and preoccupation with sickness, nausea in particular, ever since.”

“My brain, without my permission, sets off on a fight or flight mission to save my life, when my life is not in any danger at all. Panic attacks and spiraling thoughts come rushing in. I’m relieved at least to have connected all these dots in recent months, brought to the surface by the constant upheaval and dread that came with living in a pandemic.”

As Napier went on, she wrote that this whole thing is something her followers don’t know about her, but she doesn’t mind if they know it. “It’s not bad or good, it’s just part of my weird brain, and I’m trying to untangle it every day, even as you may see happy news and posts from me.”

In the end, she wrote, “That’s everyone though, isn’t it? We’ve all got our personal struggles. But isn’t it so nice to have this place for editing the hard parts out? Like seeing the people you love most gathered around your hospital bed, there’s always a light in the darkness.”

After Napier shared her story, several well-wishers poured their love into the comment section and thanked her for being open about her health issues. One wrote, “Thanks for sharing. We are all a little broken, that’s how the light gets in.”

“Thank you for sharing the hard parts as well as the easy ones. This is the reality we all need. Blessings to you as you continue to work through your trauma,” another commented.

American actress Drew Barrymore also joined in the comment section as she wrote, “I love you @erinapier and THIS DOES HELP TO KNOW and I believe we are lucky to have a window into you that will also help others!!!!!!!!!!! Thank you for sharing. Ps rely on us right back. Everyone loves you!!!!”

Around four years before sharing the Instagram post, Napier had spoken a little about her illness in her and her husband’s memoir. Additionally, she did the same during her interview with People Magazine.

She told the outlet that the period of her illness – 10 years – was very sad, scary, and confusing. She then noted that she first started experiencing health episodes when she was around 19-year-old.

“In the beginning, it would be 24 hours of terrible stomach pain and a low-grade fever, and then it would disappear,” she said. Adding more, she stated that the episodes became more intense following her marriage to her husband in 2008.

The 24 hours of pain became two days, then three, but it would last for a whole week at some worst times, leading Napier to lay up doing nothing, unable to move, and with no idea of what was causing the pain.

The reality TV star went through everything and did everything to find the reason behind such pain. Her husband even told People that the doctors went from saying “it might be something really bad like cancer to saying it was in Erin’s head.”

Ultimately, Napier underwent an emergency exploratory surgery – following the advice of her OBGYN – which unveiled that her organs were all bound together and it was due to a tissue that covered everything. After such a finding, the surgeons decided to send her to another surgeon.

Later, doctors found out that Napier was suffering from an extremely rare condition in a second procedure: a perforated appendix. It meant her organs were bursting as well as healing themselves repeatedly for years – thus causing her enormous pain.

“The first time it happened, when I was 19, it just partially ruptured. Not enough to kill me, just enough to make me sick,” she said in 2018. Her organs had healed themselves, becoming covered in scar tissue that slowly spread “like cancer” to cover her other internal organs.

Fortunately, surgeons successfully removed the tissue alongside her appendix, thus fixing the physical issue. But, despite the physical healing, she has been able to get over the pain she endured emotionally, as she mentioned in her Instagram post.