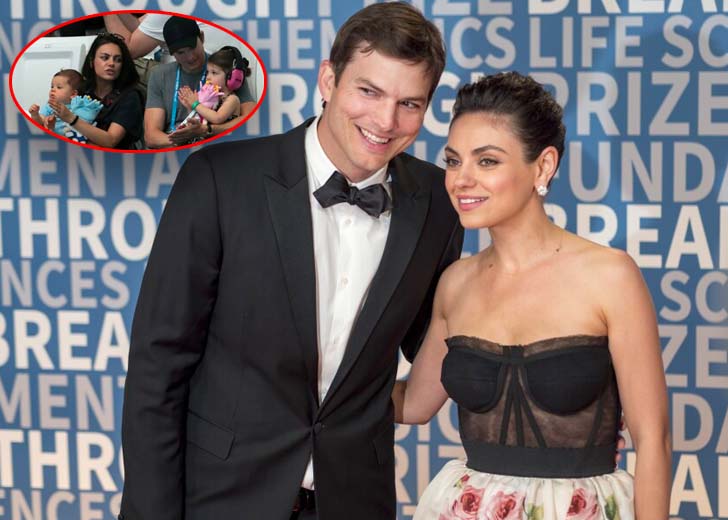 Dimitri Portwood Kutcher is well known as the son of Ashton Kutcher and Mila Kunis.

His parents are both extremely successful — father Ashton is a model and actor who has appeared in movies and shows like That ’70s Show, Two and a Half Men, No Strings Attached, and The Butterfly Effect.

Likewise, his mother, Mila, is also a well-known Hollywood actress, who has starred in projects such as That ’70s Show, Friends with Benefits, Black Swan, and Bad Moms.

In this article, we’ll learn everything we can about Ashton Kutcher’s son, including his birth date, siblings, and other fascinating facts.

When was Dimitri Portwood Kutcher born?

He was born on November 30, 2016, at Cedars-Sinai Medical Center in Los Angeles, California. A statement on Kutcher’s website A Plus states that Dimitri was born at 1:21 in the morning and weighed 8 pounds, 15 ounces.

In June 2016, People magazine received ecstatic confirmation from Kutcher’s agent that they were expecting their second child. On the Today Show, Ashton made the gender of their child public in October of the same year.

For his parents, picking a name was the most exciting part of having him. In honor of the University of Iowa Hawkeyes’ mascot, Ashton, the father of Dimitri, decided to give his new son the name “Hawkeye.”

However, his wife Mila eventually rejected the actor’s name for his son. Later, she decided to name their child “Dimitri,” which both adored.

His first name, Dimitri, has a Russian meaning that translates to “follower of Demeter.” His first name honors his mother’s Russian heritage, and his middle name, “Portwood,” keeps his father, Ashton’s stepfather Mark Portwood.

Dimitri Portwood has an older sibling

Dimitri is now enjoying his childhood days with his sister Wyatt Isabelle, born in October 2014. In 2017, the adoring mother said on The Ellen DeGeneres Show that Wyatt is a caring sister to her brother.

Although Dimitri is a well-known celebrity child, his parents have kept him and his sister out of the spotlight. Over the years, they have made very few public appearances.

Furthermore, both of his parents refuse to allow media outlets to publish their children’s photos without their permission, even though they were caused by the paparazzi a few times during their family outings.

They initially crossed paths when they portrayed love interests on the Fox sitcom. But their relationship wouldn’t begin until 2012.

In February 2014, Ashton asked his girlfriend to marry him, and they tied the knot the following year. Since then, they have been enjoying their marriage.

Ashton previously married actress Demi Moore from 2005 to 2012. On the other hand, Dimitri’s mother was also in a relationship with Macaulay Culkin. The two were even rumored to be married at one point.