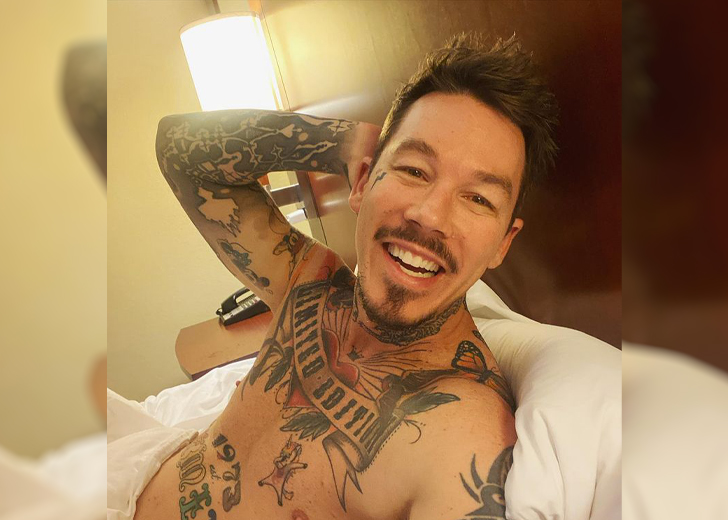 David Bromstad is a well-known American designer and television personality who gained fame after being the inaugural winner of the HGTV Design Star. Since then, he has continued to rise forward only without looking back. He competed in some more HGTV challenge shows and even hosted his own show, Color Splash from 2007 to 2013.

Later, he was offered several offers from HGTV which he kindly accepted. As a result, he went on to be the host of HGTV Insider (2015), My Lottery Dream Home (2015-17), and others. Due to all of his hard work, he eventually gained success which directly impacted his earnings. Currently, he boasts a healthy net worth of $2 million, as per Celebrity Net Worth.

The 48-year-old TV personality came out as gay way back in 2012. Since then, he has been rejoicing his life as an openly gay person — celebrating pride month, joining the Pride parade, and so on.

Talking about if Bromstad is married or not, he is yet to share the wedding vows and have a husband. Going into his current relationship status, it remains in the darkness. The designer prefers to keep the details of his romantic life up to himself only and hasn’t given any clue to the media.

Speaking more of media, he also hasn’t given any hint through his social media handles too. Though he regularly shares pictures on Instagram, those pictures are mostly of him or related to his profession.

Because of that, it seems Bromstad is just enjoying his single life and is not dating anyone as of this moment.

A Look into His Love Life in the Past

Although there might not be someone particular in the present life of the Cokato, Minnesota native, there were some in the past.

Sometime after coming out as gay in 2012, Bromstad went public with his relationship with a man named Jeffrey Glasko, a SWAT team leader for the Miami Police Department (at that time).

Their love story started on the 14th of February in 2004 after meeting each other at a singles party in Orlando. Eight years later, Bromstad came out and his togetherness with Glasko was public.

However, their relationship didn’t last forever as they amicably parted ways sometime around mid-2015. Although separated, Bromstad has still kept a picture of his former lover on his Instagram handle. The picture was posted on their 11th dating anniversary.

Around a year after the TV personality broke up with his long-time partner, it was rumored that he was in a relationship with another man. The gossips began after he posted a picture alongside a man from his birthday and referred to him as “BF” in the caption.

Even though the talks were quite strong, they eventually faded out after it was noticed that the Bromstad stopped sharing pictures alongside the unidentified man. Since then, there hasn’t been much gossip on the tattoo lover’s personal life.