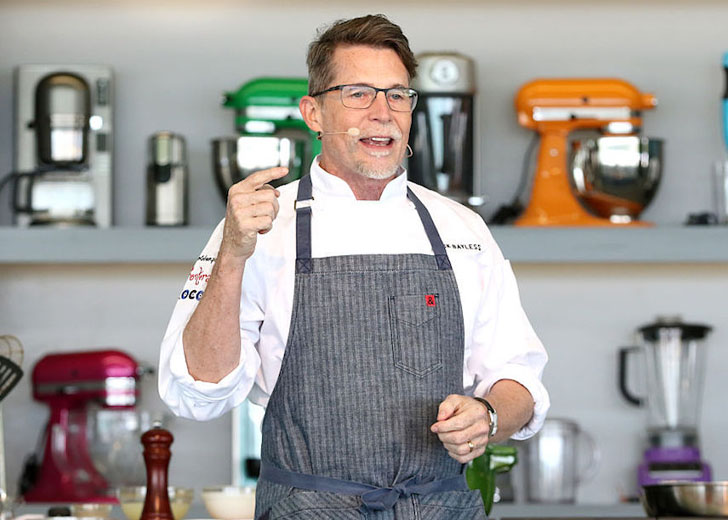 Rick Bayless, the star of three daytime Emmy Award-nominated series Mexico: One Plate at a Time, has time and again amazed people with his cooking. However, if one digs deep, he is not only a great chef but a man of many talents.

He has been involved in theatre, television, dance, cooking, and authoring books. It turns out there isn’t a thing that Rick hasn’t tried his hands on.

The multi-talented chef currently stands with a huge net worth, majorly thanks to his seven restaurant chains and 8 books to his name.

The food personality made his career debut with the TV cooking show Cooking Mexican in the early 1980s. He was accompanied by his wife, Dean Bayless.

Six years after joining the show, he published his first book Authentic Mexico: Regional Cooking from the Heart of Mexico.

The same year, i.e., in 1987, the star chef and his wife went on to open his first restaurant Frontera Grill, specializing in Mexican cuisines.

Fast forward to today, and Rick has a huge net worth of $30 Million.

Behind Every Successful Man Is a Woman

The star chef considers his wife to be the backbone of his success. From working as his assistant in his early catering days to co-owning restaurants together to write 8 books together, Dean has been the perfect support system for Rick.

Her name has also been mentioned in the editorial contribution section of all of her husband’s 8 cookbooks. In addition, she was the producer of his long-running PBS series Mexico: One Plate at a Time.

In his 1966 book, Rick Bayless’s Mexican Kitchen, the chef complimented his wife on her financial management skills and called himself lucky to have married his soulmate.

The couple shares the same drive for greatness and respect for Mexican cuisine.

The couple celebrated their 41st wedding anniversary on July 30, 2020. On that occasion, the famed chef posted a picture of him and his wife on Instagram.

In the caption, the chef reminisces their time together and expresses his gratitude towards his wife.

41 years ago I married Deann Groen in Ann Arbor, Michigan. She crafted the ceremony and flowers from the farmers market. I crafted the wedding cake and a big pot of mole.

Together, the power couple has a daughter named Lanie Bayless. She has followed her parents’ footsteps and joined the hospitality business with her own Mexican-styled Bar, named Bar Sotana.

Rick Wanted To Be an Actor

It would come as a surprise to many that the star chef of Mexico: One Plate at a Time had considered taking up an acting career when he was studying at the University of Oklahoma.

He also starred in many of his school plays and had a knack for theatre.

Even after his career platform switched from the stage to the kitchen, he never stopped performing.