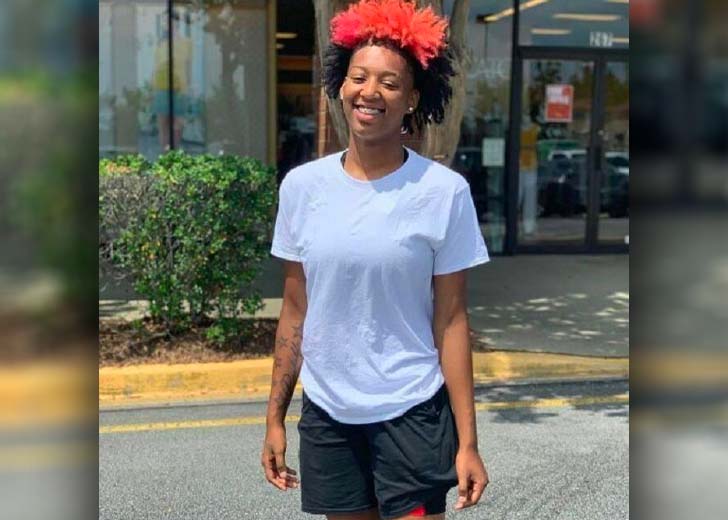 All about the internet star!

Anayah Rice is a school-level basketball player who has garnered a healthy fan following. She is highly active on Instagram, where she has gained more than 1.6 million followers.

In addition, she regularly appears on several of her friends’ YouTube videos. One of the YouTube channels she is associated with is PrettyLuh Laii — the channel has over 209,000 subscribers and 3.1 million views.

As of this writing, Rice doesn’t seem to be on TikTok. However, she once was an active member of the TikTok community and often posted several videos before she deleted her account, or her account got banned.

How old is Anayah Rice?

Born in 2001, Rice is presently 20 years of age. She celebrates her birthday every year on October 1. So, she will celebrate her 21st birthday after a month and a half. Similarly, her zodiac sign is Libra.

As for her parents, the South Carolina native hasn’t been much open about her family life. Due to that, the details of her parents are unknown. Nonetheless, she occasionally features her mother on her Instagram. Additionally, she has two siblings, and one of them is a younger sister named Siyah.

Coming over to her education, Rice graduated from Greenville-based Southside High School. She played basketball for her high school’s under-19 team and made a name as an explosive rebounding guard with remarkable shot-blocking ability.

As a basketball player, Rice must have a towering height, and it’s true. The Instagram star reportedly stands at the height of 6 feet or 1.83 meters. In addition, she has built an excellent physique and weighs around 68 kg or 149 lbs.

As for her measurements, it’s reported that her waist size is 27 inches, bra size is 32B, and hips size is 33 inches. Her other distinct attributes include curly and colored hair, light brown eyes, pierced ears, and a tattooed right arm.

Who is Anayah Rice dating?

Rice seems to be lesbian or bisexual as she is currently in a relationship with her girlfriend. However, the social media star hasn’t said anything about her gender or sexuality.

As for her girlfriend, she is a fellow internet star named Brace Face Laii [her real name is Laila Wiggins]. The couple has now been together for several years and even share a joint Instagram handle under the username @lndn4l and profile name of Ya Favorite Couple.

After scrolling down to the first ever post of that joint Instagram account, we found out that the first post was made on December 3, 2018. So, it must be sure that the two have been dating since that time or even before.

During the initial time of their relationship, they were in a long-distance relationship and would often spend their time talking over FaceTime. At that time, Rice was still residing in South Carolina, and Laii used to live in Virginia.

But as time passed and their bond became stronger, they would travel to each other’s hometowns and spend time together. As of now, it seems like the couple is living together, considering they are always together.

Similarly, on their joint Instagram account, the two have been giving regular updates on their togetherness by sharing multiple pictures and videos. Their most recent Instagram post was on August 17, 2022, when Laii posted a throwback video from her birthday, which was on May 29.

Since Rice and Laii began dating, they have come a long way. The love birds have always been together and supported each other in every journey of their life. And considering all that, it could be said that they will remain together for a long time.

Saul Goodman's Death in 'Better Call Saul' Finale? All You Need to Know