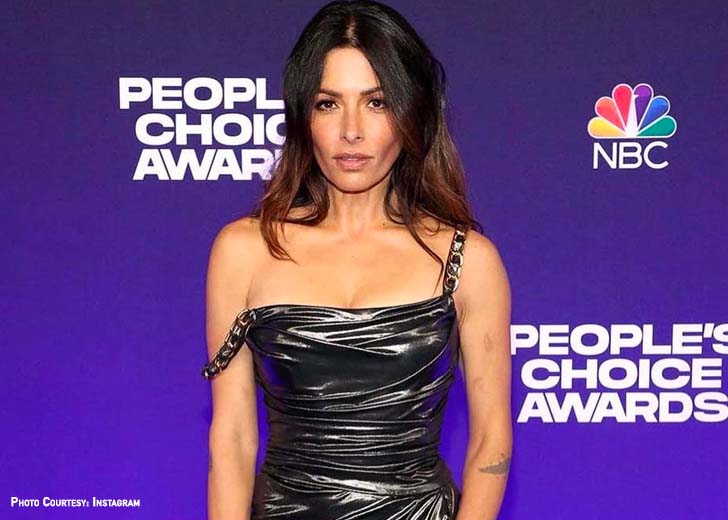 All about Sarah Shahi’s parents and her ethnicity.

Aahoo Jahansouzshahi, professionally known as Sarah Shahi, is a Persian-American actress who was born to Persian parents in Texas, U.S.A.

Shahi has emphasized the value of accepting and celebrating her Middle Eastern heritage. In an interview with ELLE magazine, she and other Middle Eastern actresses talked about the importance of embracing one’s identity in the film and television industries.

Who are Sarah Shahi’s parents?

Shahi was born on January 10, 1980, to her parents, Abbas Jahansouzshahi and Mahmonir Soroushazar, and was raised in Euless, Texas.

She was born Aahoo Jahansouzshahi, which means gazelle in Persian. Later, she changed her name to Sarah in second grade after hearing a song called ‘Sarah’ because other children tormented her about her birth name.

Her father is from Iran, and her father’s family left Iran two years before the Iranian Revolution. When the last Shah’s regime fell in 1979, Jahansouzshahi, who served at the American embassy in Iran, faced execution but was able to escape.

Similarly, Soroushazar, Shahi’s mother, was born to an Iranian father and a Spanish mother in Spain.

The actress also has an older brother Cyrus and a younger sister named Samantha, who also works in the entertainment industry.

The actress attended Trinity High School, where she was captain of the volleyball and basketball teams. She graduated from Southern Methodist University with a degree in English and Theater.

She didn’t cheer before but joined the Dallas Cowboys Cheerleaders team from 1999 to 2000, hoping to become an actress. She later relocated to Los Angeles.

Shahi belongs to the Iranian ethnicity. According to the Focus, her parents are descendants of Fath-Ali Shah Qajar of the Qajar Dynasty, who ruled Iran from 1797-1834.

She said, “I spent my whole life trying to pretend that I was white, and it wasn’t really until I came to L.A. that I started noticing how everybody kind of looked the same, that they were just cookie cutter versions of each other, and I really started to embrace my differences.”

The Sex/Life star also stated that she wanted to be cast in a Persian character or in a film where she could portray her ethnicity, but she consistently receives the response, “Well, your are not Middle Eastern enough.”

Shahi expressed her frustrations as many characters she had played were often presented as the all-American girl. She is optimistic that the D.C. Extended Universe movie Black Adam from Warner Bros. will contribute to debunking Middle Eastern misconceptions on the big screen.

She told the Hollywood reporter that because there aren’t many Middle Eastern portrayals in movies and television, being a part of this one truly helps her make a statement about her heritage and culture.