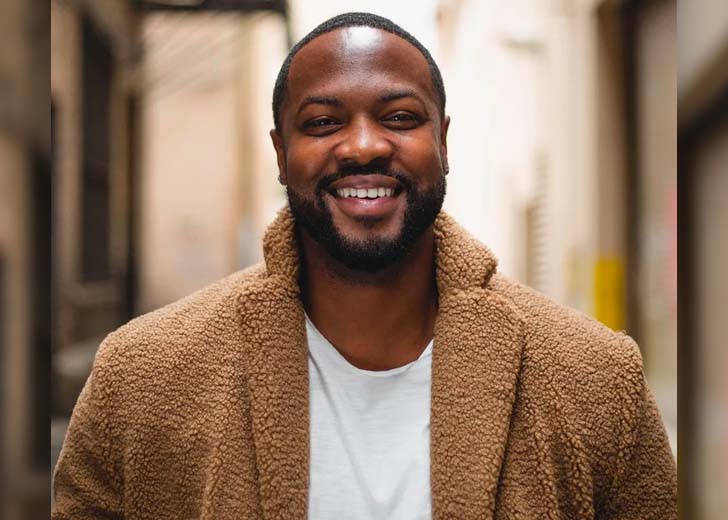 Ser’Darius Blain is a talented Haitian-American actor who came into the limelight for his performance in 2017’s Jumanji: Welcome to the Jungle and its 2019 sequel Jumanji: The Next Level.

In the first Jumanji movie, he played the role of Young Fridge whereas, in the sequel, his character was fully grown up. Besides the Jumanji franchise, he has appeared in Jane by Design, Star Trek Into Darkness, Beneath the Leaves, Charmed, and The Last Full Measure.

Blain’s recent works in the entertainment industry include The Big Leap, Fortress, American Underdog, and Fortress: Sniper’s Eye. Furthermore, he is set to portray the role of Ford in the Hallmark movie Caribbean Summer, starring Heather Hemmens. The movie will release on June 11, 2022.

As a well-established actor, it’s not uncommon for people to want to learn more things about him. And many are now curious to learn more about Blain’s personal life.

Does Ser’Darius Blain have a wife?

Blain’s present relationship status seems to be unmarried. The actor is yet to mention anything about being together with a wife and there have been no reports that suggest that he is currently married.

Another thing that proves he isn’t married – at least until 2019 – was his tweet of May 15, 2019, where he wrote, “I never really got to see marriage up close so I ask a lot of questions as I try to build my own philosophies on love and relationships.”

He wrote that after asking people who are married or in long-term relationships: if they are upset with their spouse, then do they “still have to sleep with them if they want it?”

Similarly, it also doesn’t seem that he is presently dating a girlfriend. Blain’s social media handles – mainly Instagram – don’t feature a lady who can be regarded as his possible partner. And he hasn’t been seen with a possible partner at events or outings.

The actor is mostly busy with his acting career and has to remain away from home for several days. And it seems like that takes most of his time. It’s also possible that he is only focusing on his career in the entertainment industry.

To conclude everything, Blain is yet to share the wedding vows with a significant other and is also not dating a girlfriend.

Ser’Darius Blain is a father to a son

As mentioned earlier, most of Blain’s time is occupied due to his acting commitments. And he spends the remaining time with his beloved son Elijah Blain. That’s right, the actor is the father of one child.

Ser’Darius became a father when he welcomed his son eight years ago — on June 2, 2014. Considering that date of birth, his son Elijah Blain turned eight years of age on Thursday, June 3, 2022.

As of now, he is yet to share a birthday post for his son on Instagram. Nonetheless, when Ser’Darius’ son turned seven, he posted a cute picture alongside him and wrote a short but special caption. He wrote, “You saved me… Happy Birthday baby boy.”

In addition to the birthday post, the 6 feet 4 inches tall actor has shared numerous pictures with his son on his Instagram handle. One of the most recent ones was on April 30, 2022, when he shared a picture in which he was kissing his son’s cheeks.

In the caption, he mentioned that he was back home with his son. “Dadlife and boydad,” were the two hashtags that he had used. As of now, the father and son duo reside in their house in Los Angeles, California.

Who is Ser’Darius Blain’s baby mother?

The mother of Blain’s baby boy is said to be Isadora Ortega — an actress, writer, and producer.

As per reports from multiple media outlets, Blain and Ortega were only in a romantic relationship and yet to get married. Presently, it’s unknown how they met and when they started dating.

Additionally, it’s undisclosed why and when the couple broke up — Blain hasn’t featured Ortega on his social media handles and vice versa, so it’s only plausible to think that they parted ways.

Back on December 8, 2011, Blain tweeted a link mentioning that he and his wife were on the Allstate commercial set. However, there was no follow-up about that. So, without any confirmation, nothing could be said about it.

Around the same time, the actor reportedly said that his girlfriend at the time was one of the main reasons why he fell in love with acting and decided to pursue a career in it. But, other than that, there are no details about it as well.