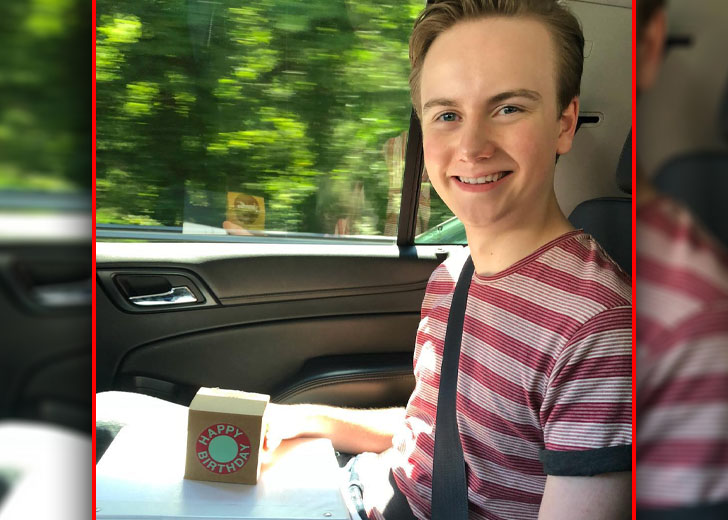 Major Dodson plays the title role of Tyson in the movie ‘Tyson’s Run.’

Major Dodson is a talented actor who first tasted the limelight in 2014 following his roles in two movies – Desiree and Left Behind – and one television show – American Horror Story. In the show, he played the role of Corey Bachman.

His popularity doubled in the next year when he landed the role of Sam Anderson / Sam in the AMC television show, The Walking Dead. After that, people began to know him as “Sam The Walking Dead actor.”

As for now, he is set to star as the lead in the upcoming movie Tyson’s Run. In it, he plays the title role of Tyson. The film was released in select theaters on March 4, 2022, and has a theatrical release on March 11, 2022, in the United States.

How old is Major Dodson?

Dodson is still in his teenage years, with him being 18 years of age, as of this writing. He celebrates his birthday every year on July 8.

Born in 2003, he was raised in the suburbs of Dallas, Texas. His zodiac sign is Cancer.

As for his education, the actor has completed high school. On January 18, 2021, he shared a picture taken after his graduation ceremony in which he was wearing a red graduation gown and mortarboard.

Are Cooper and Major Dodson related?

Major Dodson is often said to be related to Cooper Dodson. They share the same last name and have a similar appearance. So, are they related?

The answer is yes. Besides, not only are they related, but they are family members. Major is the older brother of Cooper, who was born on September 28, 2006.

Like his older brother, Cooper is also a part of the entertainment industry and has appeared in several movies and TV shows. Interestingly, Cooper is a part of Fear the Walking Dead, a spinoff show of the original show – The Walking Dead – in which Major appeared.

Major Dodson with his parents and brother (Photo: Instagram)

Talking about their parents, their mother’s name is Jen Dodson. Not much information is known about their father. Both Major and Cooper have kept the details of their parents hidden. Nonetheless, they have shared occasional pictures alongside their parents on their respective social media handles.

Major Dodson has an average height

Dodson stands tall among many people, but it seems like he has an average height. As per reports, he stands at the height of 5 feet 3 ¾ inches or 1.62 meters. However, as for his weight, that is yet to be disclosed.

On Instagram, he can be found under the username of @major_dodson. Likewise, his username on Twitter is @Major_Dodson. He also has a verified Facebook page under his name.

He has garnered a healthy fan following on those social media platforms. Speaking of the numbers, he has over 20,600, 14,900, and 29,000 followers on Instagram, Twitter, and Facebook, respectively.

How much is Major Dodson’s net worth?

Dodson made his acting debut in 2010 and only played in smaller roles initially. But, as time passed, he started to get cast in big roles in several movies and TV shows.

As of now, he has 18 credits to his IMDb profile, including the two upcoming films – Tyson’s Run and Ghost Party – and one TV movie, which is an Untitled ‘The Bad Seed’/Lifetime Sequel.

Considering all that, Dodson must have earned a healthy sum. So, what is his net worth? Currently, his exact earnings and net worth are yet to be disclosed, but it’s reported that his estimated net worth is around $400,000 to $800,000.

Inside Nikolaj Coster-Waldau’s Age, Height, Career, and Net Worth