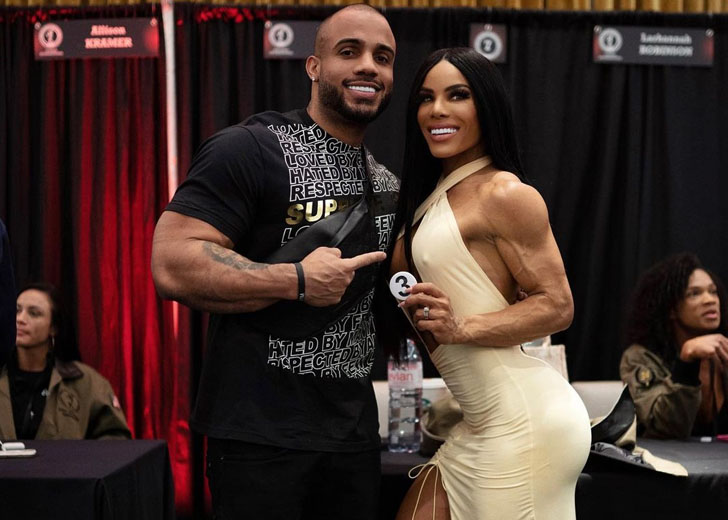 “I got married to the love of my life,” Yarishna Ayala wrote on her 3rd wedding anniversary.

Yarishna Ayala is a fitness trainer, model, and social media influencer from Puerto Rico. She rose to prominence after winning the Miss Puerto Rico bikini pageant in 2012.

She is also well-known as an IFBB-certified physical trainer and model.

Apart from being a hardworking fitness trainer and model, there are various amazing things about her that you might not know.

Hence, this article will provide you with all the necessary information about Ayala.

According to Famous Birthdays, the fitness coach Ayala was born on May 9, 1992. She will be celebrating her 30th birthday this year in May.

Moreover, her zodiac sign is Taurus. Taurus people are driven by a strong desire for social and financial stability.

Ayala was born and raised in Puerto Rico by her parents, alongside her twin sister. Her hometown is Puerto Rico itself, and she has spent her entire childhood there.

Furthermore, she decided to be a professional model and bodybuilder after being passionate about modeling and fitness since she was a child.

Talking about her parents, very little is known about them, as she has kept her personal life very private by not speaking much about her mother and father. However, she once said that her mom is her inspiration and her family is very supportive.

When it comes to siblings, she has one twin sister — whose name is Karishna Ayala and works as a celebrity makeup artist. The twin sisters even participated in a dance reality show Q’Viva! The Chosen back in 2012.

Hence, the fitness trainer is quite active on different social media platforms where she likes to share a part of her personal life with her followers to feel a connection.

Ayala has around 2.8 million followers on her Instagram, where she is seen posting about her career, friends, family, and fitness journey.

Being a fitness personality, she has a well-maintained, muscular, and toned body, and her tall height compliments her beautiful body perfectly. She has abs and biceps and has maintained her hourglass figure as an athlete.

Furthermore, weightlifting is her preferred type of exercise, and she frequently shares her workout program through her social media accounts.

In addition, Ayala goes to the gym six times a week. On Mondays, Wednesdays, and Fridays, she performs weightlifting, while on Tuesdays, Thursdays, and Saturdays, she does cardio.

Who Is Yarishna Ayala Married To? Meet Her Husband

Ayala is married to her long-term boyfriend, Luis Ojeda. Her husband is also an athlete by profession, and both of them met through their shared interest in fitness. Their love story is beautiful, and they support and inspire one another extremely.

“On a day like today, March 9, 2019, I got married to the love of my life, the most special and wonderful man in the world,” she wrote in her post [translated from Spanish].

She added, “God blessed me greatly with this incredible man that I now call Husband. My life, thank you for loving me with the same intensity that I love you, for supporting me in each of my crazy things, for filling my days with laughter and joy, for not waiting for a special day to fill me with details because you make everyone my days are special, for believing in me like no other and being my rock and strength to get ahead every day.”

Besides, the duo loves posting photos together, and they are often spotted together at various award ceremonies.

In the early 2010s, when Ayala was in her 20s, she decided she wanted to be fit and have a fantastic physique, and she gathered enough courage at that time. Her fitness journey started back when she faced an existential crisis by looking at her sister’s life.

In the beginning phase, the diva tried out her luck in dancing by participating in a show called ‘Q’Viva! The Chosen’, alongside her sister.

However, Ayala later realized that dancing was not what she wanted, and she slowly headed towards fitness. In 2013, she competed for the first time in a fitness competition and earned a trophy. She then gradually made a name for herself as a bikini athlete.

What Is Yarishna Ayala’s Net Worth?

Undoubtedly, Ayala is one of the most talented and affluent fitness trainers.

She has an estimated net worth of around $1.5 million as of 2022. Her significant sources of income include modeling, coaching, endorsements, and brand promotions.