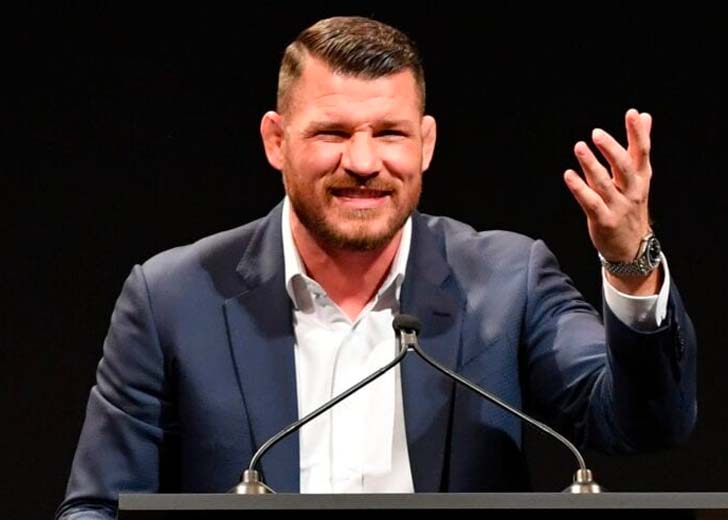 Michael Bisping is a former martial artist who has earned global fame since participating in the UFC Middleweight and Light Heavyweight Championship. However, his career in the championship led to a tragic event that injured him badly.

Bisping is now an actor, sports analyst, and commentator. Moreover, he is the first British fighter to win a UFC Championship. In addition, he participated and won The Ultimate Fighter 3.

The unfortunate event with his eye injury left the fans shaken in 2013. However, he kept his stand, participated in 7 more tournaments, and won. He has shared a few details of the injury with the public.

Bisping lost his right eyesight at a match with former UFC Champion Vitor Belfort. Reportedly, he received a head kick from Belfort, which caused retinal detachment in his right eye.

On January 19, 2013, Bisping competed against Belfort at a UFC tournament on FX, titled Belfort v/s Bisping. It was his chance to win a title shot, but he was devastated when he lost in the second round TKO after he received a head kick.

However, he didn’t consult a doctor immediately because he feared they’d prevent him from other matches. So, he fought against Alan Belcher with an eye injury and incidentally won with a unanimous technical decision.

Later, he couldn’t compete because of the worsened condition of retina detachment and pulled out of the competition against Mark Muñoz. It was only in 2019 that Bisping opened up about the injury and stated his visual was pretty much non-existential.

Moreover, he barely passed a vision test where you needed 20-200 vision, and that range would still claim him clinically blind.

After the accident, Bisping competed passionately and won seven titles along the way. He claimed he had to change his fighting style to overpower his opponent.

His career was forever changed due to his vision impairment. But he overcame those difficulties through hard work and dedication. Consequently, he’s a strong fighter both physically and mentally.

Eventually, he started his career in acting and starred in multiple movies.  Some of his works include Return of Xander Cage, My Name is Lenny, and Den of Thieves. Moreover, he became a sports analyst and a commentator after all his career explorations.

How was Bisping able to fight after the injury?

In an interview, Bisping stated that he had a prosthetic eye lens to cover his right eye and lied about it to keep competing in fighting tournaments. Many fans were curious about this, so Joe Rogan asked him to elaborate on his methods.

Bisping said that he barely managed to pass the eyes test, but with great deceitfulness, he succeeded. Moreover, he claims that his first eye test was pure luck. The enthusiastic former fighter reportedly guessed the answers to the test and passed.

The UFC 3 winner claims that he was worried every time he got tested before the match. But, the checkers were careless, and he succeeded in entering the tournaments.

What NBA Players Do During The Off-Season