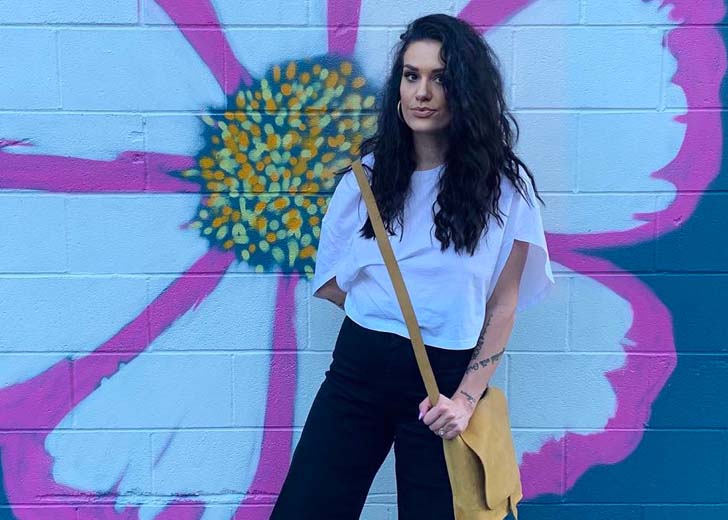 Many well-known couples maintain their distance after divorcing, but Tarryn Fisher and her former husband still get along well.

Tarryn seems willing to go above and beyond for her kids, so they won’t feel pressured and stressed out by their circumstances, even if it means maintaining a good relationship with her first husband.

Many couples keep their distance after divorce, but Tarryn still has a good relationship with her ex-husband.

She is very candid about her life, particularly her divorce and post-relationship with her first husband after the separation.

Tarryn Fisher with her present husband, her ex-husband, and their shared children. (Source: tarrynfisher/Instagram)

On August 9, 2020, she posted a photograph that most people would find uncomfortable. The picture included her present husband, her ex-husband, and their shared children.

The novelist’s caption on the post was the most responsible thing anyone had ever said. She wrote, “Ex husband, husband, and the kids we share. You can outsmart almost every circumstance with love. True story.”

Many fans showed their love and support toward her as one of the fans wrote, “What a lovely pic. Making it work.”

Many people questioned the author’s marital status after her divorce from her first husband. The answer is yes. She is happily married to a guy named Joshua Norman, and they share a son.

The pair tied the knot on April 9, 2017, in front of their near and dear ones. They recently celebrated their fifth anniversary.

On the occasion of their 5-year wedding anniversary, Tarryn took to her Instagram and posted several lovely flashbacks pictures from their wedding day.

A brief yet cute message that summed up their relationship was written alongside the picture. “BRB celebrating five years of marriage with my love this weekend,” she wrote.

Tarryn and Norman frequently upload photos together and discuss their journeys as a married couple.

On May 9, 2021, on Mother’s Day, Norman shared a photo with his wife and left a lengthy note wishing her a happy Mother’s Day.

Norman wrote, “I love you for so many things Tarryn, but today I honor you for your dedication as a mother.”

A closer look on Tarryn Fisher

Tarryn was born in 1983 and currently resides in Seattle, Washington, with her children and husband.

She is a South African-born novelist best known for her New York Times best-selling novels The Wives and The Wrong Family.

When Tarryn was three years old, her family left South Africa and moved to Broward County, Florida, in 1985.

The Opportunist, Tarryn’s debut book, was independently published on Amazon. Her two most recent books, The Wives and The Wrong Family, were released by HarperCollins’ Harlequin Enterprises.

The novel is “all a bit over the top, but Fisher is a slick writer who keeps a tight rein on her lightning-fast plot,” according to Kirkus Reviews in the 2019 review of The Wives.

Are Florence Pugh and Zach Braff No Longer Dating?