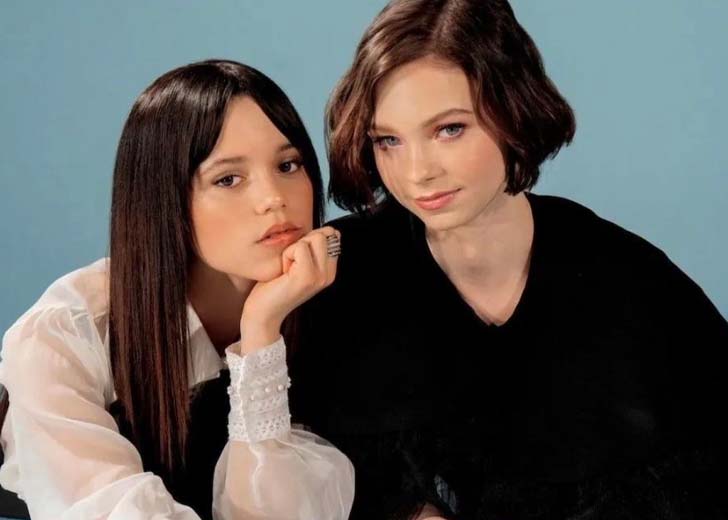 The Netflix popular series Wednesday is gaining immense popularity, and the role of Enid and Wednesday is the most significant; Emma Myers and Jenna Ortega play them.

Emma, as Enid Sinclair, portrayed the role of an outcast at Nevermore who struggle to be a werewolf.

She is a social butterfly and a lovable student of the school. In contrast to Enid, Wednesday Addams’ character in the show is cold and homicidal. She is highly introverted and far from being social and making friends.

Despite differences, Enid and Wednesday are roommates and very good companions at the show. Fans are fond of them together.

The chemistry of this duo has ignited fan theories that the roomies may be more than just friends. Their dating rumors have been spread all over.

Fans have even given them a couple name ‘Wenclair’ (Wen from Wednesday and Clair from the end of Enid Sinclair.) The hashtag on this name has already got more than 754.8 million views on TikTok. Let’s see what Myers has said about this.

Emma Myers remarked on the relationship between Wednesday and Enid

Myers has spoken a few times about her and Ortega bonding as Enid and Wednesday. Fans always wanted to see them together, and Myers seems to be aware of it.

In an interview with Grazia, Enid remarked about her character and about Wednesday, “She’s a bit of a late bloomer so she doesn’t have her full powers. It makes her feel like an outsider but then she meets Wednesday and they become roommates. She tries to hit it off with her, but we’ll see how that goes!”

This does not end here Myers has spoken about her and Ortega’s characters with Elite Daily.

“You know what I always say: And they were roommates,” she referenced the popular LGBTQ+ meme and said, “Jenna and I would say that all the time to each other. And that’s all that needs to be said — I think that gets the message across.”

Also, when asked why she thought Wednesday is seen as a queer icon, she replied, “I think because she’s a badass. She’s cool, she’s got a nice sense of style, but she’s somebody who embraces her differences and isn’t out to please anybody.”

Myers hopes that season 2 of Wednesday will show more of Enid teaming up with Wednesday, “I would honestly love to see Enid join Wednesday on her investigations more,” Myers says.

She further added that Enid needs to gain some confidence.

And she felt like going out with Wednesday and figuring out murder mysteries would really help her. She would like to see her being some sort of detective.

Myers has also addressed her thoughts on ‘Wenclair’ to Pride.

When Pride correspondent asked, “In a perfect world, we would’ve been like a thing. Do you and Wednesday make a good couple,” Emma responded with what she always says, “I always say and they were roommates.”

Emma Myers and Jenna Ortega behind the camera

Myers adores her co-star Ortega. Both are of the same age and share very close bonding off-camera too.

In the Grazia interview, Myers shared, “I really wanted to form a good relationship with her. The first time we met she ran up to me and gave me a hug and was so sweet. The whole time she was looking out for me on set. If you ask her for advice, she’ll be honest with you and tell.”

She further continued that she was so happy that she got to work with Ortega, who was the perfect Wednesday, and she thought people would enjoy seeing Ortega as Wednesday.