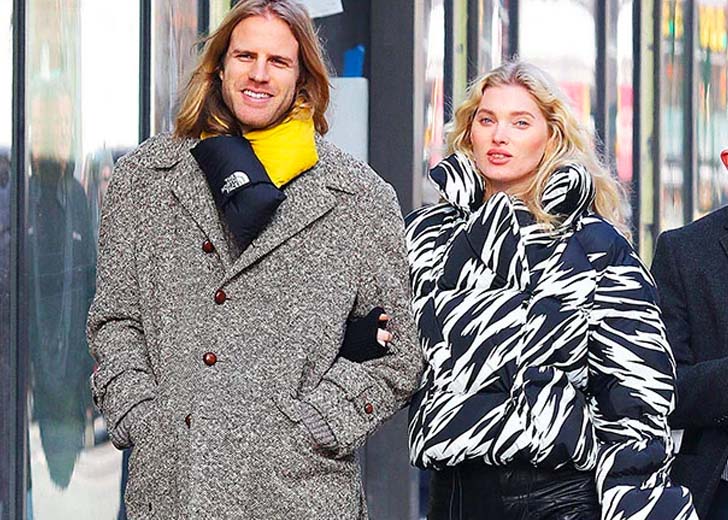 She has also collaborated with brands like Dior, Dolce & Gabbana, H&M, and Guess. The model often posts the scenes and pictures of her campaign on her social media.

However, her fans and followers are more interested in her love life. Hosk often posts pictures with her boyfriend, Tom Daly, and their daughter on her Instagram.

Fans adore the posts, and in the comment section, they always ask if Daly is her husband and if they already had a wedding.

Moreover, whenever Hosk posts pictures of herself wearing a white dress, they ask her if it is her wedding dress since she is sporting a bridal look.

So, what is the truth? Is Daly her husband, and did they have a secret wedding ceremony?

No, Daly is not Hosk’s husband. He is just her boyfriend and baby daddy.

The pair have not gotten married and have yet to have a wedding ceremony. However, they may have already tied the knot in secret.

But neither Hosk nor Daly has announced their wedding to the public. Therefore, to assume that the two are married is merely speculation.

That being said, many tabloids have dubbed Daly as her husband. Some have even gone far as to say that the duo married after Hosk gave birth to their daughter.

But it is not the truth. As a result, Daly is just her boyfriend and not her husband.

Hosk and Daly are #relationship goals. They have been dating since 2015, but they have known each other since 2011.

Daly once posted a black and white picture of the pair and captioned it as, “2011, Thankful we got ourselves together eventually,” alluding that the couple knew each other four years before they officially started dating.

Hosk and Daly are very low-key about their relationship. They sometimes post pictures of one another on Instagram, especially during anniversaries and birthdays.

Similarly, they rarely talk about one another in public. But when they do, they gush about how supportive their partner is.

In 2018, Hosk got to wear the iconic Fantasy Bra of Victoria’s Secret. The bra is an Atelier Swarovski piece of lingerie, reportedly valued at around $1 million.

The supermodel talked about it in an interview with ELLE US. She shared that her friend Liz first about wearing the lingerie, then she told her boyfriend.

Daly is not really in the modeling world, so he does not understand the importance of some things —  for instance, wearing the Fantasy Bra. Regardless, he was supportive and happy for his girlfriend.

He told her he was proud of her and said, “I don’t really know what this bra means, but I know it’s a big deal.”

Hosk and Daly live together in New York City and spend their free time hiking, going to the beach, and swimming.

When their occupations aren’t dragging them around the world, they do their best to spend time together  —  something evident from their social media.

A family of three

In February 2021, the pair welcomed their first child together. Hosk announced her pregnancy on September 29, 2020, by showing off her baby bump.

She captioned the picture, “Feeling beyond excited and lucky to be having a baby and begin the next chapter of life with the man of my dreams!!! Half way there.”

In a similar fashion, the model revealed that she gave birth to their daughter via Instagram. She uploaded a selfie of her, Daly, and their newborn sleeping on the latter’s chest.

Via the captions, she announced their daughter’s name —  Tuulikki Joan. She was born on February 11, 2021, and Hosk called it the happiest day of her life.

She noted that she named her daughter after her mother and grandmother-in-law and ended her captions gushing about loving “baby Tuuli” forever.