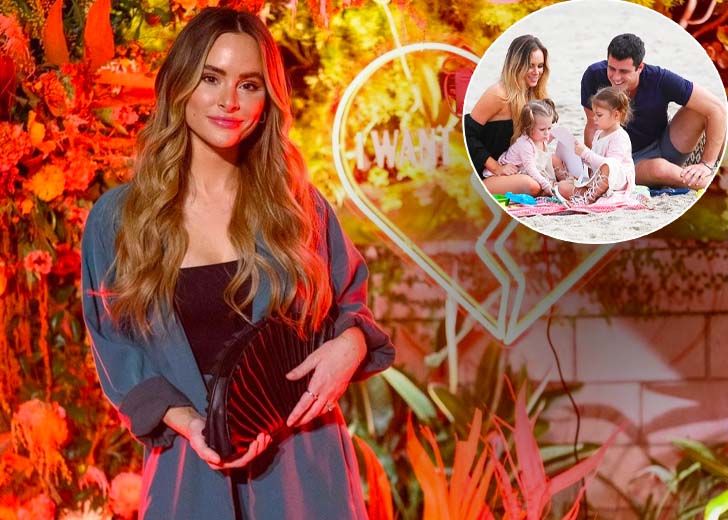 Prior to her stint in reality television, Amanda Stanton was wed to Nick Buonfiglio. The couple got married around 2012, and in 2015, just three years later, they divorced.

Stanton first appeared on Season 20 of The Bachelor and then joined Seasons 3 and 4 of Bachelor in Paradise. Since her time in the shows, she has spoken to more than one million social media fans about her life.

The former Bachelor in Paradise star has been open and honest about everything, including her relationships, health, and single parenthood.

She had two daughters from her former marriage to Buonfiglio, Kinsley and Charlie, and she was raising them alone until she met Michael Fogel in 2021.

In June 2020, the former Bachelor in Paradise candidate claimed that she and her ex-husband don’t co-parent well.

“I’m going to be honest because maybe it will help other single parents feel better if they’re in the same boat. I wish we did, but unfortunately, I don’t think we ever will,” the reality star confessed at the time.

After a few years, during an Instagram Q&A, one viewer questioned Stanton about her daughters’ connection with their father.

The answer from Stanton was frank, claiming, “I avoid these questions because whenever I’ve mentioned anything in the past, it always tends to get picked up by the media and that’s not what I want.”

She further claimed that the last time someone asked her about it, she gave a terse response that was still accurate more than two years later: “No, we don’t, and I don’t think we ever will.”

Another user asked if Kinsley and Charlie have different last names from her, and Stanton got real with her response.

She replied yes and advised, “write YOUR last name on the freaking birth certificate,” if one is single, dating, but blissfully married, adding that she did not say it to be petty but rather because she felt it was necessary.

Congratulations are in order! The Bachelor alum Staton married her boyfriend Fogel in an intimate wedding on September 2 at Kestrel Park in Santa Ynez, California.

The actress stated that she was so excited and happy for her upcoming journey with Fogel and said, “It’s so special to make this commitment,” to People magazine.

“We got married!” Following their California wedding, on Friday, Stanton, 32, wrote on her Instagram Story. “Look at my HUSBAND! No wonder there’s a heat wave,” the reality star captioned the second snap of Fogel holding up his wedding band.

Stanton’s daughter Kinsley was her maid of honor, while her second daughter Charlie was the flower girl at her wedding.

After what began as a friendship developed into more, the couple announced their romance to the public on Valentine’s Day in 2021.

Stanton shared an Instagram post of her and Fogel at the time and captioned, “Happy Valentine’s Day from Cabo (because chips, guac, and spicy margs are the way to my heart.”