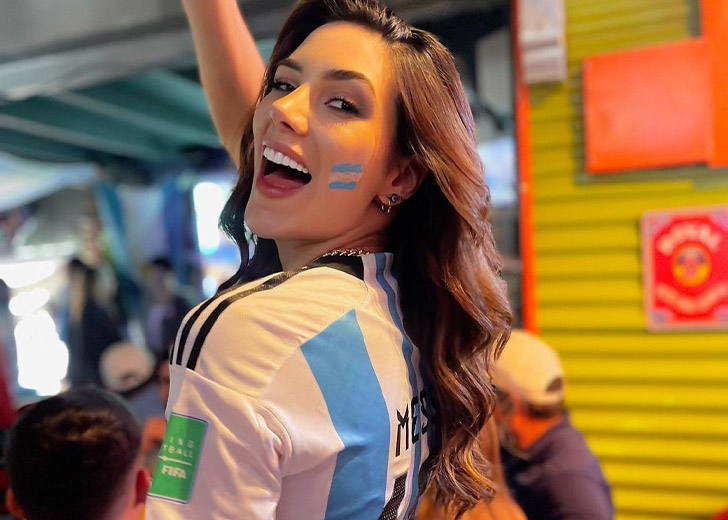 Argentina finally won the FIFA Men’s World Cup after 36 years, thanks to captain Lionel Messi and his teammates. And Argentina’s World Cup victory is being celebrated worldwide.

One of the many people celebrating the title win is Miss Argentina Mariana Varela and her Miss Puerto Rico wife, Fabiola Valentín.

On December 19, 2022, Varela took to her Instagram handle to share multiple pictures, donning Argentina’s jersey with Messi’s print at the back. In the second picture she posted, she was seen kissing her wife. The latter photos showed Varela watching the World Cup Final.

Alongside the cute photos, she had written a heartfelt caption. She wrote, “What it cost, what we suffered, what we enjoyed and laughed at. Every moment was special… from holding hands with the love of my life throughout the game to sharing the last penalty with my dad via video call.”

“This for Argentina is culture, passion, joy and pride, a lot of pride, the same pride we have every time we see our national team play but this time sharing the celebration of being world champions. Thank God for making me Argentina, thank you daddy for jumping with me from Arg.”

“Thank you my love @fabiolavalentinpr for living the celebration with me and thanks to my team for being such warriors. ARGENTINA IS A FEELING, I CANNOT STOP,” she concluded her caption.

Moments later, Miss Puerto Rico also shared two pictures via Instagram. The first one was the same kissing picture that Varela posted, and the second was a selfie of the two while donning the Argentina jersey — both of their jerseys had Messi and No. 10 printed on it.

“Your smile is the goal in the nineties. Argentina is the new world champion,” Valentín captioned her post.

Congratulations to all Argentines on this monumental win! But it’s Argentina’s players who deserve all the credit for their amazing performance throughout the tournament, even though they suffered a heartbreaking defeat at the hands of Saudi Arabia in their first game. 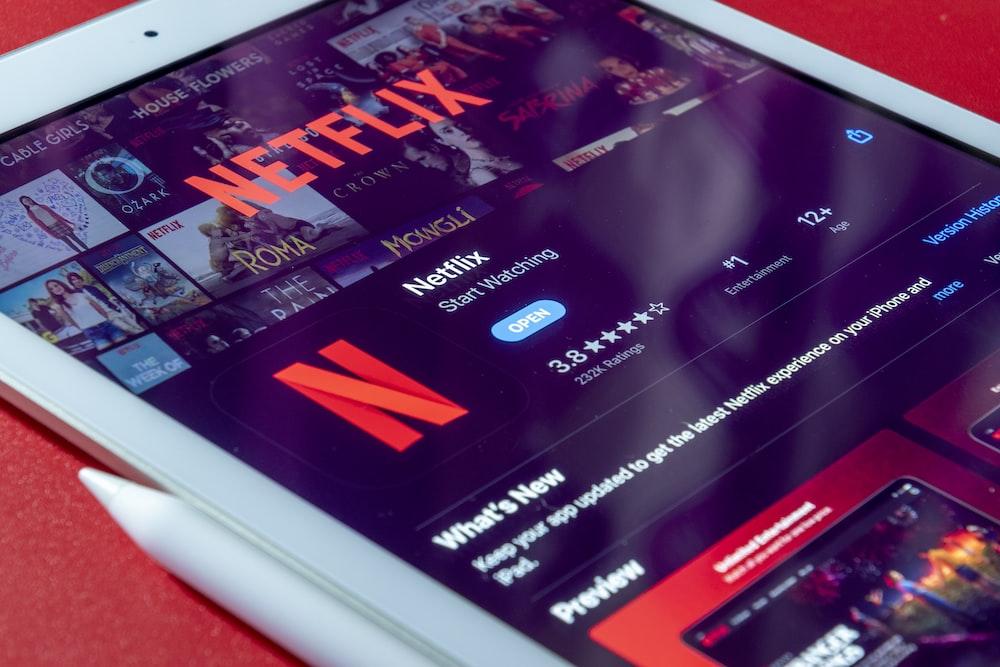 Well, Stranger Things is where the young actress stood out the most, but Millie also starred in other movies and TV series worth your attention. We’re going, therefore, to explore her most must-watch films and TV shows, from her debut drama series Once Upon a Time in Wonderland to the most-viewed title in a week, Enola Holmes 2, as well as some less-expected projects and others that are on the horizon.

Here’s a round-up of Millie Bobby Brown’s most impressive movie and TV show roles. You’ll be amazed by her filmography and surely schedule one – or more – of these for your Saturday evening.

Most spectators know the British star from the American Sci-Fi horror series Stranger Things. Millie is the actress to play the young girl with telepathic and psychokinetic powers, Eleven, also known as El.

The show revolves around this girl who escapes from Hawkins Laboratory and her friends, Lucas, Dustin, Mike, and Will. Stranger Things’ first episode introduces El in the circumstance of the disappearance of Will, who is to be taken to the same underground laboratory where El has been subject to various experiments.

The series has rapidly become a cult across the globe and is one of youngsters’ favourites, being viewed by more than 30 million people worldwide. The intriguing story and intelligent kids starring in the show made it a real phenomenon, so don’t be surprised if you see the Stranger Things Funko Pop figurines everywhere.

Stranger Things season 4 has left many fans with too many questions, we know, but after all, that makes the series so intriguing and awaited. Season five might be the last on the list, so if you’ve never watched any episode from the Sci-Fi show, we highly urge you to do so. You have plenty of time to catch up on it – and no, we don’t give you any spoilers.

Millie plays the role of the determined, passionate, and bright Enola Holmes in the film of the same name. Enola Holmes is an adaptation of The Enola Holmes Mysteries written by Nancy Springer and featuring Sherlock Holmes’ sister.

The first film focuses on Enola’s attempt to find her missing mother and elucidate the conspiracy around a young lord. Although her brothers, Sherlock and Mycroft, want to send her away to a finishing school, Enola finds a way out and outsmarts her brothers in many respects.

However, Enola Holmes is a beyond-elementary film in which you get to see unrivalled sibling chemistry.

Last year surprised fans with a sequel to the beloved first Enola Holmes film. This time, the young Enola proves her abilities as a detective and, with the help of her extraordinary psychic powers, manages to solve a case about a mysterious disappearance of a girl.

This case also troubled Sherlock in the past, so Enola is helped by her brother and her friends to put an end to such a long-going secret.

Godzilla: King of the Monsters and Godzilla vs. Kong

The tenth installment in the Godzilla franchise brings new faces to the big screen, including Millie Bobby Brown.

Godzilla: King of the Monsters is a Sci-Fi film telling the story of a monster that aims to destroy the world. But the true threats aren’t Godzilla and Mothra but rather the King of Monsters, Ghidorah, who has taken control of other Titans, incited to destroy everything. In order to stop this chaos, humans must depend on Godzilla.

Among the scientists leading this mission are Dr Mark Russel and Dr Emma Russel, whose daughter is none other than Brown in the role of Madison Russel. She took the same role in the follow-up movie launched in 2021 – Godzilla vs. Kong.

Do you know the little girl wearing a yellow jacket from Intruders? She’s Millie in the role of cute Madison O’Donnel.

The paranormal thriller TV show tells the terrifying story of a secret group of people whose goal is immortality and who’ll do anything to achieve it, even if that anything means taking refuge in other people’s bodies. The souls of these eternity-seeking people mysteriously occupy others’ bodies, and little Madison is no exception to such intrusion.

A former police officer from LAPD will try to solve this mysterious happening and eventually finds out that a serial killer uses little Maddie as his vessel. Things are turning suspenseful in this thriller starring Millie Bobby Brown, so if you love this kind of movies, don’t miss this one.

Once Upon a Time in Wonderland

Sometime long before Stranger Things, Millie Bobby Brown stood out in the hit TV show Once Upon a Time in Wonderland, playing young Alice. This was, in fact, her acting debut, and given how positively critics acclaimed it, we consider it a success and a major step in Millie’s acting career.

What’s so special about this series is that it happens in a present-day Wonderland, making it more relevant to today’s public.

The Stranger Things star is also set to play Elodie in Netflix’s upcoming fantasy film Damsel. Netflix announced the launch date of the movie – 13 October 2023 – so this is a sure thing.

The movie’s story revolves around Elodie, a young girl raised in poverty but whose fortunes take a new turn after a wealthy kingdom is ready to save the girl and her family from poverty, as well as Inophe itself, in exchange for Elodie herself.

It seems that Elodie has something special that the mysterious kingdom aims to capture… What is this and what will happen with Elodie only remains to be soon, so watch it out.

The Weeknd Ft. Lana Del Rey’s ‘Stargirl’ Is Now the Most Streamed Interlude in Spotify History

Congratulations to the singers! 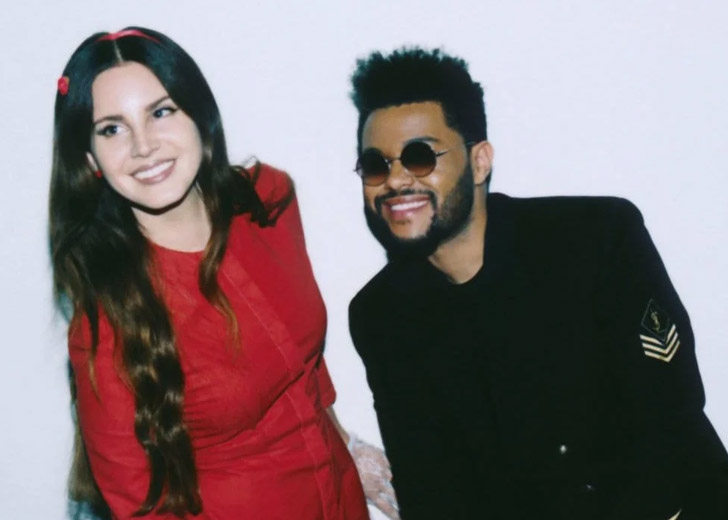 Setting one milestone after another! ‘Stargirl Interlude’ by The Weeknd ft. Lana Del Rey has now become the most streamed interlude in the history of Spotify.

On Thursday, January 5, 2023, the official Twitter handle of Pop Base took to the platform to post two pictures. The first photo was the poster of The Weeknd’s 2016 studio album Starboy and the second image was of The Weeknd with Lana Del Rey.

The Weeknd with Lana Del Rey during the photoshoot for ‘Stargirl Interlude’ (Photo: Twitter)

In the caption, they wrote, “‘Stargirl’ by The Weeknd ft. Lana Del Rey is now the most streamed interlude in Spotify history.”

Since the tweet was made, many Twitter users have taken to the comment section and pointed something down. For instance, one user first wrote, “MOTHERRRRR,” and then followed up with, “LANA DID THAT.”

‘Stargirl Interlude’ by The Weeknd ft. Lana Del Rey was released as a part of the Canadian singer’s third studio album, Starboy, which was officially released on November 25, 2016.

Fans are saying Selena looks hot in the picture! 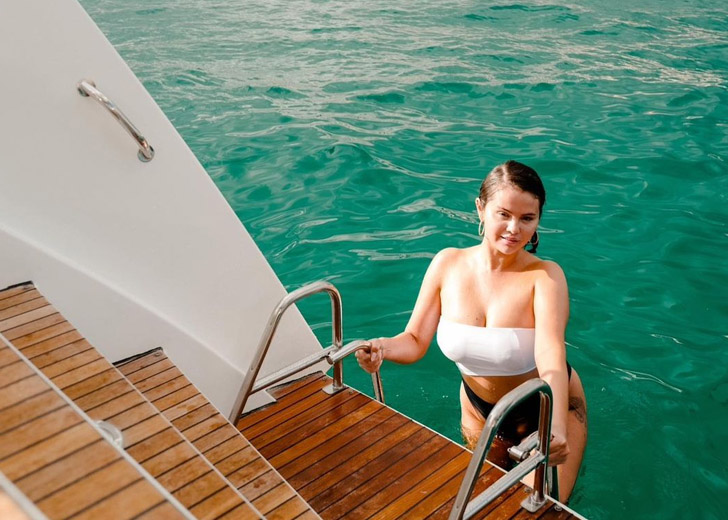 Selena Gomez arrived at Cabo San Lucas, Mexico, to celebrate New Year 2023 with her friends on December 31, 2022. And now, she has started to flaunt stunning solo pictures and group pictures.

Selena Gomez with her friends during her New Years’ celebration in Cabo San Lucas (Photo: Instagram)

The first post contained 10 photos and showed Gomez and her friends enjoying their time at the beach and yacht, playing games, having drinks, swimming, and sunbathing. But the last picture from the post stunned the fans of the singer.

The new picture was of Gomez climbing the steel ladder of the yacht after swimming in the ocean. Gomez’s legs are still touching the water, with her upper body above the water level. Similarly, she had worn what looked like a bikini — a white piece that covered her breasts and black-colored undies.

Selena Gomez climbing into the yacht after swimming (Photo: Instagram)

Many of her fans took to the comment section to show their praise for how hot and stunning Gomez looked in the last picture. One Instagram user wrote, “the last pic,” along with a smiling face with three hearts emoji.

Many of her fans took to the comment section to show their praise for how hot and stunning Gomez looked in the last picture. One Instagram user wrote, “the last pic,” along with a smiling face with three hearts emoji.

As for the second post, it contained five pictures of herself, her best friend Nicola Peltz, and Peltz’s husband Brooklyn Beckham. Likewise, Gomez had a humorous caption for the post as she wrote, “Fine calls us a throuple #foreverplusone.”