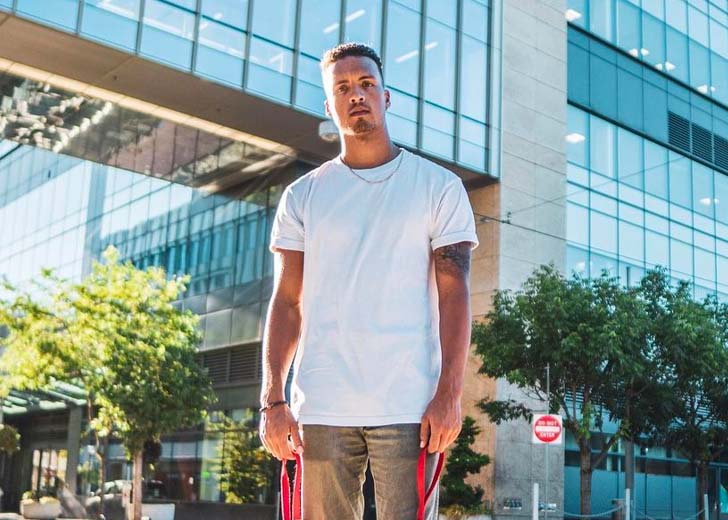 All about Bachelor In Paradise star Brandon Jones.

On the season 8 finale of Bachelor in Paradise, Brandon Jones’ proposal to Serene Russell was essentially guaranteed. On the first day of filming, the two hit it off right away. Their relationship has been drama-free, and their love has lasted the entire season.

On November 21, Russell and Jones entered the fantasy suite together during the first half of the finale. They’ve already declared their love for one another several times, and they’ve talked of getting married at the conclusion of the show.

Below learn a few more things about Jones:

As per online reports, Jones is approximately six feet and three inches tall. However, he has not confirmed this himself.

2. What Happened to Brandon Jones on ‘The Bachelorette’?

In 2021, Michelle Young and Jones were contestants on The Bachelorette’s 18th season. Along with Nayte Olukoya, he was one of the final two men.

Jones declared his love for Young at the last rose ceremony and was prepared to propose to her. However, she dumped him, as her love for Olukoya was greater. Young and Olukoya got engaged but eventually split up.

From 2012 to 2014, Brandon studied at Portland Community College for two years. He received a minor degree in Entrepreneurial Studies from that institution.

He started attending Western Oregon University in 2014. He earned a bachelor’s degree in Business Administration and Management in 2017.

One thing Brandon and his ex-girlfriend from the Bachelorette, Young, had in common was a love of basketball. According to his ABC bio during The Bachelorette, the reality TV star is a “self-proclaimed basketball fiend.”

Since Young used to play basketball, they had a lot in common.

Brandon had already committed himself to one significant relationship in his life before falling in love with Russell, his dog! On his social media accounts, he frequently shares pictures of his dog, Mac.

Brandon had a job as a traveling nurse recruiter in Portland, Oregon, before becoming a reality celebrity. According to his LinkedIn profile, he worked at PeaceHealth from September 2020 to November 2021. Prior to that, he worked as a Talent Acquisition Coordinator for Nike for six months on a contract basis.

Before that, Jones worked as an Onsite Manager & Recruiter at Manpower, and from August 2018 to July 2019, he served as the Social Media Manager at Riverdale Landscape.

In an interview with Bachelor Nation, Jones said that he and Russell are moving in together in San Diego as their next step after becoming officially engaged.

Russell, Jones’ fiancé, added that “Paradise” was such a special spot for them and that it would be wonderful to get married there if their families were present.

Posted on February 9, 2022February 9, 2022
When using streaming services, you can often save a lot of money by applying coupons. Many companies have community sites that allow users to...
Read More