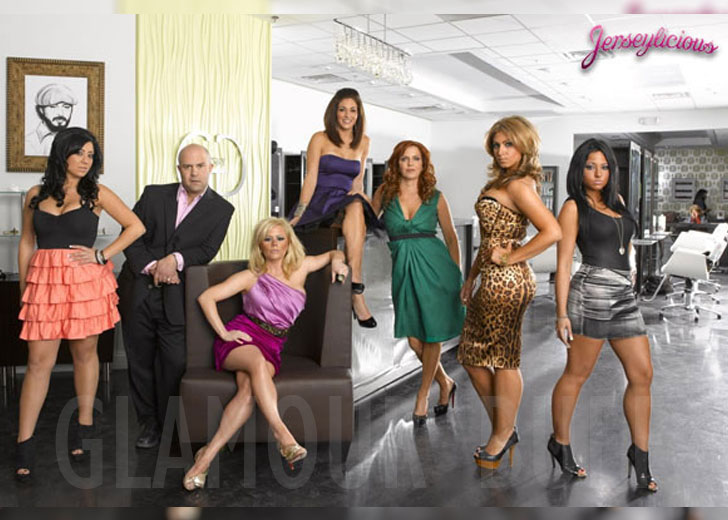 The city of New Jersey has surely been the home of some of the well-known reality television shows such as The Real Housewives Of  New Jersey, Jersey Shore, and Cake Boss.

Among several of those, one is Jerseylicious – a reality TV show filled with entertainment and drama from the world of hair and beauty. The show ran over six seasons in around four years.

The first five seasons aired on now-defunct Style Network – the first season premiered on March 21, 2010. Esquire Network took over the sixth and final season, which was later made available on Food Network On Demand June 18, 2017, onward.

Speaking more about the show, it followed the lives of six stylists working in salons based in Green Brook Township, New Jersey. Some of the salons featured in the show were Anthony Robert salon, The Gatsby Salon, and The Glam Fairy.

Not only did the show focus on the salons and their cast members, but it also showed the audiences everything that included friendships, relationships, breakups, catfights, and industry rivalry.

Some of the cast members of ‘Jerseylicious’ (Photo: Style Network)

The show received mixed reviews from critics and general people during its run. However, since Jerseylicious ended, some keen viewers of the show have been wondering what has happened to the cast members of the show and where they are now. Let’s find out everything!

Tracy Dimarco-Epstein formerly went by the name of Tracy “Dimarco” Maloney while she was still in Jerseylicious.

She was an up-and-coming hairstylist who managed to achieve success quickly. She also used to work as an apprentice for a local New Jersey magazine. She often used to get in a clash with her fellow cast member Olivia Blois Sharpe.

She is currently the owner of Princess Armor – a full fashion company that features clothing, accessories, custom-made items, and many more products. Additionally, she co-runs the podcast Bad Examples with her friend Jessica Romano-Calacione – a former Glam Fairy makeup artist.

As for her personal life, she is a single mother of three children named Skylar James, Jayden Gene, and Julian Chase. It’s reported that her third child, Julian, is “deaf and has cochlear implants.”

Dimarco-Epstein was formerly married to Corey Epstein. They shared the wedding vows in 2013 and ended their marriage in 2019. She shares her children with her ex-husband.

Hailing from Montville, New Jersey, Olivia Blois Sharpe was the lead makeup artist at Anthony Robert Salon and The Gatsby Salon. She was a talented person who was into makeup and hair from her middle school days.

Following her passion, she attended the County College of Morris and studied fashion, art history, and design. After that, she enrolled at Christine Valmy International School of Beauty and graduated with a healthy score.

Coming over to her present scenario, Jerseylicious fans might not be able to recognize her as much has been changed in her looks in the past eight years. She seems to have left using dark fake tan and heavy makeup.

Instead, Sharpe has opted for an understated look nowadays. She currently resides in New York City, where she works for herself. Reports also suggest she launched her own line of clothing called TwoVirgos. She is active on Instagram and has over 283,000 followers.

If you are wondering if there are any changes in the life of Christy Pereira, then you might be wrong. It seems like she is still living the same lifestyle she used to during the course of Jerseylicious.

Pereira is the daughter of Danny Gianfrancesco and Gayle Giacomo – Gayle owns The Gatsby Salon. She worked at her mother’s salon as the manager and receptionist.

As for her personal life, she was already married while on the show — her husband’s name is Danny Pereira. Not only that, but she was also pregnant on the show. As for now, she is a proud mother of two children: Daniella and Rocco.

Like her daughter, nothing has changed in the life of Gayle Giacomo. She still runs The Gatsby Salon as its proud owner.

She occasionally features the work of her salon via her Instagram handle. The reality TV star still looks young as ever and has managed to maintain quite the youthful figure.

Anthony Lombardi first appeared on Jerseylicious while his salon was undergoing a new makeover. It was previously reported that he was a married man. It is now said that he is a father to a child. But the details are fuzzy and unknown.

As for his current business, he owns his salon named AR Salon. Additionally, he is the author of a book titled The Glamor State. He has an active Instagram handle and often shares things about entrepreneurship.

Her personal life was quite intrigued in the show as she had an on-off relationship with her boyfriend, Frankie. She was shown as the woman who wanted to get married to a perfect husband and have adorable kids.

And it now seems like her dream has been fulfilled as she is married to her husband named Lou. And the married couple even welcomed a daughter recently – the baby shower was on June 13, 2021.

As for her professional life, she currently resides in New Jersey with her partner and daughter. Her Instagram handle suggests that she is still working as a stylist.

Alexa Prisco was another cast member of Jerseylicious who worked as a lead makeup artist at The Gatsby Salon.

A natural entrepreneur from the start, she left her job at The Gatsby Salon to open her own company named The Glam Fairy. In addition, she was the lead of her own spinoff show titled The Glam Fairy – which aired from 2011 to 2012.

Coming over to her personal life, she is the proud mother of her daughter named McKayla, whom she gave birth in December 2012. She remains private about her love life and hasn’t shared many details about it.

Furthermore, among those recurring cast members, one honorable mention goes to Mike Aktari. Aktari was the former boyfriend of Tracy Dimarco-Epstein and Olivia Blois Sharpe. His presence on the show led to quite the rivalry between Dimarco-Epstein and Sharpe.

Unfortunately, Aktari was found dead at his Long Island home on March 13, 2017. At the time of his death, he was just 28 years of age. Following his death, Sharpe gave a heartfelt tribute to her former boyfriend via Instagram.