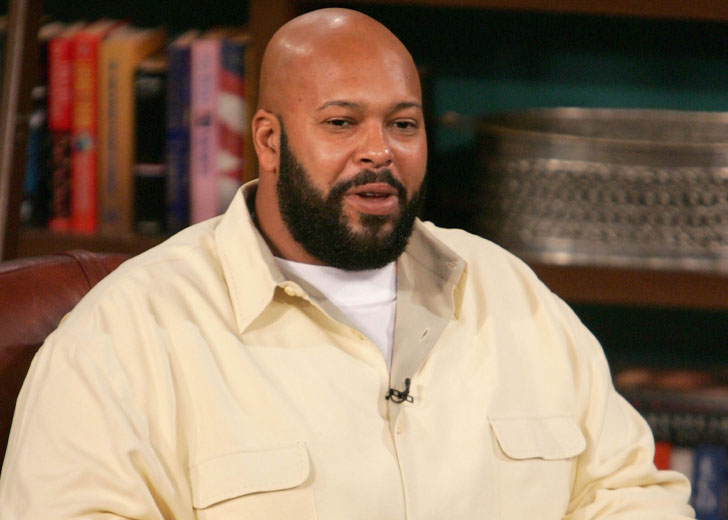 A look at Suge Knight’s present and past net worth!

Fans of gangsta rap or general rap fans from the 1990s would surely recognize Marion Hugh Knight Jr., who majorly went by his stage name of Suge Knight.

The record producer and music executive gained huge popularity in the early 1990s. At the time, he was the co-founder and CEO of Death Row Records. Additionally, he was regarded as one of the central figures behind the commercial success of gangsta rap.

Due to his success, his income and net worth also increased. However, all of that changed following his downfall, which also drastically changed his net worth. So, how much change was there? Let’s find out!

Suge Knight was reportedly worth over $100 million

Knight’s success and net worth at the peak of his career were something else. And all of it was thanks to Death Row Records.

Suge Knight was once at the peak of his career with a huge net worth (Photo: Getty Images)

Additionally, Knight worked with several more artists and released hit songs and albums through his record label, Death Row Records. Some other rappers that the label worked with were The D.O.C and Michael Harris.

Similarly, in October 1995, Knight made a deal with now-late rapper Tupac Shakur, aka 2Pac, and signed him to Death Row Records. Next year, 2Pac released his greatest commercial success, All Eyez on Me, through the record label.

When the label’s condition improved, Knight’s financial situation also improved. And Scape reports that the former footballer had an estimated net worth of more than $100 million during the peak of his career.

The downfall of Suge Knight

As of this writing, Celebrity Net Worth reports that Knight has a net worth of $200,000 only. Various factors such as legal troubles, controversies, allegations, and more played in the downfall of Knight and his income.

On September 7, 1996, Knight and 2Pac reportedly assaulted a member of the Southside Compton Crips gang. Just hours later, when Knight and 2Pac were in Knight’s car, a white Cadillac pulled near Knight’s right side.

The people on the white Cadillac fired four shots at 2Pac. Knight was also injured as the fragmentation of the bullets hit his head. However, Knight was able to drive for one mile before getting pulled over by police — the police called the paramedics after seeing their situation.

Both of them were taken to the University Medical Center of Southern Nevada. Fortunately, nothing much happened to Knight. But, unfortunately, 2Pac was declared dead — he died six days later on September 13.

Although nothing is proven, Knight’s name was involved in the theories of 2Pac’s murder. Following 2Pac’s death, Dr. Dre and Snoop Dogg decided to leave Death Row Records.

Similarly, Knight’s name again popped up when American rapper Christopher Wallace – known by his stage names such as Biggie Smalls and The Notorious B.I.G. – was killed on March 9, 1997. However, nothing has been proved.

These two incidents led to the decline of Death Row Records. From October 1996 to August 2001, he spent time in prison on the charge of probation violation. Although he was sentenced to nine years, he was released early on August 6, 2001.

Upon his release from prison, he got caught in several other instances, which degraded his name and negatively impacted his and Death Row Records’ financial situation.

Things got worse when IRS revealed in 2002 that Knight owed them $6.5 million in tax. In April 2006, he filed for personal bankruptcy and declared that he had assets valued between $0 and $50,000.

Likewise, he also had a debt of over $100 million, resulting from the $107 million he was ordered to pay to Lydia Harris. Harris had claimed that she was cheated out of a 50% stake in Death Row Records.

Death Row Records eventually filed for bankruptcy in the same year. All of the label assets were sold at an auction at a value of $18 million.

Several more legal troubles came forward for Knight, who once had thought to bring his record label to its former glory. But, sadly, none of it happened.

Where is Suge Knight now?

The incident happened on January 29, 2015, when the record producer crashed his car into two men. The crash led to the death of his friend and the co-founder of Heavyweight Records, Terry Carter, and a filmmaker named Cre Sloan.

Sloan was only injured but had suffered head injuries and a mangled foot. After the incident happened, Knight reportedly flew away from the scene. As per some witnesses, Knight had an argument with Carter and Sloan on the sets of the movie Straight Outta Compton.

After that, Knight followed the two upto a burger stand parking lot. As per Sloan, he had told Knight, “Why don’t you leave so we can move forward? You got the white folks scared.”

Security camera footage video showed Knight running over both men with his car, which Knight claimed was done in self-defense. This case ran in court for several years until Knight pleaded to a no-contest on September 20, 2018.

The judge sent him to 28 years in prison when he pleaded that. The 22 years were for his action that led to the death of Carter, and the remaining six years were due to Knight’s third strike under California’s three-strikes law. He isn’t eligible for parole until October 2034.