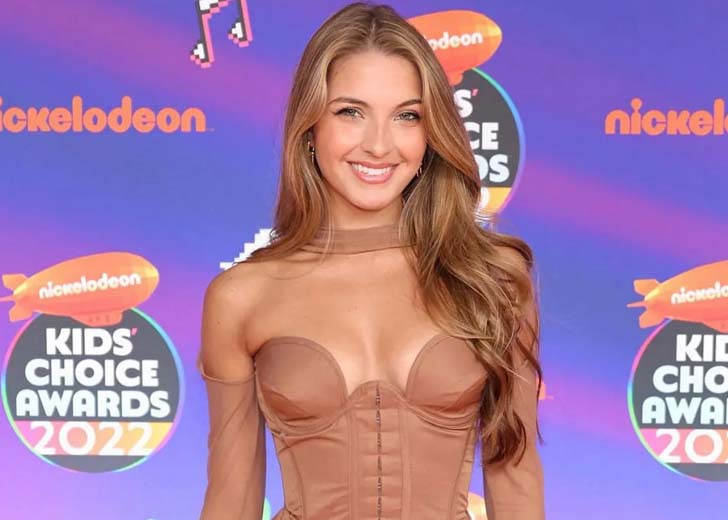 Lexi Rivera, aka Alexa Rivera or Lexi Brooke Rivera, is a renowned social media personality known for her content on YouTube and TikTok. She initially gained fame through her older brother, Brent Rivera, but later impressed the viewers with her own content.

As of now, she boasts a fan following of more than 8.4 million on her Instagram handle only. Additionally, she has over 21.7 million followers and 496.6 million likes on her TikTok handle and over 8.32 million subscribers and 1.68 billion views on her self-titled YouTube channel.

With such a presence on social media, it’s sure that people want to learn more about her. And one of the things that Rivera’s fans are eager to know more about is her personal life.

Is Lexi Rivera dating a boyfriend in 2022?

As of 2022, there haven’t been any reports of Rivera dating a boyfriend. However, there are rumors that the internet personality is in a romantic relationship with her longtime friend and fellow content creator, Andrew Davila.

The speculations of their togetherness were first initiated in December 2020 after Rivera uploaded a video on YouTube with the title ‘MY EX MEETS MY NEW BOYFRIEND’ in which Davila was featured as her new boyfriend.

That video was a prank directed toward Rivera’s ex-boyfriend Ben Azelart, and she decided to make that prank after Azelart mentioned during a lie detector test that he had kissed another girl after his split with Rivera — there were no hard feelings from her side.

As for Rivera and Davila, the YouTuber clarified early in her video that it was only a prank, and she and Davila were “really good friends.” But, that clarification wasn’t good enough for the viewers, and they started the speculation.

Many even had left comments on the said prank video. One wrote, “Realize how every video she pranks Ben like something flirty or whatever, she always uses Andrew lol.”

“‘Lexi and Andrew are just friends, but you never know how love will end’ oh man, they’re in love,” another YouTube user commented.

The rumors of their relationship are still ongoing. It gets fueled even more after the rumored couple features each other on their respective social media handles or makes videos for their TikTok handle and YouTube channel.

For instance, when Rivera recently featured her rumored boyfriend on May 8, 2022, fans took to the comment section to reignite the speculations. Her Instagram post was of three pictures, and the first one was with Davila.

In the picture with Davila, they were wearing professional tennis clothes and sitting down on the tennis court. Rivera was holding a tennis racket, whereas Davila’s hands were wrapped around Rivera’s waist.

“My heart just skipped a beat after seeing the first photo,” one said. Another chimed in, writing: “There’s no way yall aren’t a couple.”

Despite all of the speculations, neither has confirmed that they are together. Similarly, they haven’t denied the assumptions and have only said they are good friends.

Shippers of the rumored couple would have to wait for some more time to see if the two are indeed a thing. Until that happens, it’s only fair to say that Rivera’s present relationship status is single.

As per The Sun, Rivera and her former boyfriend Azelart started dating when the former was 15-years-old — around 2017.

The now-former couple regularly featured each other on their social media handles and made different types of content. Everything seemed fine between the two, and their fans hoped they would always stay together.

However, that wasn’t meant to happen, as they announced their breakup with a YouTube video on November 22, 2020. The video started with Rivera saying that they owed their well-wishers the truth.

After that, Rivera mentioned why it took them so much time to announce their split. She said, “I know that it’s been super confusing for you guys, and that is because it’s been just as confusing for us. We’ve been very just on and off again, and I don’t think we were really sure what we wanted to do until now.”

The YouTube star also added that their relationship didn’t make them happy anymore. Azelart said, “We both had so much fun doing it, but I think as years went on, it just became a little too complicated…I think what was hard is we wanted to make you guys happy as well as make ourselves happy.”

“Ultimately, we just didn’t do both, and I think what’s most important was focusing on ourselves for now,” she concluded. In the end, they mentioned that the split is not forever, but it was the wrong time to be together.

Azelart also said that they needed some time to be “independent.” However, despite their breakup, they have remained good friends and even made a video together in February 2021.