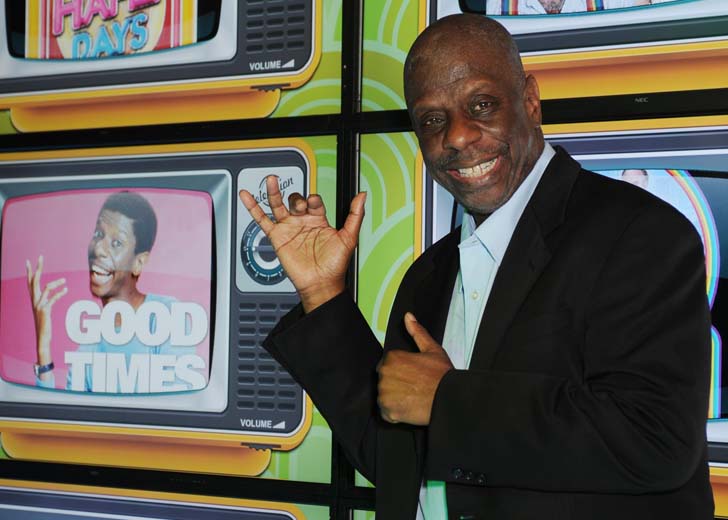 He is renowned for his portrayal of James Evans Jr. on the CBS television series Good Times (1974-1979), for which he was also nominated for Golden Globe awards Best Supporting Actor In A Television Series in 1975 and 1976.

In the latter years, Walker has been doing several comedy gigs and reality TV shows, keeping his audience entertained.

Despite all that, the one thing the actor has never opened up about his life is his love life. He has shown little interest in getting married or being in a relationship over the years.

But hasn’t he been married to a wife to date at all? And if not, who is he dating at present?

Presently, there is no news on his dating status or his possible girlfriend – making him allegedly single.

The actor seems very much focused on his career as a comedian and character actor. He devotes his 5-6 months every year to a single standup tour, leaving him with very little time to look into his personal life.

Walker also has very strategic views on marriages and relationships, which he expressed during an interview with Closer Weekly in August 2018.

He explained marriage was nothing but a sham that would eventually lead people to be angry, hostile, and prone to destruction and losing what he has worked for.

He said, “I just don’t believe it works. The majority of my friends are divorced, hostile, and angry. They lost the house they worked their [expletive] to get. I don’t see the fun of it.”

That being said, Walker has admitted having numerous relationships and girlfriends over the years during his appearance in The Wendy Williams Show in June 2012.

He Was Rumored of Being Married to Jere Fields

Speaking of his past relationship, he was popularly linked with American actress Jere Fields and was also rumored to be married to her.

But there is no evidence or any official words neither from Walker nor Fields confirming they were married.

The rumors started after they appeared as a couple on the Tattletales show in 1982. Tattletales was a CBS game show where celebrities appeared together with their spouses to answer various questions and win money for the audience.

Therefore, when Walker and Fields appeared on the show together, it gave birth to confusion among many people, and people felt that the two were married to each other.

But the actor cleared all the rumors of his marriage with Fields for once and for all when he appeared on The Wendy Williams Show on June 27, 2012. He confirmed he had never been married and never fathered any children.

His Dating Rumors with Ann Coulter

Amongst his many dating rumors, his dating rumors with far-right political commentator, Ann Coulter, made headlines. The gossips started to spread around 2013 after their close bond.

But the speculations were calmed down immediately by Coulter the same year during an interview with Huffington Post.

She said they were nothing more than great friends and jokingly said that Walker was behind the alleged relationship rumors.

She added, “Yeah, he is the one spreading that rumor. No, we are great friends, we do a lot of stuff together. We are dates. And yeah we’re probably at the TV Land Awards dinner which is so fun and he is so hilarious, so I see him a lot when I’m in L.A. But we are not technically dating.”

However, the rumors didn’t end there. The news of them dating again came back in 2017 when  Good Times producer Norman Lear sat down with Black-ish creator Kenya Barris and shared that Walker was dating Ann Coulter.

In addition, he revealed going on a double date with Walker and Coulter. The political commentator again came to the rescue, as she addressed the matter through Twitter, claiming there was no romance between them.

How Old Is Jimmie Walker?

The comedian grew up in The Bronx, New York, and later attended Theodore Roosevelt High School in New York City for his education.

What Is Jimmie Walker’s Net Worth?

According to Celebrity Net Worth, Walker has a net worth of $800 thousand. He continues to earn more bucks, as he is still actively doing standup shows across the country.

Posted on June 22, 2022June 22, 2022
Everything you need to know about Demi Lovato's dating history and present love life.
Read More