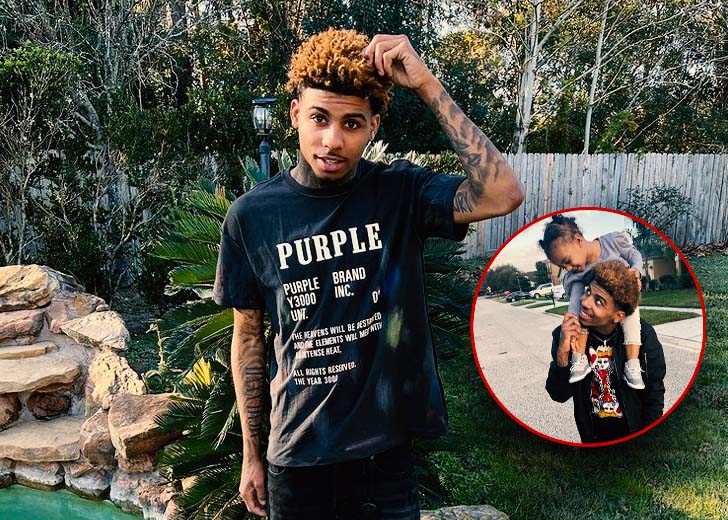 Damaury Mikula is a popular internet personality who came to fame through his lip-sync and comedy videos on TikTok. On his TikTok handle [@damaurymikula], he has amassed more than 4.4 million followers.

He also has a healthy number of subscribers on his YouTube channel titled Kid Maury, where he uploads vlogs, pranks, and other content. In his channel, he has over 849,000 subscribers and 76 million views.

His catching content has grabbed the attention of many people who have grown to be his fan. And they are eager to learn more about him, among which his personal life somewhat tops the list.

One of the top queries related to Mikula on the internet is “who is damaury mikula wife?” So, is the TikTok star married?

As of this writing, there have been no reports of Mikula being married. So, it’s safe to say that he is not married and doesn’t have a wife.

If not married, then does Mikula have a girlfriend? Well, his present relationship status is somewhat complicated, but not entirely too.

It’s so because he shares a baby daughter named Isabella Mikula with a fellow TikToker named Destiny (@ll_destinny on TikTok). Though they are the parents of a daughter, it doesn’t seem they are together anymore.

On the other hand, on Mikula’s YouTube channel, he has been uploading several new videos with his baby mama, in which they seem pretty close and could also be seen having some intimate moments such as kissing, hugging, and more.

However, he has always labeled those videos either “Prank” or “Challange.” For instance, his video of December 22, 2021, was titled “LETS GET TOGETHER PRANK ON DESTINY…(Gone Wrong).”

Recently, on January 6, 2022, he uploaded another video with Destiny and titled it as “BEING EXTREMELY BOLD TO MY BABYMOM *NEVER SEEN HER THIS FREAKY*.”

While there has been such content on his YouTube channel, Mikula’s social media handles remain dry. He hasn’t shared any pictures with Destiny on his two Instagram handles, which seems to be the only social media platform he uses.

So, what’s the real story between the two? Well, it’s reported that Mikula and Destiny were dating previously, and during that time, they welcomed a daughter — born on March 19, 2020.

However, due to unknown reasons, they broke up. Despite their split, they remain good friends and do their best to co-parent their child.

Mikula also addressed their present relationship during his YouTube video of December 14, 2021. In that mukbang video, he was answering several questions from his fans. One fan had asked, “What are you and Destiny? Are y’all talking and starting off slow again?”

In reply, he first addressed that the question might have arisen because he and Destiny kissed in a video before. Coming over to the question’s answer, he said

“Y’all seen that and everything but me and Destiny are actually still really good friends and everything. We’re still very good co-parents. Me and her manage a lot of stuff on camera and off camera so yeah pretty much is good friends.”

He also made a little joke on that kissing part and said, “That’s pretty much what that is, I’m not gonna lie. A little bit friends with benefits. All right.”

There have been rumors that Mikula is in a relationship with his best friend and fellow TikTok star, Benet Nicole. The speculations might have started as the two are close friends and occasionally share pictures alongside each other.

So, are their dating rumors true? Presently, none of them has confirmed or denied the topic.

Till now, they have regarded each other as best friends only, and only time will tell if they are actually dating or not. Until then, nothing can be said if the two are in a relationship or not.

Posted on August 2, 2022December 8, 2022
"I am beginning to think this is the reason why my parents told me not to show my face on the internet," said Brooke.
Read More