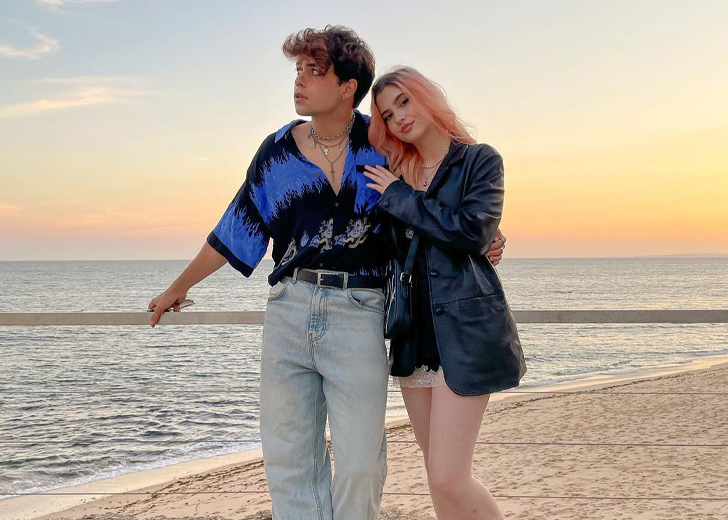 On Friday, November 19, 2021, the TikTok star confirmed that she is no longer friends with Krol, also a TikTok star.

Roberts’s confirmation comes through the comments section of one of her TikTok videos. One of her fans had asked her if she was still friends with Krol, to which she replied with a straight “No.”

The Instagram handle, TikTok Insiders, broke the news by sharing a screenshot of the comment section. After the post was shared, many followers of the two TikTok stars were shocked, as evident by the comments they made.

While some fans were left shocked, some refused to believe it and said that Roberts was only joking. For instance, one had written, “HUH??? WAIT WHAT.”

“why do I sense sarcasm from her…” another Instagram user commented.

One fan of Roberts and Krol’s friendship was clearly disappointed as they wrote, “im so upset i thought they were like a forever type of friendship.”

While the followers of the two fellow TikTokers are left confused, Roberts’ reply makes it pretty clear that she is no longer friends with Krol.

Roberts and Krol Were Even Rumored to Be Dating

Before all of this, there were rumors that Roberts was in a relationship with Krol. The speculations had started after people noticed how close they were to each other.

In addition, the two often flaunted pictures alongside each other and made several TikTok videos. To say, there were no hesitations that they were not a couple.

However, as neither of them confirmed that they were together, the talks of their relationship began to fade away. And, the gossips fully ended after both of them began dating separate persons – Krol started dating fellow TikToker Jorge Garay.

Coming over to Roberts’ dating life, she has had dated a few men in the past. Starting off, her first known relationship was with Noen Eubanks, social media personality.

They began dating each other in 2019. Some months after their relationship started, a worldwide lockdown took place due to the COVID-19 pandemic. As a result, they decided to stay in a long-distance relationship — while Roberts was in the UK, Eubanks was in the United States.

In mid-2020, rumors began that the couple had parted ways. But, they were silenced once Roberts confirmed that they were still together, via a Twitter post on June 15, 2020.

However, it seems like something was definitely going on between the duo as they announced their split in September of 2020. Following their breakup, Roberts mentioned in her Instagram live session that the split was due to distance and it was mutual.

Although Roberts mentioned such things at the start, she began to post some cryptic tweets later, accusing Eubanks of being unfaithful. Despite her claims, the former boyfriend didn’t respond to any of them.

After her split with Eubanks, it is currently speculated that she is in a relationship with the English singer Yungblud. Roberts has shared some TikTok videos and pictures alongside him in the past.

Additionally, the TikTok star even accompanied the singer as they walked down the 2020 MTV EMA red carpet. With all the clues laid down, it seems they are a thing, however, none of them have actually confirmed it.