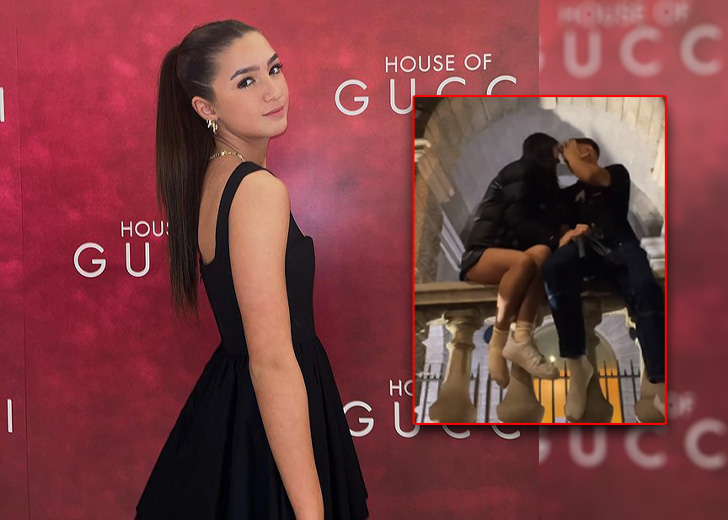 Issey Moloney is a social media personality who has risen to fame in just a couple of years through her POV videos on TikTok. On her isseypovs TikTok handle, she has over 5.6 million followers and 459.9 million likes.

In addition, she has a self-titled YouTube channel that has amassed over 63,700 subscribers and 627,000 views. Her popularity on those platforms has positively impacted her Instagram handle too, where she boasts more than 225,000 followers.

Is Issey Moloney Dating a Boyfriend?

Moloney is allegedly in a relationship with a man whose identity is yet to be disclosed.

On Sunday, November 21, 2021, she posted a TikTok video in which she was seen alongside a boy. In the video, they were sitting in concrete columns near a road whilst laughing and coming very close to each other’s faces.

The boy in the video had covered his face using his hand the whole time. “POV : it’s 4am and we are using my shoe as a phone stand,” Moloney had captioned the TikTok video.

Besides this occasion, she had not shared such a type of video and was only seen alongside her friends. Currently, Moloney is yet to confirm her dating status and if she is in a relationship with the boy in the video.

Before all of this, she was in a relationship with a fellow English TikTok star named Harry Spurling. However, the two eventually parted ways. The details of their relationship are scarce.

How Old Is Issey Moloney?

The TikTok star is 16 years of age, as of this writing. She celebrated her 16th birthday on this year’s March 7th.

Born in the year 2005, she was raised in the suburbs of England. As per her date of birth, her zodiac sign is Pisces.

Moloney was raised as one of three children by her parents. Currently, there are not many details available on her parents, other than that they are divorced.

The social media star has mentioned her parents’ divorce a couple of times in her TikTok videos. Most recently, on October 26, 2021, she had made a POV video where she depicted “The reality of having divorced parents.”

As mentioned earlier, she is one of three children of her parents. She has a brother named Oliver and a sister. The details of her sister are not disclosed, though she has appeared in some of Moloney’s TikTok videos.

How Tall Is Issey Moloney?

On the other hand, Moloney’s TikTok video of November 10, 2021, says otherwise. She had made a POV video, in which there was a text that reads, “When he says you’re his type but his ex is 5 feet and you are 5 feet 10 inches.”