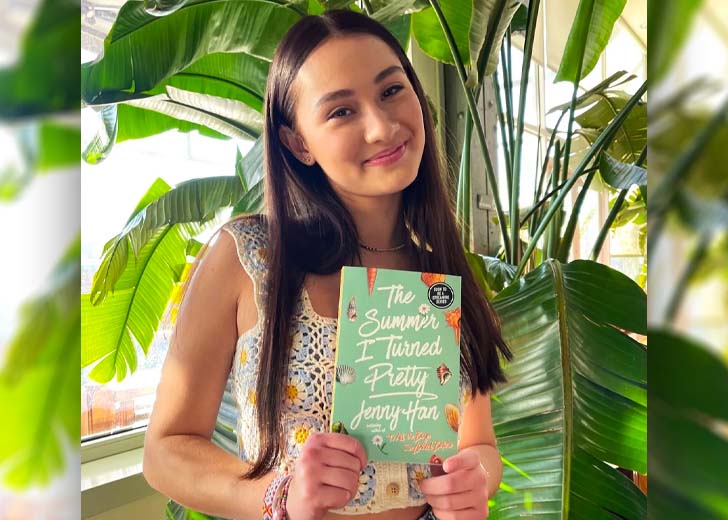 Lola Tung is an aspiring actress who recently made her acting debut with the Amazon Prime Video‘s The Summer I Turned Pretty — released on June 17, 2022. In the coming-of-age romantic drama, she portrays the lead role of Isabel Conklin, aka Belly.

The television show follows the lead character of Belly as she goes on a summer vacation and finds her first love. The show’s synopsis is, “A love triangle between one girl and two brothers. A story about first love, first heartbreak, and the magic of that one perfect summer.”

Joining Tung on the cast list are Jackie Chung, Rachel Blanchard, Christopher Briney, Gavin Casalegno, Sean Kaufman, Alfredo Narciso, and others. As of this writing, The Summer I Turned Pretty has already been renewed for a second season.

How old is Lola Tung?

Tung is presently 19 years of age, and she celebrates her birthday every year on October 28. Additionally, as per her date of birth, her zodiac sign is Scorpio.

Born in 2002, the young actress was primarily raised in the city of Los Angeles, California. Talking about her family, there is only a handful of information about them.

A picture of a baby Lola Tung being held by her mother, Pia Tung (Photo: Instagram)

Currently, it is only known that Tung’s mother’s name is Pia Tung (nee Marie). Pia goes by the username of @piamarie113 on Instagram, but as the account is on private mode, no information could be gathered from it.

The details of Lola’s father, such as his name and profession, remain in the darkness for now. The actress has kept her family life private, and due to the same reason, it’s yet to be known if she is the only child of her parents or has any siblings.

As Tung was born and raised within the boundaries of the United States of America, the actress holds an American nationality. Coming over to her ethnicity, it seems like she has some Asian heritage from either of her parents’ sides.

An old picture of baby Tung with her mother hinted that the actress’s mother might be a Filipino. Some media outlets have also mentioned that she was raised in an Asian-American family. So, it could be said that she has mixed ethnicity.

The newbie actress was into acting from an early age. She first discovered her love for acting when she portrayed the role of Tin Man in her school production of The Wizard of Oz.

As she grew up, the passion continued. She enrolled at the highly-known Fiorello H. LaGuardia High School of Music & Art and Performing Arts in New York City for high school. Years later, she completed her graduation.

At the time, Tung mainly focused on her studies and even told her manager, “All right, this sounds really great. But you know, I’m very focused on school right now.” However, she decided to do auditions and the chemistry read process over Zoom.

The process went on for a while, and afterward, she was finally selected for the role, and for her, it was “unbelievable and so exciting.” After getting cast in the show, she immediately phoned her mother and started crying out of happiness.

Tung completed her first year as they filmed the show from July to October 2021. But, she took the following year off for filming — probably for season 2. As for if she will return to school in the fall of 2022, the actress currently doesn’t have an answer for that.

So, that has created some confusion about her exact height. Nonetheless, it’s safe to say that she has an average height. As for her weight, she reportedly weighs around 50-55 kg. Furthermore, her body measurements are reported to be 36-26-40 inches.

Is Lola Tung dating a boyfriend?

As mentioned earlier, Tung is a private person and prefers to keep privacy about many things in her life, including her romantic life.

Due to that reason, it couldn’t be said whether the actress is dating a boyfriend or not. There have been no reports or hints of her being in a romantic relationship — either now or in the past.

And until anything comes out, it could only be said that her relationship status is single. It might be possible that Tung might be focusing more on her acting career rather than a dating life.