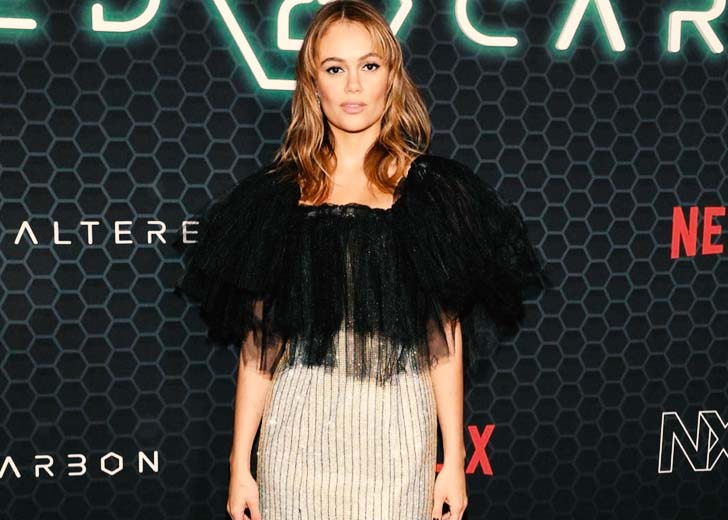 Dina Shihabi is a Saudi Arabian actress who has been garnering fame for her works in Hollywood. She first tasted the limelight in 2018 when she portrayed the role of Hanin in the Amazon Prime TV show Tom Clancy’s Jack Ryan.

She then went on to make headlines for her performances in three Netflix hit shows; Neda Kazemi in Daredevil, Dig 301 in Altered Carbon, and Melody Pendras in Archive 81. She is presently working on another Netflix project, Painkiller, in which she plays Britt Hufford.

While all of her professional life works and success are vivid to the general public, the actress has maintained quite a privacy when it comes to her personal life.

Is Dina Shihabi dating a boyfriend?

Shihabi — the first Middle East-born woman to be admitted at the Juilliard and NYU Graduate Acting programs — prefers to keep her personal life matters out of the sight of the public and media.

Paparazzi are yet to catch or photograph the actress hanging out with some handsome hunk outdoors. Additionally, she has maintained privacy on her social media handle – Instagram and Twitter.

On those platforms, she has only posted work-related pictures plus some snaps of her day-to-day life and hangouts with close friends. She is yet to share photos with someone who could possibly be regarded as her boyfriend.

Considering all that, it could be assumed that Shihabi might be single and relishing her singlehood days until she finds the right one.

Shihabi’s dating history is very much like her present relationship status, and nothing is known about it. And without any proof, it couldn’t be said that she was previously dating someone and has an ex-boyfriend.

Born in 1989 in Riyadh, Saudi Arabia, Shihabi is presently 32 years of age. She celebrates her birthday every year on September 22. Her zodiac sign is Virgo.

The actress – who is 5 feet 7 inches tall (1.7 meters) – comes from a family of multi-ethnic backgrounds. Her father, named Ali Shihabi, is half-Saudi and half-Norwegian, whereas her mother, named Nadia, is half-German and Haitian and half-Palestinian – raised in France.

Due to her parents being of Arab and European origin, she considers herself Arab European. To conclude, she is of Norwegian, Palestinian, Saudi Arabian, German, and Haitian descent.

Apart from her parents, she has an older brother named Omar Ali Shihabi. But, besides that, little to no information is available on him.

Coming over to her childhood, she was raised in her birthplace of Riyadh until the age of seven. After that, her family moved to Dubai. While she was there, she attended three schools; Al Mawakeb School, Emirates International School, and Dubai American Academy.

Additionally, she used to take dance classes and was interested in them. Later on, she also spent some time in Beirut. Finally, at the age of 18, she moved to the United States to pursue her interest in acting.

Three years after settling on U.S. soil, she was accepted at the Juilliard as well as the graduate Acting Program at NYU Tisch School for the Arts — making her the first Middle East-born woman to do so.

A Look Into Freddie Stroma and Wife Johanna Braddy's Marriage