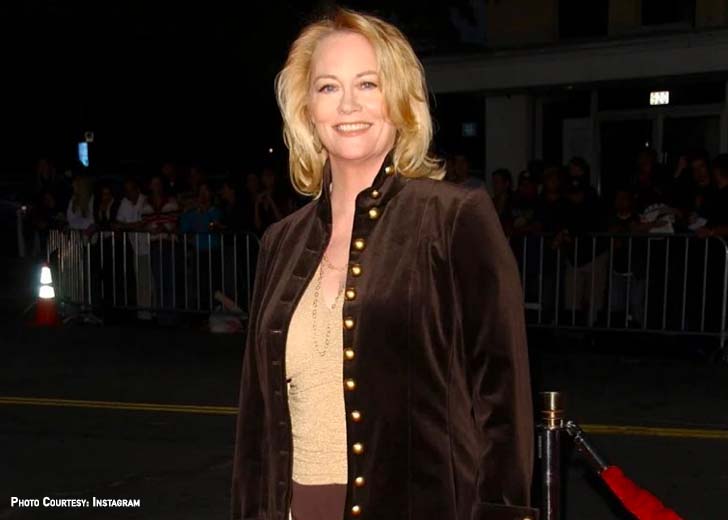 Cybill Shepherd is an actress, singer, author, and former model from the United States. Her breakthrough role was as Jacy Farrow in Peter Bogdanovich’s coming-of-age drama The Last Picture Show in 1971, in which she co-starred with Jeff Bridges and Timothy Bottoms.

She played Kelly in Elaine May’s The Heartbreak Kid in 1972, Betsy in Martin Scorsese’s Taxi Driver in 1976, and Nancy in Woody Allen’s Alice in 1990.

Shepherd has recently not been involved in the entertainment industry much and has only done a few movies in the past five years.

However, her legacy is being maintained by her children. She has three kids — the eldest from her first husband and the remaining two from her second husband.

Here is everything we know about Shepherd, her partners, and her kids.

Does Cybill Shepherd have a husband?

Shepherd had two husbands in the past but has had a slew of partners. She revealed in her autobiography that she called her mother in 1978, crying and dissatisfied with the direction of her life and career.

Her mother asked her to come home, and Shepherd returned to Memphis. There, she met and fell in love with David M. Ford, a local auto parts dealer, and nightclub entertainer.

She became pregnant that year, and the couple married. Clementine Ford, their daughter, was born in 1979.

Unfortunately, in 1982, the marriage ended in divorce. Five years later, the actress married chiropractor Bruce Oppenheim in 1987 after becoming pregnant by him.

During the fourth season of Moonlighting, they had twins Cyrus Zachariah and Molly Ariel Shepherd-Oppenheim. Once again, Shepherd’s marriage ended in divorce in 1990.

Cybill Shepherd and her kids

Shepherd is a dotting mother, and there isn’t a moment when she isn’t thinking about her children.

In fact, the Cybill star revealed that when she had a near-death experience while battling cancer in the early 2000s, all she could think about was her children.

During a 2015 appearance on Today, she recalled the terrifying situation. She admitted that she felt as if she would die but could not do so for the sake of her three kids.

She said, “I felt my soul went up to a star. And then I said, ‘You can’t go there; you have three children. Get back down there. You’ve got to stay alive.'”

According to People, Shepherd received emergency treatment for her skin cancer and is doing better than ever as of 2022. She is still focused on her children, and all they are doing is making their mother proud of them.

Here is everything we know about Shepherd’s kids.

On June 29, 1979, Shepherd’s eldest child, Clementine Shepherd-Ford, was born. Clementine, like her mother, is an accomplished actress, having appeared in Girltrash: All Night Long, Last Goodbye, and Cherry Falls.

According to IMDb, Clemintine has also appeared in The Young and the Restless, The L Word, House, and American Pie, as well as her mother’s show Cybill.

In terms of her personal life, Clementine was married to Chad Todhunter from 2000 to 2004. Following their divorce, she married her second and current husband, Cyrus Wilcox.

According to IMDb, the couple has two children, Elijah and Welles.

Molly Ariel Shepherd-Oppenheim, best known as Ariel, is one of Cybill’s twins born on October 6, 1987. Unlike her sister and mother, Ariel works behind the camera.

She has written three episodes of Vampirina, eight episodes of Solar Opposites, and one episode of Clifford the Big Red Dog, among other things.

Ariel and her partner, Eliza Ladensohn, married in a romantic ceremony in Palm Desert, California, in 2019. According to the Daily Mail, the couple tied the knot at the luxurious Stone Eagle Golf Club.

They exchanged vows in front of their friends and family, including Shepherd, who was there to support her daughter.

Cyrus Zachariah Shepherd-Oppenheim is the only son of Shepherd. He is Ariel’s twin brother, born on October 6, 1987.

Cyrus has led the most low-key life of the three Cybill’s children, staying out of the spotlight as much as possible. However, he has appeared on a few red carpets over the years.

According to CBS News, he made headlines in 2010 after being arrested on theft charges. According to NBC, the incident occurred while Cyrus returned to Philadelphia, where he studied pre-law at the University of Pennsylvania.

His defense attorney, Bill Brennan, stated that the charges were “serious but minor,” Cyrus was sentenced to attend AA meetings and pay $55 in restitution.

“Basically, the case is kept in limbo for a year,” the attorney explained at the time. He assured that at the end of the year, all charges would be dropped, and his arrest record would be deleted.