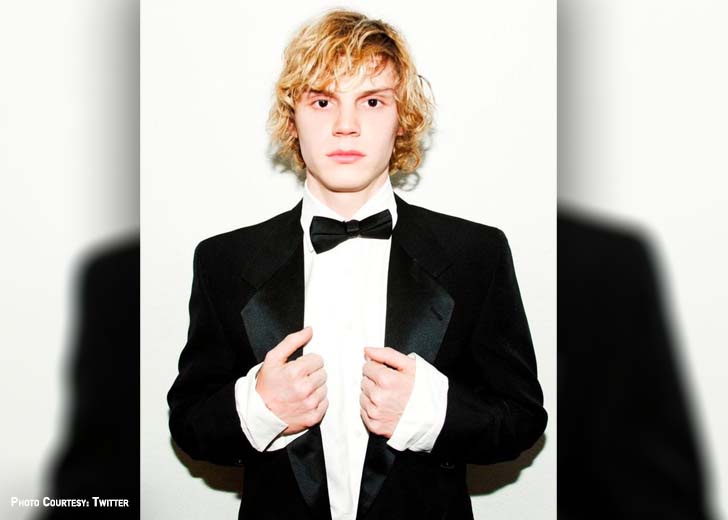 All about Evan Peters’ dating history!

The series soon became a hit and secured the position of #1 on the platform. Along with the series, Peters became a household name, with people being curious about his personal life, including his current girlfriend and who he is dating.

The actor is very private and rarely shares his personal life on social media or in interviews —  making people even more curious about his love life. Here is everything we know about Peters, his girlfriend, and his dating history.

evan peters behind the scenes of ‘dahmer’ 📸 pic.twitter.com/avyxz3zrqp

Does Evan Peters have a girlfriend?

As said before, the Mare of Easttown star is a private person. So it is unknown if he has a girlfriend at the moment or if he is dating anyone.

He also does not have a social media presence, making it harder for his fans and followers to know about his love life. He has done a fantastic job of keeping their relationship private if he is dating someone.

It’s also possible that he’s still looking for the right person. Regardless, Peters has an idea of what he wants in his girlfriend.

In a 2015 interview with Cosmopolitan, Evans said of his ideal girlfriend, “If I say the wrong thing or do something stupid or fumble or spill [expletive] on my shirt, she’s OK with it….”

He added that many girls out there did not want to do that. He continued, “But there are a lot of girls out there who do, and those are the ones—the only ones—I can really go for. I need a couple more chances than just the first one.”

Peters started dating Scream actress Emma Roberts in 2012. They met on the set of Adult World, but they didn’t start dating until after the film was finished.

Roberts once told in an interview how Everyone thought she and Peters dated in the movie. But they didn’t — not for a long time after.

She admitted that she would flirt with him on the set by doing things like making it appear as if she had something in her eye. However, Peters did not say anything to her the entire movie.

Roberts thought her co-star was weird, but Peters also had a crush on her. In a 2014 interview with Vulture, he admitted having a crush on Roberts while filming Adult World.

He confessed that he did not know how to approach, talk to, or do anything like that. He was introverted and did not know what to do.

He said, “But, yeah, I tried to talk to her a few times and, I don’t know, I kept saying the wrong thing. I was really kind of awkward and stupid and like, ‘Oh God, this is just not working out well. I’m just going to shut up and not talk.”

But after the movie, they started hanging out, and Peters relaxed. Roberts also got the hang of Peters’s sense of humor, and the pair started dating.

Soon, Peters and Roberts became one of Hollywood’s most prominent young couples.

The couple’s long-term relationship was rocky—they broke up and patched up several times, and rumors of fights were common. In the summer of 2013, Roberts was arrested after an altercation with Peters.

However, the charges were dropped, and the couple reunited just a few days later. They issued a joint statement about the fight, saying, “It was an unfortunate incident and misunderstanding. Ms. Roberts was released after questioning and the couple are working together to move past it.”

The X-Men: Apocalypse actor was rumored to be dating pop superstar Halsey in September 2019. A month later, the couple made their relationship official by walking the Halloween-themed red carpet together for the American Horror Story 100th Episode Celebration, dressed as Sonny and Cher.

Four months later, Peters and Halsey appeared to be still going strong—on Valentine’s Day 2020, Halsey posted several now-deleted photos of the couple together in a Swiss hot tub to her Instagram account.

But the couple split up just a month later, and Halsey deleted all traces of the actor from her social media accounts. Neither Peters nor Halsey have spoken out about their split.

Peters was linked to a couple of young Hollywood starlets before his public relationships with Halsey and Roberts, though none of those relationships were ever confirmed. For example, he was rumored to be dating actress Alexandra Breckenridge in 2007.

This was before their appearance in American Horror Story: Murder House in 2011. Peters was also linked to British model and actress Pixie Geldof in 2010 after they were seen kissing and holding hands at Coachella.