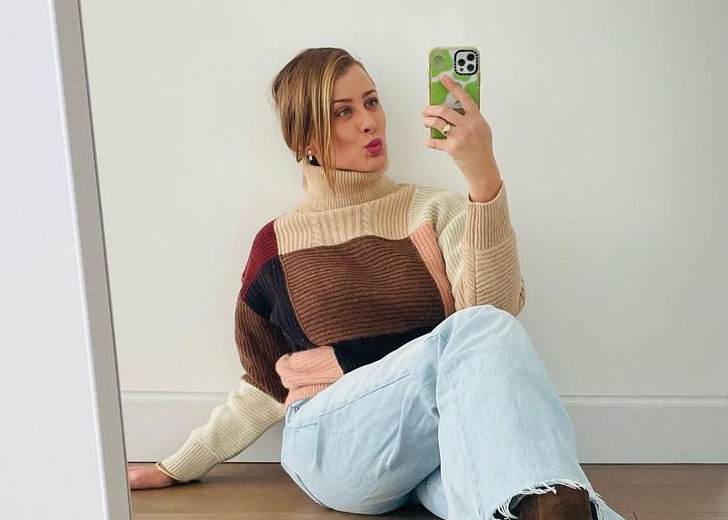 Everything to know about ‘The Hills’ star Lo Bosworth’s personal life!

Lo Bosworth, whose real name is Lauren Ogilvie Bosworth, is a renowned reality television personality who came into the limelight for being one of the cast members of MTV’s Laguna Beach: The Real Orange County.

In addition, she appeared on the show’s spinoff show titled The Hills and is the founder and CEO of Love Wellness — a body care company for women. Speaking more of the MTV shows, it documented the lives of its cast members like any other reality TV show.

Bosworth’s last appearance on the show came on July 13, 2010, when the show concluded its sixth and final season. Since then, she hasn’t been an active part of the entertainment industry and didn’t even appear on the Laguna Beach reunion show.

How is she doing now? Fans have been eager to know more about her love life, especially after The Hills actively showed Bosworth’s personal life. Here is everything you need to know!

One of the main things Bosworth’s fans want to know is if there has been any change in her personal life ever since she left the MTV show over a decade ago.

In the show The Hills, viewers saw that Bosworth was in a romantic relationship with her boyfriend, Scott Hochstadt. Besides, they had even moved in together. So, are the couple still together? Is Lo Bosworth married to Scott?

Sadly, the answer is no. Five months after The Hills concluded is television run, in December 2010, the duo called it quits. People confirmed the news with Bosworth’s rep, who said, “Lo and Scott are no longer together but remain good friends.”

Additionally, one source added, “They realized they [were] in different places in their lives. The timing was just off. The breakup is hard for both of them, but it’s the most realistic thing at this point.”

Sometime before their split was confirmed, there was news of their engagement, and Hochstadt was even looking for an engagement ring. But that didn’t happen, and the couple of two years parted ways for good.

Fast forward to the present time in 2022, has Bosworth found a husband and shared the wedding vows with him? Unfortunately, that doesn’t seem to be the case as the reality TV star is yet to get married.

Thus, she also doesn’t have a husband. Furthermore, it has been reported that her present relationship status is single, and she doesn’t have a boyfriend.

After her breakup with now-former boyfriend Hochstadt, Bosworth was in a couple of relationships.

The first one was with a businessman named Jeremy Globerson. As per reports, they started dating in 2014. Besides that, not much is known about that relationship except that parted ways after a brief time.

Following that broken relationship, Bosworth’s relationship status remained unknown for some time. Then, in May 2019, news broke out that she was dating Jimmy DeCicco, a former Shark Tank contestant and co-creator of Kitu Super Coffee.

At that time, Page Six reported that they were already dating for around four months. A source had caught them at a High-Performance Lifestyle Training Retreat at the Ainsworth. They said, “I guess they are pretty serious, but it’s still newish.”

Later, US Weekly reported that their togetherness was made social media official for a while. The two had shared several pictures alongside each other via their respective Instagram handles.

For instance, in April 2019, DeCicco had posted a picture with Bosworth while they were at a stadium watching the baseball match of the New York Yankees. “I’m a big fan of yours… (@yankees),” he had jokingly captioned the post.

The outlet further reported that they had gone on a vacation together to St Barth and shared some snaps from their time there in May 2019. He captioned those pictures by writing, “This is our ‘we wish we were still on vacation’ face.”

As of this writing, the happy-looking couple is no longer together. In addition, all of their social media posts featuring each other are now deleted. The reason for their breakup is yet to be disclosed. Furthermore, no further news about her love life has emerged since then.