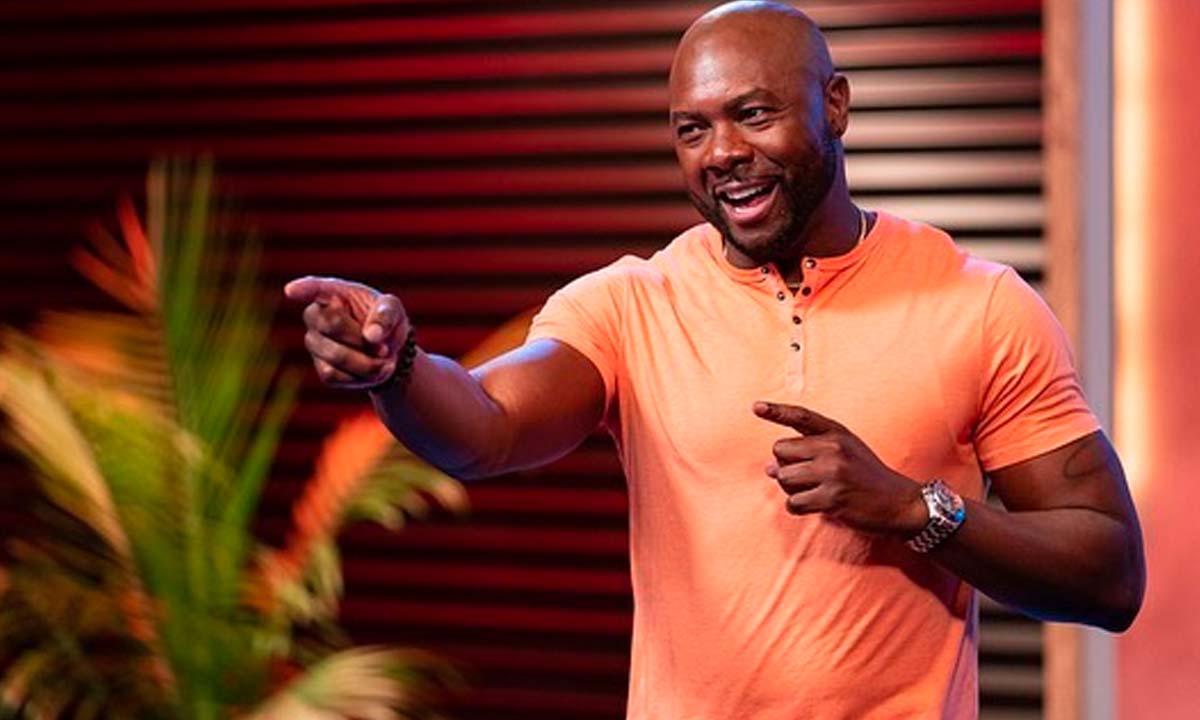 Eddie Jackson is an American chef who has made a name for himself in the culinary world. He is a talented and skilled chef known for his unique and creative dishes.

His professional life and accomplishments in the kitchen speak for themselves. But the great chef’s efforts to make the Food Network the most sought-after food competition channel are not the only thing that has viewers’ attention.

Does Eddie Jackson have a girlfriend or wife?

The Food Network celebrity has maintained a relatively modest personal life despite spending many years in the spotlight, first for his football successes and subsequent achievements in the culinary world.

Jackson hasn’t said much about his personal life in recent years. He has not disclosed if he has a wife or girlfriend to the media. Even a cursory glance through his social media reveals no indication of a future wife or partner.

Nonetheless, after being named the winner of Food Network Star in 2015, Jackson spoke candidly to TV Line about his support from his girlfriend at the time for the first and only time.

The chef claimed that shortly after relocating to Houston, he saw the casting call while watching television. When he said, “I think I can do it,” to his girlfriend, she replied, “Then do it!” and he went for the audition.

Jackson and his girlfriend at the time were in a committed relationship and didn’t let his work in the media affect them. Despite the attention he received on the show, he claimed that his girlfriend was very “laid back” about the spotlight.

It’s unknown if the Food Network Star winner and his unidentified love got married or split up since then.

In 2004, the chef was signed by the Carolina Panthers as an undrafted free agent. He played for numerous professional teams during the next few years, including the Miami Dolphins, New England Patriots, and Washington Redskins.

Jackson started as a personal trainer after retiring from football and ran the Caribbean Grill food truck in Houston. His lifelong interest had been cooking.

He then competed in Season 11 of the Food Network television program Food Network Star in 2015, taking first place after defeating 11 other competitors.

He also infrequently served as a judge on Clash of the Grandmas, Chopped, and Halloween Wars. He currently hosts Outchef’d on the Food Network and co-hosts the Christmas Cookie Challenge on the same network with Ree Drummond.

Advertisement
Related Topics:Eddie Jackson
Up Next

Girlfriend or Wife: What Is Harry Melling’s Relationship Status?

How Margot Robbie Confronted Claims That She Is Pregnant

Everything you need to know about Margot Robbie’s pregnancy rumors. 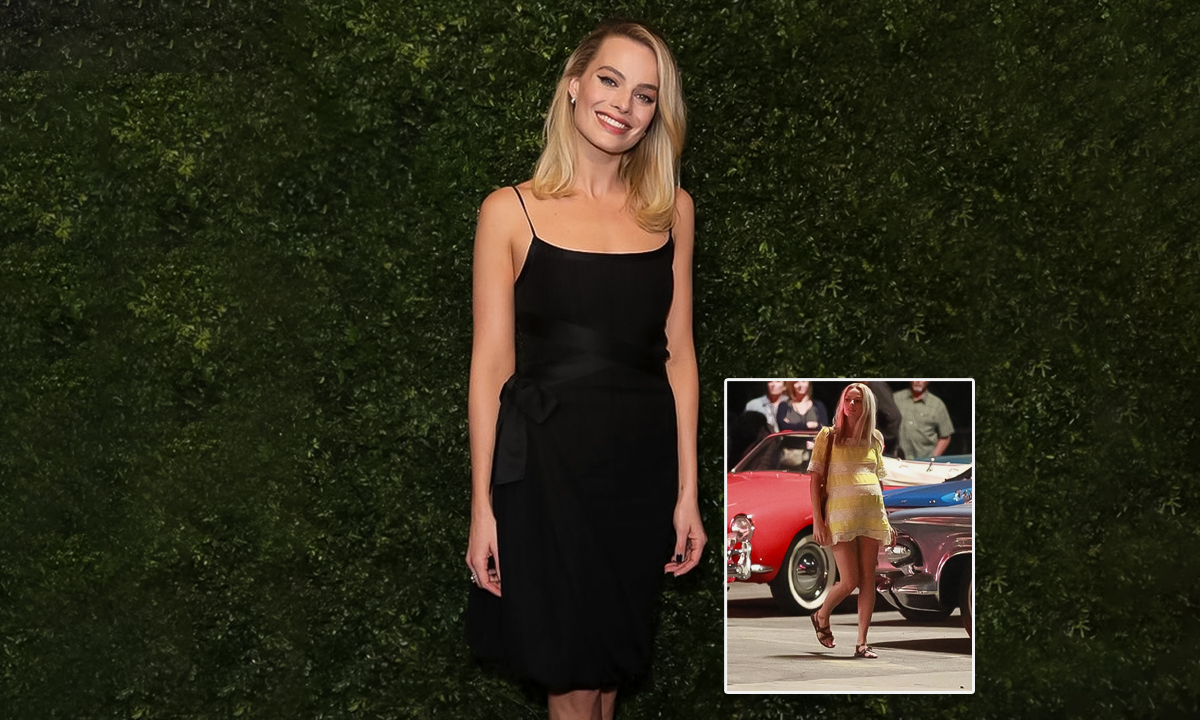 Australian actress and producer Margot Robbie is best known for her role as Naomi Lapaglia in the epic biographical black comedy crime film The Wolf of Wall Street.

Robbie began her career in 2008 as a regular on the television show Neighbours, where she remained until 2011. Later, she led the television series Pan Am from 2011 to 2012.

The actress made her breakthrough in 2013 with the black comedy film The Wolf of Wall Street. She received international recognition after she debuted as Jane Porter in The Legend of Tarzan and as Harley Quinn in the DC superhero films Suicide Squad.

Since Robbie has been in the spotlight for decades, many of her fans have kept an eye on her. Many of the actress’ followers speculated that she was expecting a child at the end of 2017 after she was spotted out in public with an oversized coat covering her entire body.

Robbie’s pregnancy rumors began after she and her husband, Tom Ackerley, were spotted visiting several baby boutiques in London’s Notting Hill. The couple was out shopping for baby clothes when they were caught admiring a white onesie as they held it up and inspected it before stopping to share a kiss inside the store.

Later, NW magazine also reported that the actress appeared to be three months pregnant while attending the Hollywood Film Awards in Los Angeles in a flowing gown.

After years of rumors about her pregnancy, Robbie decided to end it in 2019. In an interview with Radio Times, the actress said she had been asked when she plans to have a baby since marrying Ackerley in 2016.

She stated, “I got married, and the first question in almost every interview is, ‘Babies? When are you having one? I’m so angry that there’s this social contract. You’re married, now have a baby. Don’t presume. I’ll do what I’m going to do.”

Margot Robbie is currently more concerned with her career than with starting a family. (Source: Instagram)

Similarly, in an interview with Porter magazine, Robbie stated that she does not intend to have a baby anytime soon, especially since she recently adopted a second dog.

For the time being, the Wolf of Wall Street star and Ackerley are focused on their careers. The duo has also launched its own production company, LuckyChap Entertainment. During a press conference in Hollywood, she said working with her husband was a pleasure.

The actress said, “It’s not just Tom and myself but two f our best friends. When we started the production company a lot of people said it was probably going to end in disaster, but it’s been quite the opposite for us.”

Robbie and her now-husband Ackerley met on the set of the World War II drama Suite Française in 2013, where he was an assistant director, and she was an actress. They started dating the following year and married in 2016.

Aside from the occasional interview mention, the couple rarely discusses their relationship publicly. They also rarely post themselves together on their social media accounts. Therefore, Robbie and Ackerley prefer a private life.

Who Is Kevin Alejandro Married To? Meet His Wife and Children

The ‘Lucifer’ star, Kevin Alejandro, is married to the photographer, Leslie Alejandro. 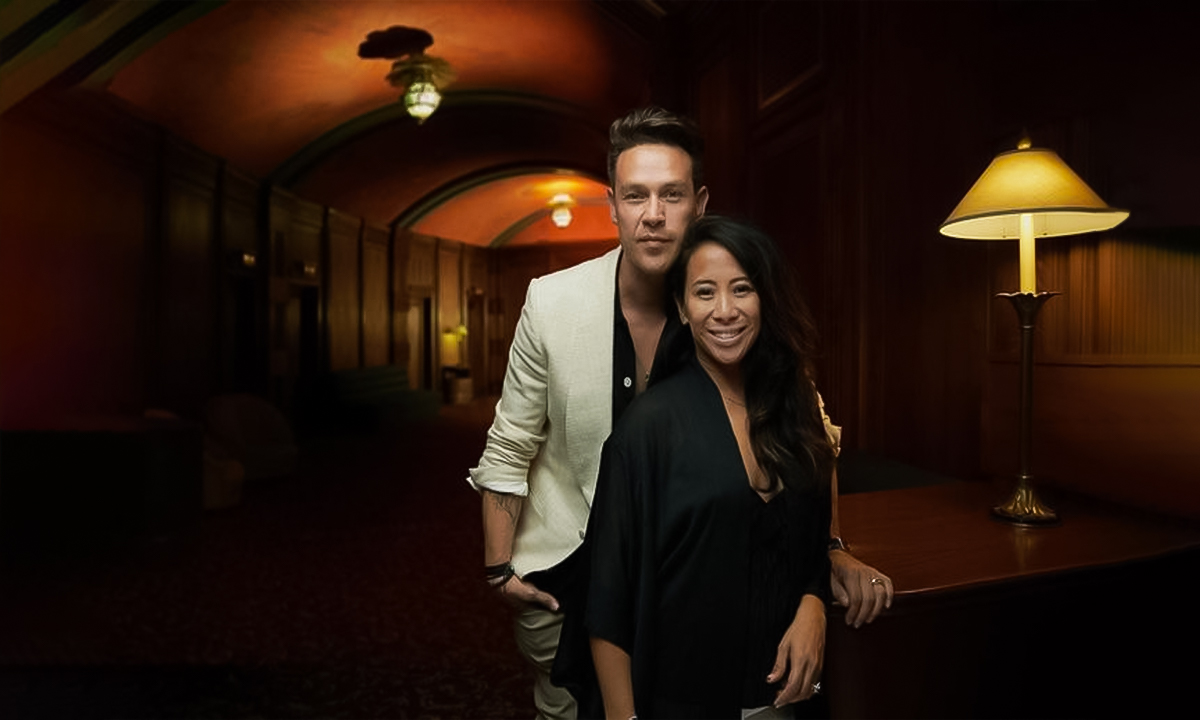 Kevin Alejandro is an American actor and director. He is well known for his performances as Daniel Espinoza in the comedy-crime drama Lucifer and as Nate Moretta in the crime drama Southland.

He is well-known for his roles in Parenthood and True Blood. Alejandro was born to Mexican-American parents Tomas and Dora Hernandez in San Antonio, Texas.

He was raised in Snyder, a small town in west Texas, after moving there when he was eight years old. Kimberly McGraw and Tanya Hernandez are his two sisters.

Who Is Kevin Alejandro’s wife?

Kevin is currently married to his wife, Leslie Alejandro. The couple started dating on November 13, 2002, and finally married on May 28, 2004.

Leslie is a skilled photographer, director, producer, and filmmaker who has worked primarily in the entertainment industry for most of her life. She started working as a professional musician when she was 15 years old.

She then turned her focus to publication and worked as a partner and executive director at a digital magazine that covered celebrities and fashion for seven years after that.

Leslie recently celebrated her 20th Anniversary with her husband posting a cute picture of them together.

She wrote, “20 years together. 20 years of sharing a life I never dreamed I could ever have. Thank you for asking me to be your girlfriend 20 years ago. The best decision I ever made started with this first “YES.” Happy 20th Anniversary, love of my life. Here’s to forever more.”

Leslie Alejandro is a photographer

Before realizing how much she adored photography and decided to make it her career, Leslie spent a long time working on several sets.

She has been featured in numerous publications, including Vanity Fair, Variety, GQ, Men’s Health, Teen Vogue, Women’s Health, The Wrap, and Nylon Magazine.

Leslie Alejandro is a Humanitarian

She has been involved with the Human Rights Campaign for more than ten years. She campaigns for the inclusion and visibility of women and people of color in the film business “above and below the line.”

By combining the stories and experiences of diverse cultural groups, she believes that kindness and empathy can be spread around the world.

Along with her hectic work, she uses her social media accounts to communicate with her followers about personal events. Her posts, reels, and relationships with her partner, family, and friends are all shown through the lens of her photography.

Kevin, who plays Danny Reyes on the CBS television show Shark, and his musician wife Leslie welcomed a boy on February 22 in Los Angeles, according to his representative, who spoke to People in 2008.

Kaden Michael Alejandro, the couple’s only child, was born in 2008. On Instagram, Kevin posted a photo of Kaden during his birthday celebration back in 2020.

Leslie shared an adorable picture of her with her husband and son on Christmas with the caption “Merry Christmas, You Filthy Animals,” along with the hashtag ‘losAlejandros.’

Does Cecilia Vega Share Children with Her Husband Ricardo Jimenez? Her Married Life

Cecilia Vega and her husband Ricardo Jimenez completed 14 years of marriage together. 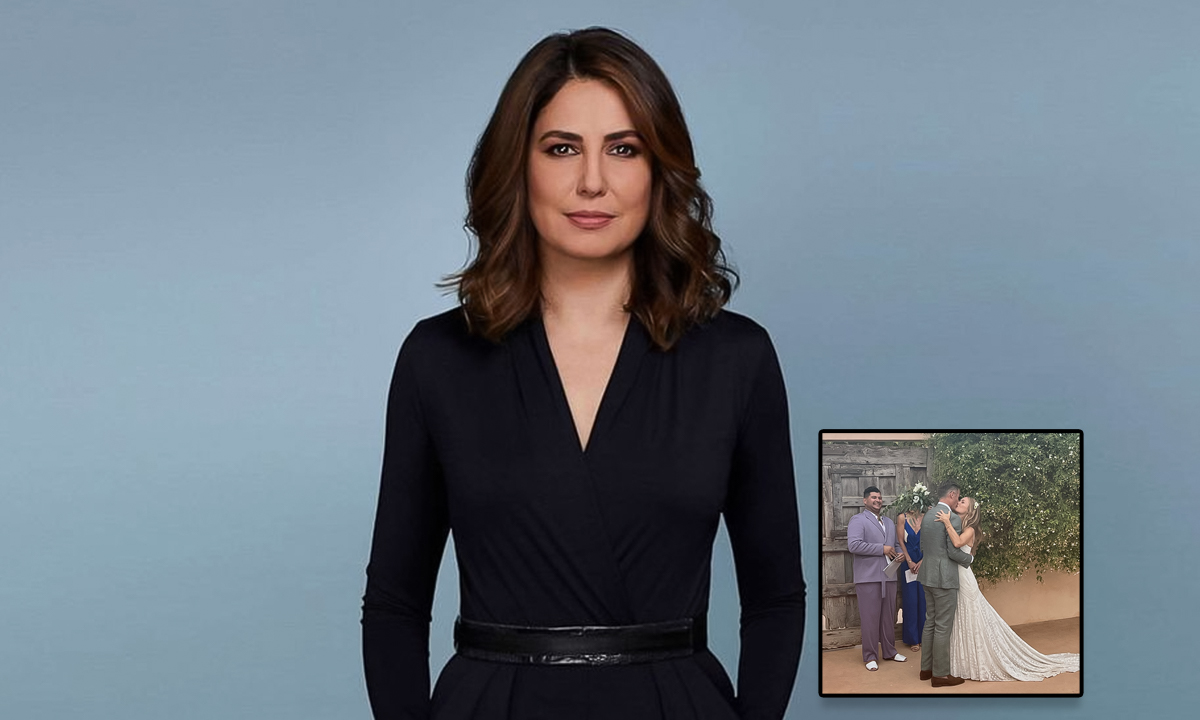 Previously, Vega was an on-air journalist for ABC News as a Saturday news anchor for ABC World News Tonight. She has worked with the ABC network since 2011 and has covered a wide range of stories, including presidential campaigns, natural disasters, and significant news events working with the network.

The journalist recently left ABC to join the CBS News network, as reported by The Washington Post. “This is a dream come true,” Vega said in a statement about her move to CBS. “I am beyond honored to join the ranks of this legendary show and to work alongside the best reporters in journalism.”

Vega used the anchor for the ABC network affiliate station KGO-TV in San Francisco for three years. She won a Northern California Emmy Award for the Best Daytime Newscast in a Large Market during her KGO-TV period in 2010.

While discussing her professional life, fans are also interested in their favorite anchor’s family life.

Talking about her family, Vega is married to Ricardo Jimenez. They had taken their vows on August 16, 2008, and it has been 14 years of their marriage.

On their 14th anniversary, Vega took a moment to post a bunch of photos on her Instagram and wish her husband a happy anniversary.

She captioned her post specifying the 14 years they spent as a married couple. She wrote, “Lucky number 14 (even though we thought it was 13 because yay math!). 14 years since we walked down the aisle to mariachis in 🇲🇽 14 years of crazy adventures (20+ if you count all those years we dated! Are we really this old?!).”

She ended the caption with the words, “14 years of laughing with and at you ❤️ Let’s never stop @ricardozjimenez.”

The couple has been sharing powerful bonds to this date, and Vega has even mentioned in one of her Twitter that she is proud of her husband.

The couple did not have any children until now but seems to be in love with children, as Vega’s Instagram is filled with photos of children. Still, they are parents to their dog, Jalisco Jimenez, whom they seem to be fond of. We can see plenty of photos of their dog in their profile.

Jimenez is a well-respected retired California Highway Patrol officer. He was honored in the past for pulling an intoxicated man to security from a bay bridge’s edge on September 4, 2014.

On July 2015, he was also respected for his noble act with Meritorious Achievement Award by Golden Gate Division Chief Paul Fontana for his activity.

Jimenez had graduated from Loyola University and was an individual from the Latin American Student Organization. Jimenez did a lot to assist Latin architects and other high-tech professors.⁠