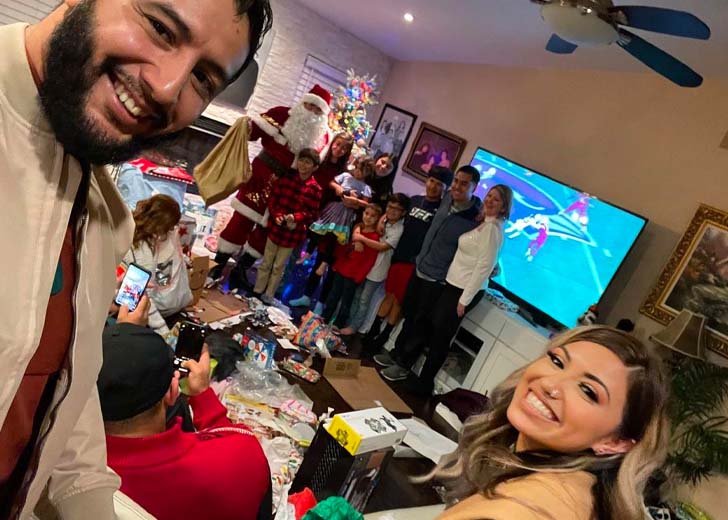 Reyes amassed a 6-0 professional record before joining the UFC, including a victory against Jordan Powell, who appeared to be showboating before getting knocked out by a head kick.

He began working as an IT Technical Support Specialist at Oak Hills High School in Oak Hills, California, in 2017 but left after two years to devote himself entirely to UFC.

The professional MMA made his professional debut in the championship on UFC Fight Night 112 on June 25, 2017, against Joachim Christensen.

The UFC player is ranked #12 among light heavyweights in the UFC as of November 14, 2022. He is famously known as ‘The Devastator’ due to his disastrous kicks.

His MMA records show that among 16 matches so far, he has won seven games by knockout, two by submission, and three by decision.

Dominick Reyes is not married

The couple celebrated their union on August 11, 2022, when Reyes uploaded a number of photos with his girlfriend on his Instagram alongside a sweet message.

The caption read, “Another year with my amazing woman by my side.” Lupian commented on the post, saying, “so grateful, I love you.”

The compilation of posted pictures showed a glimpse of their candlelit meal, beautifully decorated bed, and celebratory cake.

However, nothing is known about the couple, including how they met and their first date.

Reyes’ girlfriend, Lupian, has kept her Instagram private, but her LinkedIn profile does contain some information about her training and work history.

Hailing from Hesperia, California, Lupian graduated with a Bachelor of Arts (BA) in Psychology from the University of Nevada-Las Vegas on May 2022.

Lupian has operated as an administrative assistant at her institution since the year she entered, which was 2017, for over two years. She then began working as a fraud specialist for Bank of America.

As per her LinkedIn, currently, she is open to working as a psychology research assistant, psychology extern, or school psychology intern.

Lauren Margaret Pena was frequently spotted with Reyes in public and on social media and was rumored to be his girlfriend.

After Pena began to show up in his post and with him, she attracted the media’s attention. They frequently went to various gatherings and events, and many thought they were dating.

Unfortunately, Pena is no longer visible on his profile, but the earlier posts remain. Many people believed the two to be a match made in heaven, but this may no longer be the case because Reyes is now dating someone else.